I'm getting a bit of heat from the idiot Right in criticism of their view of Russia the new defender of Christianity. So I wonder how the guys will spin this. 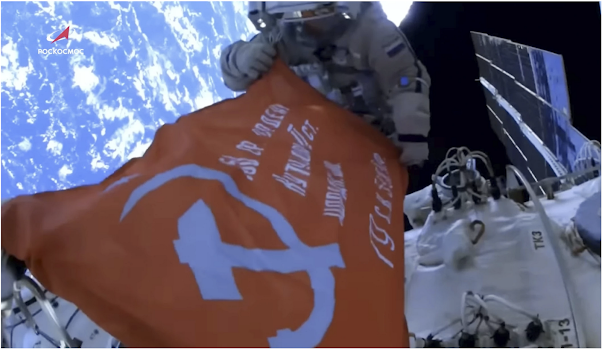 This is the new "decoration" of the ISS courtesy of the Russians.

Russia is rehabilitating the Soviet Union and our idiot "Christian" Right are cheering them on. Let that sink in for the moment. The Christian "dissident" Right is supporting the party of Marx and the Gulag. Let's not forget which country spent millions of dollars trying to undermine the West. A lot of the Globohomo that we have now was a direct result of the subversion policy's of the USSR from a long time ago.

This is why the Right loses all the time: They're too stupid to see that they're supporting the forces that will ultimately undermine them.

Posted by The Social Pathologist at 11:39 pm 94 comments: