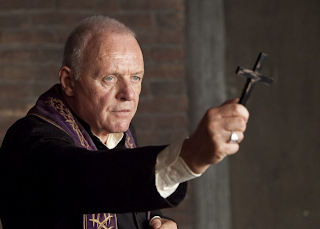 What unites the Left, the "Alt- Right" and Neoconservatism is a contempt of Christianity.  For the Left,  Christianity, with it's regressive morality, is seen as an instrument of exclusion, creating minorities that are unable to achieve full acceptance and equality within the Christian schema. For the Right, Christianity "is cucked" especially with regard to the racial question and is seen as a source of civilisational weakness. For the Neocons, Christianity is problematic, since its civilisational triumph poses a direct challenge to the concept of man as espoused by Atheism, Islam, and Judaism.  The Left and Right directly challenge Christianity, Neoconservatism tries to explain it away.

However, at a deeper level, what unites all three is a fundamental dishonesty with regard to historical fact which aims to either misrepresent Christianity or downplay its role in Western civilisation. It's not that these movements haven't any valid critique of Christianity, rather, their fundamental understanding of Christianity can be rebutted by a cursory perusal of the facts. These movements are ultimately built on lies.

As I've attempted to show on this blog before, Fascism and all the other incarnations of Right modernism have more in common with the Left than the Christian Right. They are the enemy within.

Recent events have demonstrated just how destructive the modernist Right can be.  The Alternate Right initially started off as viable alternative to mainstream conservatism, slowly gaining cultural traction until the movement was co-opted by the Spencer types. The resulting farce crippled the movement and politically alienated it. We're back to square one.

The reason why Spencer and his ilk were able to co-opt and infiltrate is because the nascent alt-Right did not have "purity tests" i.e. ideological standards by which to expel them. Being anti-Left and anti-GOP were not enough since it left  the door open for degenerates anti-Christian Modernists. Is it any surprise then that Milo ended up being the mouthpiece of the Alt-Right.

Once again the Left won and the Christians lost. It's almost as if it were planned.

Any fair assessment of Western identity cannot ignore the pivotal influence of Christianity on it.  Attempts to deny or explain away the Christian component of Western Civilisation are quite simply lies, and incompatible with the Western conception of man or the facts of history. Sure, there were other influences which were non-Christian and there were places where Christianity stumbled but to deny its formative influence on Western Civilisation is proof of malice.

As I see it, any future Dissident Right needs to police its membership to prevent subversion by Right Modernists. The "purity tests" to be used are;

As I see it, these three tests are our garlic, holy water and crucifix that we use to exorcise the modernists from any re-emergent Dissident Right movement.
Posted by The Social Pathologist at 10:12 am 11 comments: