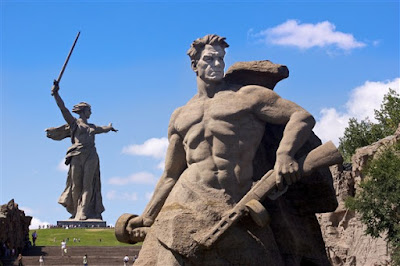 One of the most important concepts in biology is the concept of conditioning. First described by Pavlov, conditioning is the learned association between between an innate response and some other stimulus. It is a powerful mechanism of learning in aversion therapy, i.e. when you want to teach a patient to avoid a certain behaviour. It is worth keeping in mind in my comments to follow.

Now, the reason I bring this up is because of a recent post by Dalrock, Don't blame Heartiste for the equation of Alpha with virtue, which I believe raises an important question with regard to the relationship between the two. Now, in order to help those who suffer from concept conflation,  I want to distinguish between alpha male traits--traits which women find sexually attractive--and the the PUA lifestyle, which involves the bedding of multiple women.  The two concepts are separate and when I speak of Alpha male behaviour, I'm speaking of the specifically of the traits, not the lifestyle.

Now the reason I raise this point is to pose the question: Is it possible to be properly masculine without reference of alpha traits? Or is alphaness something that forms a component of masculinity?

If you look at it more closely, many of the alpha traits which women find attractive aren't explicitly sexual traits but are rather personality factors, which demonstrate a strong internal locus of control combined with a strong sense of social awareness. Can a man be manly without these factors? Personally, I don't think so and am more of the opinion that a man needs to posses some alpha factors in his personality to be properly masculine.

In other words, Alpha behaviour is a component of masculinity and sexual attractiveness is a sort of virtue. A better way of thinking of it is as an Arete, an excellence of masculinity.

As I've argued previously, Christianity has downplayed this excellence and has sometimes been out-rightly hostile to it, and has in may ways laid the foundation for the current sexual dystopia, by blurring the sexual dimensions of the person, seeing moral goodness as sexually androgynous. When we tend to think of a good man for instance, we don't tend to think of him as a attractive muscular personage, rather we tend to dismiss this aspect and evaluate him solely on his character traits. Likewise for women. Christian goodness or badness seems to seems to evaluate the "vessel" in which the moral actor subsists as morally irrelevant. It's hard to develop a theology of sexual polarity when the underlying religious assumptions regard physical sexual identity as if it didn't matter.

The problem with taking this approach is that it become very difficult to then to analyse deficiencies or excellences of sexual polarity within any type of moral framework. Even Christian conceptions of Eros, tend to "decarnalise it" seeing it as an appetitve element, a thing of desire, rather than as a thing of desire for the opposite sex. If anyone doubts this, have a read of Benedict's speculations in his Encyclical Deus Caritas Est, and Benedict is not stupid. This Christian approach to Eros deforms it into a meeting of souls instead of a hedonic delight in the carnal nature of each other. Eros is primarily concerned with the flesh.

Eros is a type of love that brings the opposites together and therefore it's virtues are those which facilitate union. Masculinity under such a framework  must posses qualities which are attractive to the opposite sex, likewise femininity is composed of the qualities which attract the male. The Erotic virtues are those which conform to this ideal and a good man under this analysis is not only a man who is pleasing to God but is also attractive to women. Furthermore, masculinity in this construct becomes a matter of empirical observation instead of some philosophical construct. A component of masculinity must include what women like.

Now telling women to "submit" without reference to their carnal nature leads to some very interesting and poisonous after effects, especially in light of recent psychological research on the subject of disgust. Accumulating evidence suggests that the emotion of disgust is the sexual gatekeeper in women and it's inhibition through the mechanism of arousal is what permits sexual activity to occur.

Which brings us back to the subject of conditioning. If a women is compelled to have sex without arousal, her innate response will be to associate the act with disgust, The thing that needs to be remembered is that this is a "hard wired" biological response not some choice. Over a while,  a conditioned response will occur and avoidance behaviour will set in, resulting in the marital aridity of folklore. Now the good woman may choose, out of her love of God, to grit her teeth and perform for the husband but she will be acting against her nature and gradually, as the cycle is repeated,  the conjugal aspect of the marriage will become dysfunctional. No matter how you cut it, arousal and disgust matter. Eros is more than just desire, it's about the qualities of the other.
Posted by The Social Pathologist at 10:37 am 3 comments: