iFollowing up on my previous post, I thought I would present this following table reproduced from this paper.


Conservatives should reflect upon these figures as they provide an explanation with regard to the rise of Feminism in the 20th Century.

As I've mentioned before, women are intensely social creatures and their preferences for things can be modified by social pressure so the figures should be interpreted with that in mind. Still, the data was obtained from Britain where domesticity still has some credence amongst women, especially amongst the trend setting.


As Ms Hakim has pointed out, women today quite literally have the freedom to mix work and domestic duties without stigma to the degree which they feel comfortable. What the figures above thus represents is the natural temperamental distribution with regard to woman's desire to stay at home as a full time homemaker. What we see is that amongst the British population at least 80% of women would like at least some type of work outside the house.  The majority of women do not want to be at home all the time.


For the Aspergy out there, this does not mean that these women wanted careers, what it means that most women wanted some form of employment outside the home as a result of their natural temperaments.

Prior to full scale implemenation of the industrial revolution with subsequent urbanisation,  life was agricultural, communal and short. A woman was meant to pull her weight on the farm by assisting in the farming duties and raising the children (frequently with the assistance of an extended family). The lot of these women was frequently no different to men. 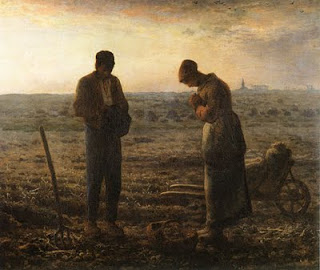 With the advent of the industrial revolution the resultant increase in wealth and urbanisation resulted in women being relieved of their agricultural duties, and given the traditional conceptions of womanhood,  these women were left with nothing to do but look after the husband and children. The forced domestication of these women by traditional society's failure to adapt to social changes ensured that there was an extremely large pool of legitimately dissatisfied women in the late in the early 20th Century.

Of course, the group most motivate to speak about this unsatisfactory state of affairs was the group most afflicted by it, those women whom were temperamentally career orientated. And given the herd wiring of the female mind, these women claimed to speak on behalf of all women, shaming those who disagreed. The rest, as they say, is history.

Just as good marriage will factor in hypergamy so will a good marriage factor in this desire for woman to do other things than just solely look after the husband and the children. The problem is though, that traditionalists did not want, or more probably were incapable of, factoring in this facet of female nature into their conception of marriage.

Just as nature abhors a vacuum, so in the absence of good thought, bad thought will seep in. The midwife of feminism was traditionalism, which by failing offer any alternative to the social pressures that had been formed enabled a quack remedy to take its place. Feminism was the product of traditionalist failure.

1) Whilst human nature remained the same, the intersection of human nature and new social circumstances generated profound dissatisfaction which it refused to recognise.

2)Its understanding of female nature was wrong.

3) It did not provide a satisfactory solution to the problem.
Posted by The Social Pathologist at 12:14 am 9 comments: