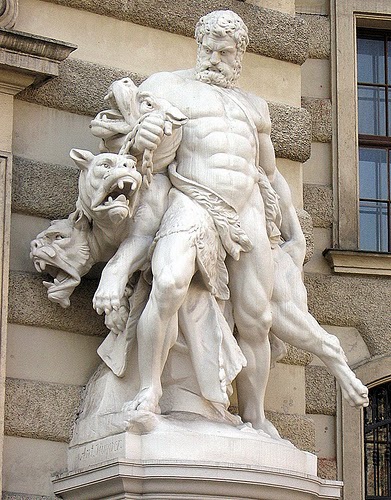 As mentioned in my previous post, one of the facilitators for the rise of feminism and separation of sex and gender has been the predominance of Dualistic understanding of the human person.  Feminism and all the other variants of gender aberration draw their strength from this predominant Western understanding of man and thus any Christian push-back to these movements  must avoid a purely "spiritual" approach to the problem. Calls for more prayer, reflection, virtue on their own, will make matters first by unintentionally re-enforcing the Cartesian duality. The work around to this problem is by balancing the spiritual perfection of man with an insistence on his physical perfection as well. Effectively, what is needed is a muscular Christianity.

If Christians are to be serious with regard to pushing back Cartesian dualism they need to reassert the hylomorphic model. They need to balance the prevailing culture by affirming the goodness of the flesh since according to hylomorphism bodily perfection is but is one measure of spiritual well being.

To illustrate what I mean, consider the following example. A house is an arrangement of building materials according to a plan. It's hylomorphic in the sense that the plan determines the arrangement of the material. Now, assuming that the plan is good, the goodness or the badness of the house is dependent upon how faithfully the material is arranged to the plan. A good house reproduces the plans perfectly, a bad house is one that is deficient in some way, say, in workmanship or quality of materials.

On the other hand, the materials and workmanship may be good but the plan is flawed. For example a house that is designed in such a way so that it is almost guaranteed to leak (see Frank Llyod Wright) is a bad house. It's bad because it doesn't conform with our pre-conceived conceptions of what constitutes a good house. Therefore a house may be defiecient in either workmanship, materials or design.

Now biological sex needs to be seen as the physical instantiation of gender, or in other words, the "plan" of the human being.  A man is the biological instantiation of the masculine form whilst a female is the instantiation of the feminine. Masculinity and femininity are therefore not something "tacked on" to the body but rather physical states of human being. It also needs to be understood that masculinity and femininity don't just code for the sex organs but their imprint is felt at the level of biochemical processing, neurological wiring, skeletal structure, muscular placement etc. Gender permeates the entire human being and so the dichotomy between gender and sex is false. Gender and sex are one.

Now, masculinity and femininity need to be seen to be seen as akin to "house plans" the proper expression of the plan may be frustrated by disease, mutilation or neglect. Shoddy workmanship or material may impinge upon the expression of gender and therefore gender deficiency needs to be seen as a privation of instantiated form. The interesting thing here is that this privation of gender assumes a moral dimension when it is deliberately chosen. In other words, deliberately making yourself less masculine or feminine, either through neglect or by choice, is an evil. Caritas imposes a moral duty to stay true to our gender type.

But how do we determine what constitute perfection in form when it comes to gender? The feminists could quite literally argue that we are simply defining form according our own conceptions of it and therefore there is no such thing as "objective form".

The feminists have a point, in that our conceptions of gender have a certain degree of subjectivity to them. But the accuracy of our subjectivity is one of degree and not of direction. In this famous image, which is a morphed average of the faces rated on "Hot or Not" 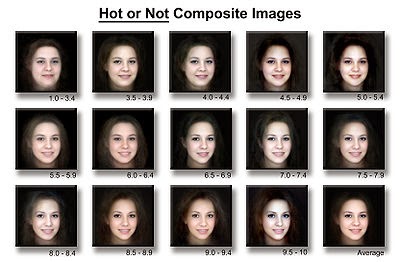 there is a clear variation in facial morphology between the least rated and the most.  Something which would not be present unless there was some type of predetermined human response to facial beauty.* In nearly all higher order civilisations, there appears to be an extraordinary degree of congruity with regard to conceptions of masculine and feminine beauty which leads to the conclusion that there must be some kind of genetic basis to our response to beauty.* There is a certain degree of objectivity to the issue.

What is masculine or feminine, therefore, is not determined by philosophical argument, or social construct, or power relationships, but by our human response to the experience of it.What's masculine is that which is what we feel to be masculine and likewise for femininity. The summed human experience of them are therefore accurate guides to their essential natures.

The reason why we find the fat, weak, deformed or disfigured unattractive is because our biology elicits a noxious response to their presence. Our biology therefore has a strong influence with regard to our determination of  physical beauty and we are hard wired to be drawn to the beautiful. (i.e. that which has a perfect form)

The hylomorphic critique of feminism therefore is on two levels:
The hylomorphic critique has nothing really to say on the legal status of gender except insofar as any law or legal privilege leads to a privation of form.  i.e. legislating women to be combat soldiers.
Here the critique is not that woman cannot perform the duty but rather that duty "defeminises" her and thus makes her less of a woman even though she may be a good combat soldier.

The Christian approach to feminists is thus to call them out as being less womanly than they should be. The problem with feminism and genderism of any kind, is not that it turns them into the opposite sex, it turns them into deficient human beings.

*Roissy's running a female attractiveness survey. The congruity of the ratings are proof of the relative objectivity when it comes to assessments of female beauty.

*Neoreaction needs to embrace bio-aesthetics in order to combat the crappiness of modern art and architecture.

Posted by The Social Pathologist at 11:31 am 14 comments: