Some thoughts on Economics. 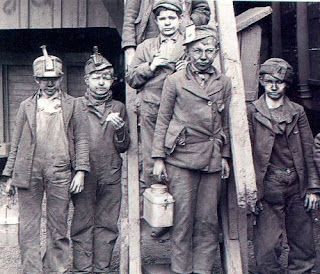 Recently Ferdinand Bardamu put up quite a good post arguing the merits of a guaranteed living income. Voxday has also put up a couple of good posts arguing against the merits of unconditional free trade. Both have taken positions that I support with some reservations, but what is interesting to see is just how much opposition they have had from conservatives, particularly economic libertarians.

Assuming all other variables are held constant, economic liberalism is the best way to maximise growth and world prosperity. Free trade, prudently minimal regulation of the market, property rights and "sound money" are the best way to increase wealth. I think many economic libertarians think along the similar lines when they criticise the two above mentioned bloggers. The problem with many of these libertarians though is that they can't see past the "economics" of the question and recongise that economic activity does not exist in isolation but is intimately intermeshed  in the social and political dimensions of the real world.

Take for example the concept of a minimal living wage.  There is no doubt in my mind that setting a "floor" on wages will result in the non-viability of certain business arrangements. In other words, there will be less business activity and hence smaller economy by doing this. However having decent minimal wages means that there are less destitute on the streets, less child labour, less proclivity for social revolution and less incentive for crimes of need.

Socialism was not born in a vacuum. It's fertile feeding ground were the poor, especially the labouring industrial poor,  swelling in multitude with the idustrialisation of Europe and America.  The resentment felt to their capitalist masters may have been justified or not, but it was a resentment that was exploited to assist the birth of Socialism.

Efficient capital allocation is only possible in a society of human beings that allows it. If the society puts a stop on it, capitalism dies. Therefore the primary aim of any good capitalist is to ensure that society remains in such a state that allows capital allocation to the degree in which it is possible in that particular society. The good capitalist wants to avoid the capitalism that pisses the majority of the people off.

Likewise, free trade is another example of their inability to see the bigger picture. I'm all for free trade but it needs to be recognised that free trade has its trade offs. The more free trade the more interdependent the countries become and this in turn limits the independence of a country. Australia is a strongly pro-human rights country, except when it comes to China. Perhaps it being our biggest trading partner has something to do with it?

The point I'm trying to make is much like the point I was trying to make on my post on Engine Failure.
Ensuring that the "economic engine" runs long term probably means running the engine at sub-maximum potential,  the limiting factor not being the "economics" but the other parameters and components which make up the economy.

This difference between the maximum theoretical and the maximum practical economy is the "price" we pay for system stability.  I think it is money well spent.
Posted by The Social Pathologist at 10:27 pm 9 comments: