Cleaning Out the Closet. II 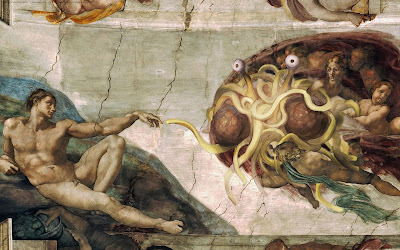 Politically, the most interesting thing that has happened to the Right has been the growth of its dissident faction, the Dissident Right(DR), a faction disgusted with what passes as the mainstream or institutional Right.  This dissident faction can be thought of as the overriding name for all the separate Right groups that are opposed to the current conservative status quo.  It's  not a unified force rather it's a collection of disparate groups that can be broadly categorised on how they approach the problems of politics and philosophy. As mentioned in my previous post the Dissident Right can be broadly divided into the "feeling Right" which is typified by the Alt-Right and the "thinking" Right which, I feel, is typified by Neoreaction.

Neoreaction, by its very nature, is an intellectual exercise  and therefore is always going to be a minority position. As Stanovich and cognitive science have previously demonstrated, the majority of men are "feels"  rather than "thought" driven. The Alt-Right, as mentioned in the previous post, is primarily a "feels" driven phenomenon and as the dissident right grows in numbers it is to be expected that the feels component will assume a greater significance. This is a problem.

Unfortunately, "feels driven solutions" are typical mob solutions, which tend to be violent,self-destructive and self-corrosive. Fascism (in all its variants) was a "feels" driven response to the problems of the early 20th Century and we all know how that ended up. The problem with the entryist invasion of the dissident right is that they are going to exert an influence on it simply by virtue of their mass, the task at hand is how to stop the mob from going stupid. This I feel is the role for NRx.

What distinguishes NRx from the Alt-Right is concern for the facts. The Alt-Right has no need for facts, it wants to embrace the myths, to be on the side of the God's  and, in that way, resembles some of the worst aspects of the Left (who were on the side of the Angels in Vietnam, for instance.) For Neoreaction, empirical observations matter and NRx forms its opinions and insights from the due consideration of the them.The critique of universal democracy, for instance, is not grounded in a "preference" or bias for for other systems of government, or the myth of aristocracy, rather it comes from a considered understanding, based upon the empirical observations of the "average voter". If Neoreaction had a motto, it would be Solzhenitsyn's, "Live not by lies".

What unites all of NRx, in my opinion, is a concern for the Truth. We may quibble on points of the truth but real problem is in what  divides NRx, and that is the scope of the truth.  I don't think many in NRx fully appreciate that contemporary NRx has a very deep metaphysical problem, which is best explained by the fact that NRx can itself be divided into two groups: Positivist (+) NRx and Non-Positivist (-)NRx.

Positivist NRx is most typified by the Moldbuggian strain of NRx.  This issue at stake here is the understanding of Truth and Reality. In +NRx what is considered a valid truth is defined within the positivist metaphysic, a metaphysic which is shared by both the Left and +NRx . +NRx is therefore, simply, an intellectually honest, and better form, of Positivism.

It needs to be understood that the Left is, in many ways, cognitively like the Alt-Right. It's largest contingent, the mainstream Left, is a culture which subordinates fact to myth,i.e the myth of radical equality, with "the feels" being the overriding imperative. However, there are a very few serious thinkers amongst the more intelligent Left, and the prevailing metaphysical system in which they operate is Positivistic.  The serious Left have always had an ambivalent attitude towards the truth, being willing to subordinate it for a greater cause, but where truth is admitted it is always done within the framework of Positivism. Therefore what distinguishes the a left positivist from a NRx positivist is the willingness to be believe in dishonest propositions.

Therefore we can define Leftism as;

However, and this is the kicker, error does not always have to be deliberate, sometimes its unintentional. Thinking is hard, reasoning is flawed, frequently biased and honest mistakes are made. The logic however is inescapable;

What separates the two is malice not epistemology.

If you think about it a bit you get a bit of shudder when you realise that Moldbug is an unwitting plant.

Now, there's error and there's error. Errors in the physical sciences are unlikely to affect societal stability, errors in the our understanding of how humans interact are liable to be civilisation destroying.  Things like sexual morality may have a more profound effect on societal stability than, say, how you arrange the political governance of a country. The point being, that you have to have the capacity and intellect to see the toxicity, if you're an +NRx who can't see it, your societal prescriptions will mirror the Left, in either of its Marxist or Fascist variants when it comes to such matters.

Good quality +NRx thinkers will make few mistakes and therefore have a better grasp on reality but the "honest", poorer thinkers are the epistemological equivalents of Leftists. No matter how good any +NRx thinker is, he is still stuck within the confines of Positivism and when +NRx goes "bad" it goes Left. +NRx is unable to escape Modernism/Leftism because their underlying metaphysics are its foundations.  They are stuck in the Left Matrix and there is no way out.


The great divide between the past and modern world lay in our understanding of reality, Positivism was a reduction in recognition of the scope of it. The pre-moderns, and most of the world bar the West,  holds the view that there is more to reality than can actually be "accessed" by our biological senses. Religion was the principal access path to these other verities and hence the importance of it in non-Positivist societies. Non-Positivist NRx, (-NRx) takes religion into account by explicitly rejecting the implicit limitations of Positivism and views religious insight as akin to empirical data.  As mentioned in a long previous post, Faith is a sensory modality.

Relgious faith, particularly the religious faith of the West serves therefore as another dimension of information in the analytic of -NRx. -NRx doesn't reject  the empiricism of Positivism, rather it sees its data set as incomplete. -NRx needs to be thought of not as anti-positivist, rather it is supra-Positivist. Science still matters, but so does the "faith" data. In -NRx there is NO conflict between faith data and empirical data, rather, reason aims to find a reconciliation with both since the truth is a singularity, incapable of contradiction.

It needs to be understood that Positivism's unrelenting march throughout the late 19th and early 20th Century came about because it was the first to consistently apply the principle of the primacy of empirical data over theory, despite its simultaneous reduction of the scope of it. It insisted on reason being "calibrated" to real world findings. Tradition and custom were unable to achieve this calibration and thus were pushed aside as Positivism "delivered the goods" in the form of technological progress. The tragedy of the 20th Century has come about because traditionalism was unable to deal with Positivistic success.

-NRx takes the principal of the primacy of empirical data over theory and incorporates it into a wider data set.  -NRx is a sort of fusion between traditional concepts of the scope of empirical data with the positivist insistence on the primacy of data. It's a fusion product. This, however, puts -NRx explicitly against traditionalism, insofar as traditionalists elevate custom above the truth. This, itself is not a bad thing, given traditionalism's utter failure to combat the Left. New approaches need to be tried.

I personally don't think any political program on its own is going to work. What is needed is a spiritual renewal of the West but the traditional spiritual "institutions" have proved themselves unable to face the challenge of modernism. It is my hope that -NRx will act upon these institutions to instill a "bottom up" renewal of Western society, instead of a "top down" Franco like solution which has failed in the long run. Politics matters as well, but the primary task now is to reform the religious institutions of the West, still  I feel -NRx has a role in stopping the "feels" right from drifting and becoming too crazy.

The pathogen that is eating away at the institutions of the West is not a lack of scientific knowledge but moral decay.  Intelligent but corrupt officials destroy the efficiency of government, Hi IQ cads and whores destroy the institution of the family, Journalists lie, Doctors murder, Judges administer social justice instead of law, and everyone lies. That's why any revival of the West will primarily consist of a moral revival and not a technological solution. The excluded data set must be incorporated else there is no way out.

Posted by The Social Pathologist at 10:17 pm 24 comments: