Modernity: The Way We Were 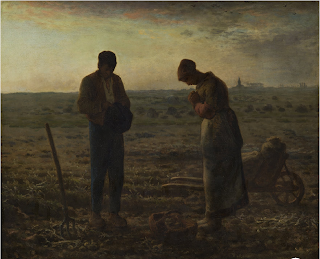 Those who express regret at the passing of the level-headed, vigorous, hard working countryman of yore have no idea what he was really like-no more, in many cases, than his contemporaries had. As Philip Gaskell observes, of the Scottish Highlander in roughly the same period: "He lived not in· picturesque, rural felicity, but in conditions of penury and squalor that can only be fairly compared with those of a famine area in contemporary India, and that were tolerable only because they were traditional and familiar" .


One of the books which has strongly shaped my interpretation of modern history is, Peasants into Frenchmen: The Modernisation of Rural France, 1870-1914 by Eugen Weber. The book has won numerous accolades and is considered one of the influential texts of modernisation theory. Weber has a great writing style and the genius of the book is writing it from the perspective of the peasant/worker rather than from the vantage of the upper or intellectual class. Through numerous anecdotal examples of the effect of modernisation on the "little" people, Weber is able to convey the profound changes and transformation of the traditional French way of life that it was able to effect.

I think many of the traditionalist intellectuals who despair of the changes modernity has bought about tend to focus on the intellectual and philosophical developments which enabled the modern degeneracy. But what is often ignored in this analysis is the profound way technology and organisation, morally neutral things in themselves, utterly uprooted the traditional way of life independently of any corruption of ideas. It's not just the ideas but the "environment" matters as well.

Weber, while taking a humanist approach, is not a sentimentalist and his description of pre-Modern France, i.e the France of the recent Enlightenment is pretty brutal, and dispels any notions of a of an idyllic Christendom of milk and honey that is so often intimated by Christian Traditionalists. The life lived by the average man prior to modernity was strictly local...and hard.  Through page after page Weber describes the grinding affect of poverty on peoples lives. Death through overwork, neglect of those who cannot produce, risk aversion--which stifled innovation--and poverty, endless poverty.


Peasants in Upper Quercy began work at dawn, ended late at night, often went to work their own plot by moonlight after having worked another's land by day. "No more rest and no more easel" lamented a landowner near Nantes in 1856. "Everyone scrimps, ... works without care for rest or food, ... to buy a plot of land from some neighbor ruined by usury ."

The more ambitious you were, the harder you worked. Benolt Malon's father, employed on a Forez farm, was free to work his potato patch and his kitchen garden on Sunday after church. He died at thirty-three of pleurisy, which he contracted as he hurried to get to his freshly planted potatoes. As late as 1908 in the marshlands of the Vendee a man farming four hectares with only a spade (thus able to work no more than four ares a day) left home at five in the morning, returned at seven in the evening, and never saw his children. · Hard labor without chains-to which one remained bound by necessity and from which only death could bring release.

The other impression that Weber is able to convey is the sense and primacy  of locality in the Pre-Modern world. For many people, life was lived almost entirely within a circle of ten miles across. Isolation meant that ideas and customs arose endogenously and locally with the result that each region developed its own unique identity. On the other hand, the isolation locked the community out from the outside world and its ideas.

The only "trans-local" institutional presence in these rural areas of France was the Church which usually formed the focus and defacto administrative body of the locality. In essence, given the environmental and technical limitations it had a captive market and over time it developed a symbiotic relationship with its communities. Time, as well as agricultural production, was organised through the Church calendar, knowledge was dispensed by the priests, all significant events such as births, deaths and marriages had a religious involvement. A local public celebrations and feasts were usually Church run affairs. Religion and agricultural localism had become integrated.

But the religiosity of the people was not one of doctrinal purity, instead it was mixed with a strong sense of magic and superstition. And while many of the priests were conscious of the mixture and tried to rid the peasantry of these unwanted additions to the faith, the fact was--as Weber demonstrates through numerous anecdotes--an accomodation was reached whereby the Priest tolerated--and frequently suffered--for these foibles of the faithful.

But what I think Weber conveys quite well is how Pre-Modern society was the way it was because of the interplay--and equilibrium-- between cultural factors and physical constraints. And this is really important, because modernity is not just simply the consequence of "bad philosophy" but its also the consequence of technological advancements which were able to break down many of the constraints of the past, destroying the equilibrium.  Once you recognise this important point you realise that technology is as much of a solvent Old World as are some of the corrupt ideas of certain strands of the Enlightenment.  Christian restorationists, wanting to go "back",  have to reckon not just with bad philosophy but also with good technology,  that point being that any restoration of the Old World is impossible except apocalyptically.

In essence, what Weber's book does is demonstrate to a certain degree, Lewis Mumford's thesis in Technics and Civilisation: namely the key feature of modernity is the increasing integration of the machine into civilisation with the consequent possibilities and transformations that it brings. Mumford also recognised that while the machine was integral to the modern world the direction which the modern world took was a function of the values to which the machine was applied.  Any Western restoration, which in my opinion requires the rebuilding of Christianity, is going to have to stop trying to restore the past but will instead have to rely on the capturing of modernity.

Posted by The Social Pathologist at 9:10 am 10 comments: