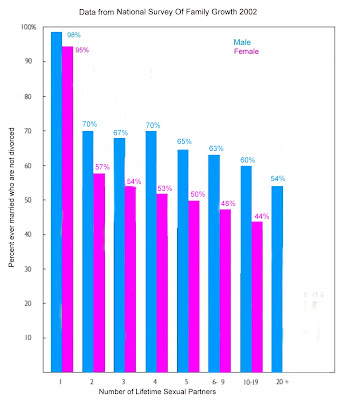 It's interesting to note that male promiscuity does not seem to affect marital stability as much as female.
Posted by The Social Pathologist at 6:29 am 26 comments: