Some thoughts on Secularisation 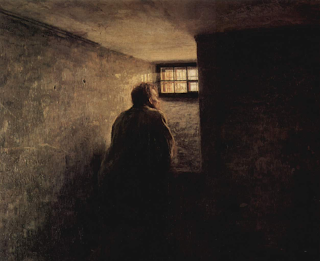 One of the things that has been occupying my mind for quite a while now is the process of  Western secularisation.  Despite what the fedora-wearers say, we've gone from a culture that was highly religious to a culture where religion doesn't really matter at all. I have read a few books on the secularisation  process and there have been good insights in some, I haven't really read a book which has provided a convincing theory. I think it is a truism that  there are many factors which have  contributed to the secularisation,  there is perhaps another dimension to this problem that is missed when tackled by mainstream sociological analysis.

This traditional approach tends to see secularisation as a emergent phenomenon bought about by the application of science and reason to traditional society.  Implicit in the view is the notion that science and reason are religous solvents and are  incompatible with it.  This is the traditional Positivistic view and despite their best intentions, knucklehead Trads play into this frame, keeping it alive, every time they rally against "da Enlightenment", seeing it as toxic to Christianity.

St Thomas would not be amused.

The approach I intend to take is theological one, and where I want to start with is a little bit of scripture;

Now when Jesus came into the district of Caesarea Philippi, he asked his disciples, “Who do people say that the Son of Man is?” And they said, “Some say John the Baptist, others say Elijah, and others Jeremiah or one of the prophets.”  He said to them, “But who do you say that I am?” Simon Peter replied, “You are the Christ, the Son of the living God.”  And Jesus answered him, “Blessed are you, Simon Bar-Jonah! For flesh and blood has not revealed this to you, but my Father who is in heaven[ED].


No one can come to Me unless the Father who sent Me draws him [ED}, and I will raise him up at the last day.


Now, what's interesting in both of these passages Christ explicitly alludes to the notion that belief in Him--as God's son-- is contingent on some kind of operation by the Father upon the believer.  I don't want to get into the mechanics of what this operation is, the point is that belief in God is not a simple intellectual operation of the believer alone, rather something else must be added to the human person in order for there to be sincere belief. As I've said before, faith is a perceptive noetic sense and and it is only after God has passed onto the individual some kind of potency that the individual is able to "see" and "hear" the truth of the Christian claim.

Now, while it may be possible for some kind of ersatz like "faith" to be produced through social engineering or philosophical argument it is impossible for true faith to arise in this matter.  Factual instruction and logical presentation of the data is not enough. The important point to recognise is that faith is contingent upon divine agency.

But if this is indeed the case then the implications of this line of thought raises some rather disturbing questions, especially with regard to the relentless march of secularisation.

Now if that's the case, then for us who are Christians, we've got a serious problem, since any type of "managerial" solution is not going to work unless God is on board, no matter what we do.

You see, if God by his own free choice, chooses to infuse the virtue of faith into an individual, it really doesn't matter what kind of environment the person is in, they will see the truth of the Christian faith and have the capacity to believe. We actually see this stuff happen all the time.  Conversion stories are replete with individuals who were unbelievers living in Christian hostile environments who suddenly saw the light. St Paul's conversion is a case in point: from hostile persecutor to christian missionary, in a flash: He turned on a dime.

On the other hand, we all know of individuals who are absolutely stone cold on the faith yet were raised in solidly Christian environments. And disbelief is not necessarily a consequence of living a life of debauchery and sin, there are many who live quietly virtuous lives but are simply unable to convince themselves of the truth of Christian propositions.  Nor is disbelief always due hostility towards the faith. There are other individuals out there who are very sympathetic to Christianity who want to believe but simply can't. Whatever His reason, God has chosen not to give these people the gift of faith.

The disturbing line of thought here is that secularisation is, at least,  partially due to God holding back.

Like most Christians, as a result of my upbringing, I always had this conception of God as "always being there" for those who wanted to believe. That faith was somehow just a matter of chosing to believe and that God would take care of the rest. But that line of thought does imply a certain lack of agency by God. It also tends to contradict scripture which implies that it's God that does the picking and choosing of who gets to believe and not man.  I don't think I'm being heretical here in asserting that faith is a gift from God and not a right of Man.

But if this is the case, then why is God holding back?

Since I don't have a direct line to God and He doesn't consult me on these thing my thoughts on this matter are speculative, but at the moment my thinking is anlong two lines.

The first line is more "Traditional" in nature, in that God is holding back because we are so wicked and has abandoned us to our ways. Scripture clearly indicates that faith is a "two way street", in that the believer has not only to be guided by this noetic sense of faith but also has the responsibility to nurture it, as neglect will result in its loss.  For example, if you know that fornication is wrong but continue to fornicate, with time the sense of its wrongness will be lost.  The idea here is that sin progressively destroys faith.

If this is indeed the case then we're screwed. By traditional standards we're a modern Sodom with vice and sin being ascendant. Passing some critical point a while ago, we've entered a positive feedback cycle which we cannot escape. The only way to break this cycle is by some deliberate act of God and that's something we cannot assume will happen.  God's justice demands that we be damned for our sins and  and we cannot presume on His mercy. As the priest told Whittaker Chambers, who's to say that the West deserves to be saved.

The second line of thought which is increasingly occupying my mind is the notion that God is holding back because--as a loving God-- he is "protecting" the people from a distorted faith. While  he while he may not like a "Godless society" he much prefers it to one based on a "distorted" Christianity. Better let the people lapse into a healthy Paganism or Utilitarianism than Methodism, or a Catholicism that seems unable to deal with the simple issue of sexual abuse.  What I'm trying to say is perhaps a kumbayah/integralist Catholicism is more offensive to God than a honest atheism, hence--for their own good-- he keeps people atheist.

I know that this may shock some people since it implies that a lot of the secularisation that has occurred in the 20th Century may have a degree of divine input into it, but theologically, I imagine from God's perspective, that a perversion of the faith would seem to be worse than atheism, since the perversion masquerades as a truth. If this latter thought is indeed the case, then Christianity does not make a comeback until it gets reformed to God's pleasure. It's only at that point that the faith "tap" gets switched on and society becomes desecularised.

And by reform, I don't mean code for reform according to my i.e. Slumlord's pleasure. What I mean is deep examination of where it all went wrong, and correcting the mistakes. My own analysis of the problem points me in many directions, some of which I've written about in previous posts. Now, I could be wrong about some of them but the important point here is that what is attempted by the Christian community is a movement towards what God wants with a recognition that there has been error.

Now, there may be other reasons as to why God is holding back the faith, but the important point that I wish to bring across here is that any understanding of the secularisation process can't simply be done from a secular frame without any acknowledgement of an element of divine agency. I think one of the reasons why we've been so bad at fighting the secularisation process is because we act and think like secularists instead of Christians.

Posted by The Social Pathologist at 8:58 am 18 comments: