Yes Vladimir, it's all About Transparency. 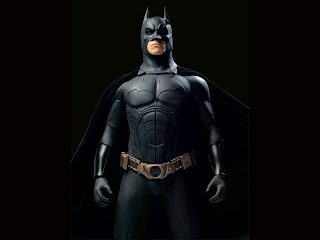 Mr Assange seems to have some pretty powerful friends.

Vladimir Putin has chimed in for the cause.

Yeah...........Vladimir is all about openness and accountability.

Perhaps he will support him financially. The Batcave needs a Batmobile.

Anyone for some polonium?

Posted by The Social Pathologist at 9:00 pm 3 comments:

I don't like Julian Assange. I feel that his compromise of the U.S. diplomatic cables should earn him a spot in prison. I know many people disagree with me, but I have a feeling that his supporters will end up with egg on their faces.  Whilst I think he should go to prison, it should not be on the grounds of rape, as clearly his actions in Sweden in no way constitute rape.  Roissy's take on the motivations of probably spot on. These "victims" are spurned groupies who want their "revenge". The fact that a country like Sweden has criminal prosecutors who can construe rape out of what many people would consider consensual sexual relations, shows just how politically correct Sweden has become. Sweden is ruled by a Feminist Taliban. 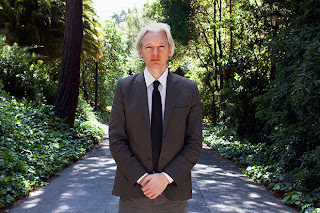 Whilst many people are hot under the collar about the rape charge against Assange(justified) I'm more interested in the man and his motivations. Several stories have been slowly been bubbling up on the internet, and whether this is a third party source of disinformation, I don't know, but they seem to point to a less than savoury character and someone who is not entirely objective when it comes to "transparency"

The first article is from Der Spiegel. ( I regard this as a reliable source of information):

Firstly, I wasn't aware that there was such disagreement amongst the staff. I understand that employees can disagree with the boss and his style of management but this quote seems to indicate something else at play.

Take the US Army Afghanistan documents at the end of July, for example. The video of the air strike in Baghdad in 2007, "Collateral Damage," was an extreme feat of strength for us. During the same period of time we also could have published dozens of other documents. And through our rising recognition in the last six months, we have again received a lot of material that urgently needs to be processed and published.

Schmitt: No, pressure from the outside is part of this. But this one-dimensional confrontation with the USA is not what we set out to do. For us it is always about uncovering corruption and abuse of power, wherever it happens -- on the smaller and larger scale -- around the world.

It appears that "employees" want to expose corruption around the world, Assange seems more intent on highlighting the U.S.'s shortcomings.  I'm not an uncritical supporter of the U.S. but why the slant? Why don't the Russians, French, Polish, etc feel the heat?


More of the same from this article.

The next article is,  TIME's Julian Assange Interview: Full Transcript/Audio.
(I regard time as a less reliable source than Der Spiegel, but reliable still)

JA: Let me just talk about transparency for a moment. It is not our goal to achieve a more transparent society; it's our goal to achieve a more just society. And most of the times, transparency and openness tends to lead in that direction, because abusive plans or behavior get opposed, and so those organizations which tend to commit them are opposed before the plan's implemented, or it's an exposure or something previously done, the organization tends to lose a [inaudible], which is then transferred to another, and then we [inaudible] organization. For the rise of social media, it's quite interesting. When we first started, we thought we would have the analytical work done by bloggers and people who wrote Wikipedia articles and so on. And we thought that was a natural, given that we had lots of quality, important content. Surely it's more interesting to write an article about top-secret Chinese [inaudible] or an internal document from Somalia or secret documents revealing what happened in [inaudible], all of which we published, than it is to simply write a blog about what's on the front page of the New York Times, or about your cat or something. But actually it turns out that that is not at all true. The bulk of the heavy lifting — heavy analytical lifting — that is done with our materials is done by us, and is done by professional journalists we work with and by professional human-rights activists. It is not done by the broader community. However, once the initial lifting is done, once a story becomes a story, becomes a news article, then we start to see community involvement, which digs deeper and provides more perspective. So the social networks tend to be, for us, an amplifier of what we are doing. And also a supply of sources and for us.

That's right. Julian decides what's necessary to achieve our Just society and in collaboration with Journalists feeds it to the proles. The social media merely a mechanism to spread prole feed. He is about controlling information to achieve a "just society". This isn't an orginisation meant to "energize" and empower the people, it's an organisation designed to control the people. Note, the important role the official media gets to play in this. This type of selective reporting to achieve a "just society" has been seen before.

Then there is this article in the Haaretz (Reliable source but left wing.)

WikiLeaks founder Julian Assange on Wednesday defended his disclosure of classified U.S. documents by singling out Prime Minister Benjamin Netanyahu as an example of a world leader who believes the publications will aid global diplomacy.

"We can see the Israeli Prime Minister [Benjamin] Netanyahu coming out with a very interesting statement that leaders should speak in public like they do in private whenever they can," Assange told Time Magazine in an interview on Wednesday, days after his online whistleblower published thousands of secret diplomatic cables.

Look, even Israeli's regard their politicians as corrupt. No matter what your position on Israel, Julian's blessing of Netanyahu is a bit rich. This from one of the leaked cables.

Binyamin Netanyahu, Israeli prime minister, is “elegant and charming” but never keeps his promises, according to a cable from Cairo.

The "corrupt" Americans think him a liar but Julian is pushing him as some kind of fellow traveller.
What gives?

Normally I would regard articles from the Syria Truth as pure tinfoil, but as several commentators have pointed out, damaging cables concerning Israel have been rare. Particularly, comments concerning the recent war in Lebanon against Hezbollah. This is odd, given the enormous interest that the U.S has in Mideast politics. Sometimes what's interesting is not what's in the cables, but what's not.

This article seems to suggest that Assange met with the Israelis in Switzerland and they bought him off. (Use Google translate) Perhaps Assange's desire to negotiate with the U.S. state department was not only based on a desire for harm minimisation. You sort of wonder? It could all be bullshit.

I want to make it perfectly clear that I don't think that Assange is an Israeli agent, rather, he is a "businessman" who is prepared to do deals. I think that had the U.S. state department been a bit more "pragmatic" far fewer cables would have been released.  Maybe this is all unwarranted and my distrust of Mr Assange unfair.

But check out Wikileaks new headquarters.
Clearly, they're doing it tough.

I think his supporters will be disappointed.

(Note. Any Anti-Semitic comments will be immediately deleted. Fair criticism of Israel is acceptable, but if I feel it crosses the line, it's deleted. No argument will be entered into. I'm quite happy to censor.)
Posted by The Social Pathologist at 12:46 am 14 comments: