Marx and the Feminine Imperative. 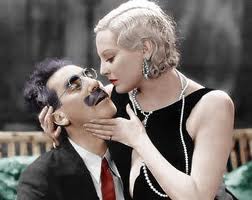 Cultural Marxism is a term bandied about quite loosely in the manosphere and the imprecision in it's use causes much confusion. For some, Cultural Marxism is a term to describe the progressive leftward shift of culture, for others it's an analytic approach used to understand the world. In this latter instance, the term that really should be used is Conflict Theory (itself heavily influenced by Marxism). If you want to know why Feminists, Fat Advocates  and MRA's sound the same it's because they both explain the world with near identical variants of the same approach.

In essence, Conflict Theory posits the existence of identifiable groups who exist to exploit others for their own benefit. It's akin to the Marxist notion of the bourgeois setting up society in order to exploit the workers. Note, Conflict Theory doesn't admit the existence of any legitimate theory of social structures, seen also such structures as exploitative, hence the person who uses this approach will be profoundly anti-authoritative. Conflict theory can thus count on anyone who wants to push radical equality (Communists, Femminsts, Anarchaists, Libertarians etc) for a sympathetic hearing.

As a theory of social analysis, it's a tailor made cognitive solution for the simpleton common man in trying to understand his troubles. It absolves any responsibility for any problem because it's always someone else's fault. They after all are "oppressed." The solution to all problems involves getting rid of the oppressors and once that happens, a nirvana of happiness will ensure. When it doesn't, the task at hand is to find another group that is doing the oppressing, and thus the circle of conflict continues.


For one gender to realize their sexual imperative the other must sacrifice their own [Ed] This is the root source of power the feminine imperative uses to establish its own reality as the normative one. From this flows the rules of engagement for dating / mating, operative social conventions used to maintain cognitive dominance, and laws and legalities that bind society to the benefit of the feminine. From this is derived men’s default status as the ‘disposable’ sex, while women are the protected sex. It’s this root that the imperative uses to excuse (not apologize for) the most blatant inconsistencies and atrocities of women.


One issue many of my critics have is that in exposing these inconsistencies, these operative social conventions and the latent purposes behind them, my writing (really most of the manosphere) seems to take on a conspiratorial tone. I can fully appreciate this, and it might shock a few readers to know that I reject much of the popularized MRA perspective in this respect. I agree with an MRA perspective in a rational analysis to a certain degree, but there is no grand conspiracy, no secret mysterious cabal pushing a negative perception of masculinity – and this is exactly why what I outline on this blog is so pervasive. There doesn’t need to be a unitary group of ‘anti-men’ bent on some melodramatic goal of world domination; because this feminized ideal is already embedded in our socialization. Fem-centrism IS our collective social consciousness.

I've got to admit, to me it appears a classic Marxist analysis of the situation and I reckon that the charge, that this understanding of the relationship between the sexes is classically Marxist in nature, stand.

The problem with this approach is that it intrinsically pits women against men and tars all women with the same brush. Now, I do think that the Feminine imperative holds true, especially for the avowed feminists, but for the average woman,  I don't think she wakes up in the morning desiring to consciously or unconsciously screw men over.

But..... Rollo and Dalrock's highlighting of the subject did get me thinking and I think something else is happening. I do think that the effects of the feminine imperative are real but what is enabling this is not some underlying power conflict but something more complex and therefore harder to understand and tackle.

Our current Western Culture is a product of many historical influences, influences which taken together absolve women of moral responsibility (and protect them) when they act badly. What women are doing at the moment is not imposing some sort of imperative, rather, the worst elements of female-kind (and there is a hell of a lot of them) are exploiting a sort of cultural loophole to their advantage and, as such, Dalrock  is more correct than Rollo when he says that the feminine imperative "just happens".

To keep this brief, I'll just go through a few of these influences in Western thought and how they help the worst elements of womanhood escape moral culpability.
So let's take our Girl Scouts at the Christmas party who do nothing to reciprocate the boy's gentlemanly behaviour.  Let's look at the strains of thought in our current culture which provide unscrupulous women with ready made excuses (and allies)to evade any moral responsibility

Any question about reciprocal behaviour can be countered along the lines of:

1)Gentlemen expect nothing in reward(Chivalry).
2) We shouldn't have to do anything for you(Feminism).

Or let's say a woman who cheats on her husband. She can draw on a whole host of cultural memes to justify herself:


(1) We were  in love (Romanticisim).
(2) Don't judge me (Churchiantiy, Atheism).
(3) He seduced me (Churchiantiy, Puritancial Christianity, Chivalry, Feminism).
(4) I was depressed (Modern Psychiatry and Medicine).

Suffering the consequence of thug loving:


(1) Low self esteem (Modern Psychiatry and Medicine).
(2)) He abused me (Chivalry, Churchianity).
(3) I didn't know what I was getting into. (Denial of moral agency:Traditional Christianity, Classical Greek Thought.  Exploitation:Feminism).

(1) Low self Esteem (Modern Psychiatry, Medicine).
(2) I want to save him. ( Churchianity, Traditional Christianity).

The list could go on. I really don't think there is such a thing as the feminine imperative, what I do think though, is that Western Women are privileged to enjoy moral indulgence--it's their get out of jail free card, and currently, Western Women are exploiting this phenomenon en mass to avoid moral responsibility. When a woman does something consciously dumb, rude or evil, there are many resources in Western Culture she can draw on. Sure, men can access some of these resources, and criminals frequently do, but women have far deeper pool of cultural "treasure" to get out of jail.

The other interesting things to note is that jumping to defense are ideas which come from two totally different streams of thought. For example, Atheism, with its moral relativism "meshes" nicely with churchiantiy with it's imperative "not to judge". It's like fighting a hydra.

Here is an interesting cartoon from the 40's which illustrates the get out of jail free card. Bugs, a male, has to assume a female persona in order to obtain the help of chivalrous male. As a man he could never get the assistance.

Framing this advantage as an sexual imperative, slurs the women who would not dream of using it. The woman who loves her husband would be insulted at the notion that she is planning to screw him over, and I imagine the hostility many women have to this notion of an imperative stems from this. This cultural get-out-of-jail-free card is not omnipresent but is there if a woman decides to use it. There is nothing in Western Culture stopping a woman from assuming moral responsibility for their actions, it's just that in real life women, like all the male bankers involved in the GFC, want to evade responsibility.

Western Culture is largely a male product. The loopholes that have been created in it have been created by men who thought badly and are perpetuated now by men and women who don't want things to change. By chasing an imperative that is not really there, we fail to tackle the problem that is. Conservatives have got to stop treating women like moral saints(and therefore privileged) or moral idiots(and therefore excusable) and recognise them as moral equals. The solution to female bad behaviour lays not in searching for some imaginary imperative, or in trying to assert some male version of it, but in ensuring that we cut through the bullshit and ensure female moral accountability.

Posted by The Social Pathologist at 2:45 pm 242 comments: