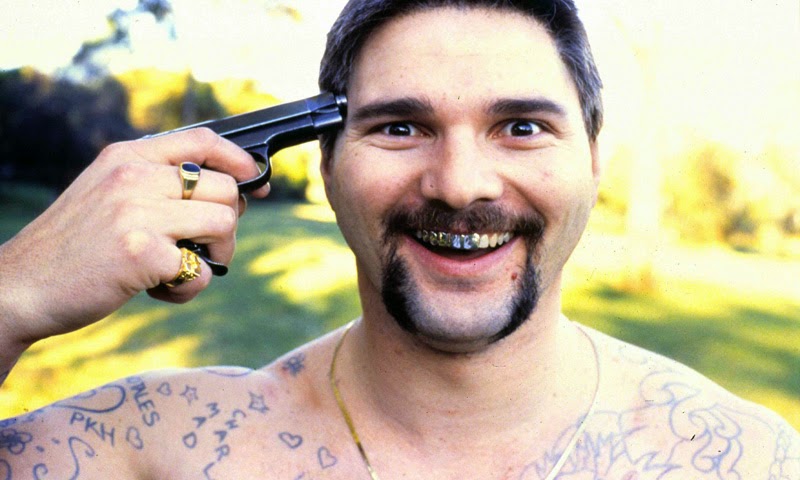 I knew this was going to happen. What's with the flame war between Neoreaction and the PUA's, huh? This is a completely regrettable development.

I've been blogging for almost 8 years and one of the most satisfying things to see happen during this period is the rise of the manosphere. One of the great things about the manosphere is that it is a broad church, where people from a variety of persuasions were able to talk to each other about a wide variety of shit which pertained to men. Particularly with regard to sex. Lot of pissing contests there but after a while most guys put down their cudgels.

Most people credit Moldbug with the rise of Neo-reaction. I say bullshit. Effective Neo-reaction -the thing that's gaining cultural traction-- is an offshoot of the manosphere. You can theorise all you want but unless you put your words into action none of it matters. The manosphere was a forum where men could go to find effective practical advice with regard to changing their lives. Nothing most primed men to the notion of Neoreaction than taking the "Red Pill". The men most responsible for this state of affairs were PUA's; particularly Roissy and Roosh.

The other person who set the tone for the Manosphere was Ferdinand Bardamu, (Matt Forney). In Mala Fide was where Manosphere reached criticality. Ferdi's "broad church" policy meant that any idiot could spout out whatever he liked unless he was completely batshit insane. It was a great blog and it is sadly missed. Many offshoot bloggers continued with this approach and ensured that there was no "orthodoxy" in the sphere. It was a Darwinian battlefield of ideas. Over time several ideas which are staple to the Neoreactionary canon gained traction; Game, HBD, anti-liberalism, mass stupidity and so on.

But buying into the manosphere did not mean buying into everyone of its ideas, and there is still a fair variety of opinion on certain matters. But it would be a mistake to say that just because people have differring opinions all of those opinions are of equal validity.

Now, I disagree with quite a lot of what Roissy and Roosh have to say. As a flawed Catholic their lifestyle is not an option for me. However, when it comes to the subject of women, I give them a lot of credence. In order to bed lots of women you have to know something about them and, therefore, they have authority on this subject: They have "Wet Dick" authority.  You can theorise all you want about female sexuality but unless you've gotten a woman into bed it's just that, a theory.

On the other hand, the PUA types are liable to engage in the Wet Dick Fallacy (Hat tip. Bryce) where they feel that their notch count gives them authority to speak on matters outside their expertise. Now this creates a problem for the Christian members of the manosphere, who, because of the religious beliefs, can't screw around. In debates, PUA's are liable to "pull rank" on them by virtue of their notch count, and to a degree they are justified, but only when it comes to the subject of getting women into bed. When they start pulling rank on other issues, they've exceeded their authority.  Roosh measures his long term relationships in terms of months. I've been married for over 20 years, in a very, very good marriage: both physically and emotionally. When the PUA's diss marriage, I kind of tune out. When it comes to long term relationships, Dave from Hawaii, Dalrock and I can pull rank on this issue.

I honestly have a great deal of time for PUA's when it comes to insights on female sexuality. They have had a positive impact on my personal life and professional practice. Because of patient confidentiality I cannot relate some of my cases (both male and female) where their lives have been positively changed by the practical application of Game. Game is Good. The important thing here is that we can learn from each other.

At it's core, Neoreaction is the truth asserting itself against error.  For example, the pushback against Democracy is not based upon some monarchist or aristocratic sentiment , rather, the realisation that the underlying principals of democracy don't align with reality.  Likewise, Game is Neoreactioary insofar as it is a corrective to the misconceptions of female sexuality. It (is) should be part of the Canon.

Like most Neoreactionaries, I'm concerned with saving Western Civilisation. Screwing around does not help this one iota on a whole variety of levels. Consequently, the Gamer's get a lot of heat from the Trads on this issue. I must admit it doesn't bother me as much because I think hedonism is a natural weakness, feminism is an unnatural disease. The other reason I don't give them so much heat is because of the underling sexual dynamics at play in a sexual free market. In the West, it is the women who control sexuality and if the place resembles a brothel is because women want it to be that way. The PUA's are simply taking advantage of the situation: they are a second order phenomenon. The primary pathogen is female promiscuity.

PUA's are not like Jedi Masters, able to exert some some irresistible mind control over women. To think so is to deny women moral agency. No PUA advocates rape, despite feminist attempts to smear them with this charge. For every successful notch there has to be a woman who has willingly spread her legs. A while ago, Roosh tweeted about his failed attempt to seduce a young Croatian girl who was studying to become a nun.  (See here re correction) You can't run a brothel without whores.

All I'm saying that this flame war is hugely counterproductive. Traddish types need to remember that the PUA's are taking advantage of the situation they are not the cause of it. Looking at the degree of ruin about us, all I can say is when it comes to PUA's, "Man, I can understand why you want to lounge poolside".  But for some of us life is more than just sex.  We don't want our God-like reason to "fust in us unused". We are patriarchs who will be held to account for our time on earth. We have a duty to our families, communities, friends and even you. For some of us, not screwing around is not because we can't but because we won't. I love your insights but when it comes to manhood, yours is not the sole metric.

Men are always going to engage in pissing contests with each other, that's to be expected. But stop for a second and look at the bigger picture lest everything our fathers built fall in ruins amongst us. A shit fight amongst the manosphere is to no one's benefit.

Peace.
Posted by The Social Pathologist at 11:05 am 79 comments: