Possible Developments in the Pell Case 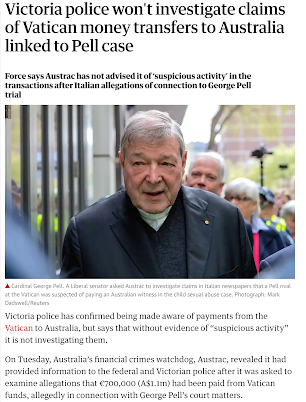 From The Daily Mail: 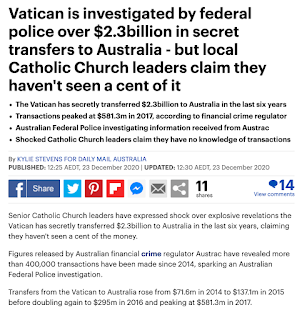 The Australian newspaper has more details (behind paywall) but apparently the money was transferred across in forty thousand transactions.

Sky News has a good segment on the subject.

From what I've read on the subject, it appears that the Vatican bank was a personal fiefdom of several corrupt cardinals and they were laundering money.

And I don't think Francis or the other Popes were aware of this.

Posted by The Social Pathologist at 11:52 pm 10 comments: