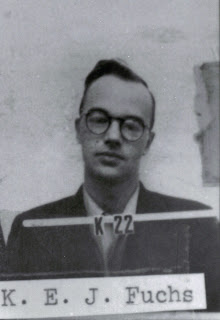 Intelligence: The capacity to process information.
Wisdom: The ability to get things right. (I've chosen this definition because by implication the wise man always chooses the correct course of action, while the foolish man gets it wrong)

Now, I disagree with Ferdinand, in that I think we can measure intelligence. From the moment Binet started measuring intelligence, naysayers had always found "flaws" in his testing and all sorts of objections were raised against them. Binet's response to his critics was that the people who society considers intelligent are the ones who do well at his tests. I think this is fairly self evident.

The HBD crowd place a great deal of emphasis on the faculty of intelligence, seeing it as a some sort genetic Calvinism, separating the elect from the damned. Personally, whilst I think it is very important, I feel it's uber-elevation in amongst the HBD crowd is misplaced.

To make crude analogy IQ can be rougly compared to computing power. The high IQ man having a supercharged Intel processor, the common dullard, a simple transistor.

Now the quality of the processing is only as good as the data being fed to the processor, as the old computer adage goes, "garbage in, garbage out". What's happening right now amongst many of our high IQ set is that many of their input variables are simply rubbish.  Despite their high IQ, the conclusions that they form from their thought processes are wrong.

In a specialist fields such as physics and maths, reasoning is constrained by hard data, universally agreed upon constants and formulae,  and the rules of logic. There is very little "garbage in". As such the quality of the output is contingent upon the quality of the processor. Ultimately the test of any theory is its concordance with reality, and amongst the physical sciences this is easy to demonstrate.
Smart people have it easy in these fields and thrash their lesser endowed competitors.

The problem of the clever sillies really starts to rear its head when it comes to less defined subjects or subjects requiring data from broad spread of seemingly unrelated inputs. Here data does not resemble X=y, rather I believe X=y or let us assume that X=y. Here the predicate data may or may not have any bearing on reality. Crappy inital data produces crappy output, no matter how good the processor and the problem with many of the "high intelligence" advocates don't seem to recognise is many of the high IQ crowd have problems when it comes to non-rigidly defined input data.

The silly physicist does not approach the subject of the weight of carbon as an opinion, but as a fact. On the other hand, that same physicist's love life may be miserable because his assumptions about women, which are completely wrong, are treated and processed like facts. Likewise his finances may be a mess because of his financial beliefs, i.e house prices always go up, which are similarly treated as facts. In my experience, many of the intelligent people I know are usually very smart within their fields but go along with the crowd for everything else(SWPL). High intelligence is no protection against unrecognised erroneous assumption.

Sometimes the assumption is not erranous, but deliberately willed and information which directly contradicts it is filtered away. (See Orwell. Crimestop and Thoughtcrime). Paging Phil Jones.  Sometimes the assumption is simply not investigated because of time or dispositional constraints. The bottom line here is that no matter how good your brain is, if the underlying assumptions under which it operates are false then its conclusions are going to be wrong. The implicit assumption by the  HBD crowd seems to be that universal data objectivity is somehow correlated with high IQ. That assumption is tenuous at best.

These assumptions, with which a person operates with on a day to day basis, can best be thought of as a person's weltanschauung, and the average upper middle class man's assumptions can be thought of as conforming to the Liberal world view. As I have argued before, many of the liberal assumptions are wrong. It's no wonder that our managerial class gets it wrong on so many issues, despite it being the best and brightest.

Wisdom in a certain sense, precedes intelligence. Since wisdom requires an accurate(and reality conforming) weltanschauung. Wisdom's quality, lies not so much in an ability to process information, but rather, in not having faulty premises which will corrupt reasoning. It is a form of knowledge, and its correlate with age, simply a result of false assumption being "mugged by reality". It's also why simple people with modest intellects can frequently get things right whilst their smarter "betters" get things wrong: They don't start off with stupid premises. Wise people have a global grasp on reality.

Klaus Fuchs was without doubt a brilliant nuclear physicist. But his naivete about the rest of the world was astounding. He confessed in the false hope that he would be allowed to return to top secret nuclear weapons research work (after being found out as a spy for the Soviets!). His confession, an excellent example of the clever sillies.
Posted by The Social Pathologist at 11:35 pm 18 comments: