Raiders of the Lost Nazi Art 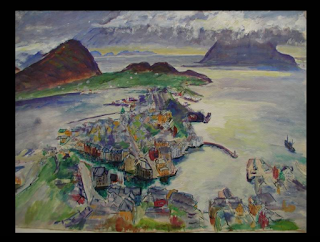 “mainstream Modernism has been sealed off from ideological and aesthetic contamination by the Third Reich.”


One of the things that I found interesting while reading Griffin is his approach to the whole subject of Fascism. Unlike many other writers on the subject, Griffin tries to understand the subject of Fascism as the Fascists understood it themselves.  His attempt to understand it in no way condones it and its pretty apparent that Griffin finds the ideals of Fascism repugnant. Still, what I found interesting is Griffins need to defend himself from charges of fascist sympathy or the "normalisation" of it by taking this approach. What became apparent to me is that mainstream academia has preconceived notions of how to "correctly" approach the subject, lest suspicions of fascist sympathy be levied.

It appears that academia, till recently, demanded that Fascism be seen through a certain lens. Trying to understand Fascism as a product of Marxism and Modernism is a definite faux pas, while seeing Fascism as an aberrant evil outside the Modernist vision seems to be emphasised, particularly the notion that Fascism is a form of malignant resurgence of the "Right". The precise definition of the Right being ambiguous since rigorous analysis tends to throw up uncomfortable resemblances. Socialist academia's hostility to Griffin is pretty obvious because as you burrow down the rabbit hole you realise that both emerge from the same sewer of ideas.

Getting people to interpret Fascism "correctly" solves a lot of uncomfortable problems for the Left. It emphasises the distance between them and Fascists. It allows anyone the Left considers "Right" of itself to be smeared by association with the ghastly crimes of the the Natsocs. The standard academic trope is that Nazism was an outgrowth of nationalism and the academic's response the the rise of nationalism is reflexively to look for Nazis under the bed, yet the nationalism of Wilhelm and George did not give birth to the gas chambers and concentration camps.  Obviously more research needs to be done.

Furthermore, by interpreting  the "Right" as reactionary phenomenon, i.e being a product of the Old World, with its Churches, Monarchs and social order, it invariably casts progressivism and Modernism in a good light. Most Righties are pretty dumb, and they obsess about superficiality instead of substance but it is here where rubber hits the road. The role of Leftist academia is to portray Modernism as a good and it definitely muddles the message if Nazi's are seen drinking from the same font.

Perhaps one of the most fascinating insights in Griffin's book concerns the subject of Modernism in Nazi art. For me, it was real "red pilling" with regard to Fascist culture.

I imagine that many people have seen the Monuments Men movie and know how the U.S. Army tried to save many artworks which were stolen by the Nazi's during the Second World War. But what gets little mention is the fact that the "Monuments Men" weren't just there to find lost masters, they were also tasked with the duty of finding any art which they felt glorified Nazism and to bring it back to the U.S.  Over ten thousand art works were looted confiscated by the U.S. Army, with some of it making its way to back to Germany in 1986. What's interesting about these artworks, is that firstly, they're almost impossible to get access to, and secondly, the Nazi era artworks that we have been allowed to see have fostered the notion that the "Nazi" approved art was old fashioned and traditional. However what this hidden body of work demonstrates is that Nazi art was in its own way highly modernistic.

Griffin's books mention Gregory Maertz, a professor of English at St John's university who quite inadvertently stumbled upon a lost trove of Nazi art held in the U.S. and Germany, and who now devotes some of his time in furthering academic research into the subject.


GM: In the first place, I’m trying to create a new discipline in art and cultural history by restoring to the historical record what I have dubbed the "anti-canon" of Nazi art. The main vehicle for this effort was my discovery a few years ago of the largest extant collection (nearly 10,000 pieces) of art produced during the Third Reich. Created by the United States Army in 1946-47, the collection was held in protective custody in the U.S. from 1947 to 1986. The fun part of working on this project has been the research travel and interviewing people who were involved with the creation of the collection and its subsequent controversial history. In addition to museums and archives scattered across the United States, my research has taken me to Italy, Austria, and all over Germany: to secret depots in Munich and Berlin, former hiding places for Nazi art in the Bavarian Forest near the Czech border, and obscure museum storerooms in the German provinces. I had a particularly thrilling experience in February 2002, when I was the first scholar in 50 years to see a large part of the U.S. Army’s Nazi art collection[ED]. Returned to Germany by American authorities in 1951, the 1600 works of art had been considered lost until I entered a heavily guarded facility in eastern Berlin, noted its jaw-dropping contents, and realized that I had struck gold.


How you would have imagined that the subject of Art in Nazi Germany would have been a legitimate source of research with normal access restrictions in place............. and yet it isn't. Why?

Maertz  has published a book, The Invisible Museum, which deals with this subject--which I can't find any copies of-- and what I found interesting was Maertz's difficulties in getting access to the work, even for scholarship purposes. Apparently its still a very politically sensitive topic.  Maertz wanted to hold an exhibition illustrating the similarity between Nazi, Communist and New Deal (!) art but this was judged verboten.

Maertz gives a good lecture (with .pdf) where it certainly does appear that the link between Nazism and Traditionalism was emphasised while the emphasis between modernism and Fascism downplayed. The image of Nazi art as being antimodernistic was deliberately curated.

The images in this post are from the "Invisible Museum" that I've been able to find on the internet and are for fair use.
They were all freely displayed in the museums of the Third Reich. 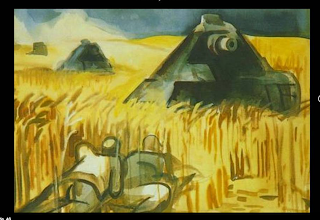 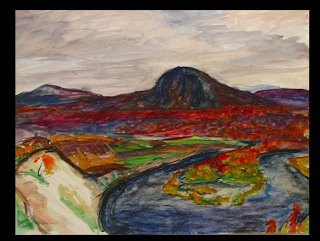 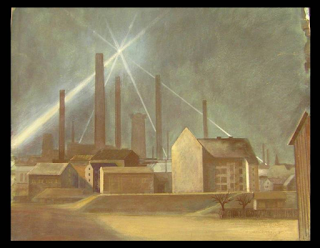 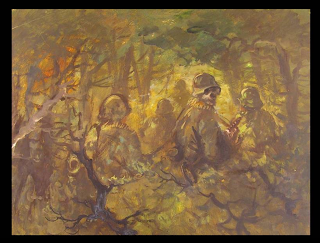 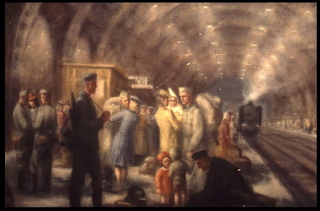 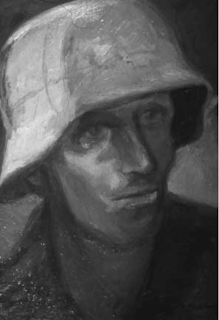 The Thrid Reich was not some kind of traditionalist restoration project. It wanted to usher in it own version of a modern new world.


Posted by The Social Pathologist at 11:24 pm 7 comments: