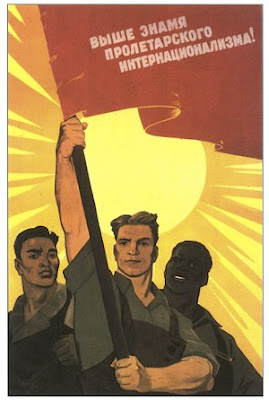 Bruce Charlton has recently been contemplating the phenomenon of PC.   I'm rather lukewarm on Mr Charlton, especially since he is a bit negative on my "homie", and especially as he hasn't posted several of the comments I have made on his site. But hey, his blog, his rules. I'll live.

He is close (but not there yet) to a good understanding of the PC phenomenon and he does have some valuable insights. He has put up a rather good post which conservative thinkers need to take heed of.  Why is political correctness utterly immune to evidence is a very good post. I think the pertinent quote from that post is this one:

My point is that political correctness has now reached such a level of abstraction that no evidence could ever challenge it. Reform is impossible, on principle.

This means that those who oppose political correctness should not waste time and energy on rational argument with people who are truly PC.

There is no way into the system of sincere PC, no possibility of modifying or moderating it - merely of delaying it.

Of course, political correctness will destroy itself, but in doing so it will inflict damage upon its host societies - the scale of which damage increases with every passing year.

I think Charlton is absolutely correct,  there is no point in arguing with the PC crowd as they simply do not admit any evidence which will falsify their world view.  My interest is why and what does this mean for conservatives?


Our world is full of injustices and miseries. The desire to rid the world of them is laudable and noble. Utopianism is a desire to make the world a better place, and it's from this messianic Utopianism that the PC crowd get their sense of moral superiority. They are always on the "side of angels" and therefore better than the "non-believers".  It should not be underestimated of just how powerful a motivant is this sense of belonging to a Utopian creating movement is. As Orwell repeatedly reminds us, the best fighters for socialism weren't the apparatchiks, but the men who honestly believed they were building a better world.

One of the great themes of the end of the Belle Epoque was the sense of "boredom" amongst the youth. When World War 1 erupted, men suddenly had a purpose to their lives. Several commentators on Fukuyama's End of History expressed regret that their were no more enemies left to battle. I sometimes wonder whether the continual allure of Utopianism is because and women generally lead boring lives. It is an escape from the monotony and gives them a sense of meaning. Amongst these individuals, any attack on the "Utopian vision" is not just a logical refutation of the dream, but a negation of self worth and hence there is a powerful incentive to counter arguments or outright refusal to acknowledge the error.


The other operating factor at play here amongst the more intelligent PC crowd is their innate sense of intellectual superiority and subsequent pleasure in themselves. This sense of superiority is expressed as a dismissal of any "inferior" opinions. These individuals latch onto socialism for the same reason that tradesmen and the peasantry do, it's a simple idea for simple men.  It's ready made for the credulous and half-educated, particularly those with "book-smarts" as opposed to "street-smarts". And by half educated, I mean credentialed as opposed to "educated". There is a big difference between the two and it's an important distinction. Many of our universities are nothing more than colleges of advanced technical training and as such our universities are designed around producing skilled thinkers graduates, not thinkers. The effect in a left wing academic environment is that the skilled technicians leave with left wing views  under the impression that they are "educated", and hence intellectually superior to the proles. Where in fact the prole may be less skilled but is perhaps more "real world educated" than the university graduate.

This combined sense of messianic utopianism and intellectual superiority are probably the most common motivant factors in the high caste PC crowd.  This "priest caste " is so sure of its intellectual superiority and so sure of the moral rightness of its vision that any attempt to dissuade them is going to fail. I agree with Charlton, there is no point, it's a waste of time. The conservative movement needs to circle the wagons, not negotiate with the scalpers.
Posted by The Social Pathologist at 11:35 pm 9 comments: