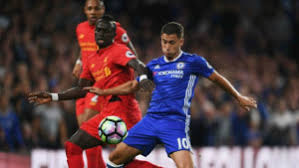 Posting's been light because of a variety of reasons, particularly Writer's Block. Still I saw a comment today over at Vox's blog which I felt was worth reposting.

The German National Socialists of the 1930s could only have emerged from the Weimar era - in other words, from a thoroughly pozzed and degenerate environment. That’s why they had so much degeneracy within their ranks, in spite of their public opposition to much of it. The Nazis were not a traditionalist movement, and they were not a Western movement. They were not pro-European, but were German chauvinists, at the expense of many other European ethnic groups. They were not pro-Christian, but were either outright pagans or embraced heretical versions of Christianity such as Alfred Rosenberg’s gnostic-Catharist ideas. Lastly, they were not truly based upon the Greco-Roman tradition and Western history, but upon a dubious, revisionist version of European history that was cooked up by the Ahnenerbe in order to be used as propaganda, a kind of Tacitus-inspired We Wuz Kangz pseudohistory which even Hitler found embarrassing, and wished that Himmler would knock it off already.


I think that the important point to consider here is that reaction to degeneracy can sometimes happen within the spirit of degeneracy. Genocide is not the morally wholesome solution to whoredom.

The Marxist-Lenninsts regard Fascism as form of bourgeois reaction. That is their frame, it is how they like to position their argument as it emphasises the difference between the two, but I think it is far better to think of Socialism as Left Modernism and Fascism as being Right Modernism. With Left and Right being dispositional/temperamental distinctions. They might be different teams but they're both playing the same game.

Posted by The Social Pathologist at 10:57 pm 5 comments: