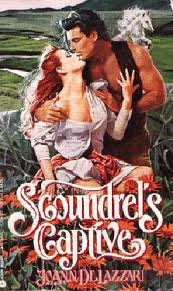 One of the curious feature of our decarnalised view of romantic love is that its intellectual underpinning permits a lot of moral evil to fly under the radar. One of the themes raised in Dalrock’s post, concerned the subject of porn. In the movie, Fireproof; one of the justifications that the “heroine” uses to leave her husband is because of his consumption of it. The movie presents her grievance in a sympathetic and justified light and several commentators on Dalrock’s blog felt that this position was both unjust, and that divorce was a disproportionate response in any case. As commentator Grerp put it:


The thing that annoys me about these sorts of narratives[Ed:Fireproof] is that they are crafted in such a way that it is hard to make a specific judgment because the info isn’t there, but they stand in for a reality that would not be hard to judge. So we don’t really know much about Caleb’s porn habits, and it appears that Katherine didn’t actually sleep with the doctor. But IRL she probably would have slept with him and we would know what Caleb’s real proclivities are. In a similar way, Harlequin romances are chock – absolutely CHOCK – full of single mothers who aren’t single mothers. Or aren’t single mothers of their own doing. They’re the aunts who’ve suddenly inherited children and are trying to do the right thing or widows whose husbands have suddenly died. Or they had to get divorced because he became a raging monster/drug dealer overnight, etc. This sort of narrative allows readers who might disapprove of single motherhood to still enjoy reading the rescue of a single mother by a handsome, well-funded hero who’s always wanted to be a father. Read enough of these things and you start thinking that all women are mere victims of circumstance. And from there it’s only a short leap to believing that they all have a right to be rescued. (To be fair, within the genre, this is changing somewhat. Now you have single mothers who are choosing to be single mothers, whether by sperm bank or ONS, because they are *independent women who can take care of themselves* but who might still like to have a white knight take care of some of the peskier problems of life. Fully entitled to the rescue that’s not a “rescue,” though.)


Another thing I’ve noticed about romance novels that is still more troubling is that the female characters in them have become more realistic – older, fatter, more career oriented, sexually experienced – while the male characters have become hyper masculine. This Batman-obsessively-pursuing-Liz-Lemon narrative is obviously total wish fulfillment (read: delusion) on the part of female romance readers.


My view is that there isn’t anything wrong, intrinsically, with a love story. People have been telling, and hearing, and reading love stories for thousands of years, and readers who read them aren’t wanting to commit adultery any more than people who play video games really want to kill someone. The problem is that a steady diet of even the “clean” romances will set you up with overly high expectations regarding relationships between men and women. The fact that romance novels have become more ubiquitous and regularly read indicates that something is wrong between the sexes and that women are getting their emotional needs met outside of human interaction.

In Fireproof, the disaffected spouse forms a close relationship with a doctor, something which is portrayed in a sympathetic light by its Christian producers. But as commentator Brendan noted:

And that’s what I think is curious. Why is overt fantasy sexuality viewed as an obvious evil whilst real intimate(non-sexual) friendship with another member of the opposite sex whilst married, not? I think it’s because we’ve so stripped our feelings from our sexual natures, through ascetic decaranalisation, that we believe that intimate friendships in with the opposite sex are completely possible without a sexual element eventually making its way into the picture. Romantic love is ultimately completed in sexual union, and the decarnalised view of romantic love so downplays the sexual component of it that it causes people to adopt the heuristic of thinking of sex and love as two separate things. Therefore it's perfectly understandable how “Christian” producers could portray our heroine as doing nothing wrong even though she has exposed herself to the real possibility “old fashioned” adultery. Whilst her husband is considered adulterous by looking at fantasy images.

You can’t make this stuff up.
Posted by The Social Pathologist at 11:36 pm 44 comments: