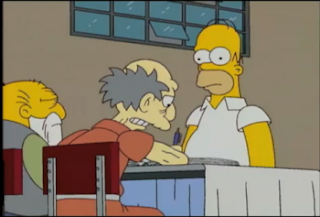 Thought is also always rooted in values and motivations. We ordinarily think not for the sake of thinking but to achieve certain goals based on our system of values. Here possibilities for confusion arise: the conflict between treasured values and measures that are regarded as necessary can produce some curious contortions of thought-"Bombs for Peace!" The original value is twisted into its opposite. Motivations provide equally ambiguous guidelines. There are those who would say that what counts are the intentions behind our thinking, that thought plays only a serving role, helping us achieve our goals but failing to go to the root of the evils in our world. In our political environment, it would seem, we are surrounded on all sides with good intentions. But the nurturing of good intentions is an utterly undemanding mental exercise, while drafting plans to realize those worthy goals is another matter. Moreover, it is far from clear whether "good intentions plus stupidity" or "evil intentions plus intelligence" have wrought more harm in the world. People with good intentions usually have few qualms about pursuing their goals. As a result, incompetence that would otherwise have remained harmless often becomes dangerous, especially as incompetent people with good intentions rarely suffer the qualms of conscience that sometimes inhibit the doings of competent people with bad intentions. The conviction that our intentions are unquestionably good may sanctify the most questionable means. [Ed]

Dietrich Dorner, The Logic of Failure.
Democratic political theory places a particular importance in checking the power of government, fearing that the untrammeled exercise of power is the pre-condition of eventual tyranny. Therefore, the constitutions of Western governments place checks and balances on the exercise of governing power. The threat of malevolent government is easily recognised, what's not recognised however, is the threat of the benevolent yet stenosophistic mob.

Stenosophism's evil lays in frustrating the goal of its possessor, through an inability to grasp the complexities of the situation, and hence act appropriately to achieve his goals. So while the actor may have good intentions, his actions produce unintended effects. Being on the side of the angels is of no merit if a man's actions have resulted in the ruin of the temple.

Now one of the many problems with recognition of evil is the common misunderstanding of evil as being associated with malice. But malice itself is of no harm unless it is expressed in act; an act which results in the privation of the thing being acted on. What matters then is not the intentionality behind a an act but the consequences of it. Hence, men acting with incomplete knowledge are more likely to harm than make better. This isn't rocket science. For example, we don't ask the passengers to fly an aircraft, no matter how competent they feel or how sincere their intention to fly well; we demand a suitably qualified pilot. Pilots' knowledge of the reality and complexities of flying gives them a greater understanding of the consequences of their actions: something the passengers don't have.

Now, it's quite possible for the pilot, despite all his training, to crash the aircraft, but the odds are far less likely than if we were to give a random passenger control of the aircraft. Now, this may sound like a silly example but it isn't. Everyone recognises the importance of airline safety but very few recognised the importance of government survival, yet government survival is far more important than flying an aircraft. A country can survive without an aviation industry, but it can't survive without a government. Think about who controls your social security, regulates the banks, conscripts your children and polices your streets.

Even Austrian Economics, that great bastion of individual choice,  relies on the common good of property being protected by the existence of government. It the government fails so does property, and the world quickly descends into a Hobbsian state. Tyranny is not the only fear of the constitutional thinker ( Essentially as social "systems engineer"), so is self destruction.

John Boyd, a military strategist,  thought about system destruction in the context of military operations quite a lot. His way of beating the enemy was to assess the situation (gain a greater grasp of reality) and then act accordingly. One the implied methods of attack, according to his theory, was to get the enemy to become disorientated with regard to reality and to act in such a way that contrary to his interest.  The ideal Boydian strategist then, should be able to get the enemy to shoot himself in the head voluntarily and eagerly by perceptual manipulation.What you want, if you wish destruction, is for the enemy to eagerly pursue actions which are contrary to his goals.

In my opinion, Boyd had some flaws with his theory, and one of them was the failure to recognise that most humans simply don't have the capacity to fully grasp reality: It's a hardware problem. You can teach people all you want about system stability, but the proof of it is in being able to apply it in practice; there has to be a functional ability there.

The stable democracies of the west were initially set up with a limited franchise, as the respective constitutional architects were well aware that limiting the power of a irresponsible or evil monarch was of no benefit if political power was passed onto to an irresponsible, stupid or evil mob. They wanted political power wielded by responsible hands to ensure system stability as they were well aware of both the malice of kings and the stenosophism of the proles. Something that seems to be forgotten in today's deification of the common man and unquestioning approval of the universal franchise. A lot of righties, who otherwise vigourously defend current democracy, fail to note that the leftward shift of modern culture is correlated with the expansion of the voting franchise.

Now, how you limit the franchise is open to honest debate. Personally, I'd like the qualification to be based on a proven ability of an individual to successfully manage their own affairs. A man who can't get his own stuff together has no right lecturing me on mine. Bankrupts, adulterers, criminals, people who still have a mortgage, certain welfare recipients, those who are not paying taxes, people possessing too much wealth, etc, would all be excluded the franchise in my scheme things. The point here is not where you draw the line, but in recognising that a line needs to be drawn. To many people on the right worry endlessly about the responsible and limited government power without paying any attention to responsible voting: not recognising that one is impossible without the other.

Democracy fails when the imprudent prevail.

Posted by The Social Pathologist at 12:45 pm 7 comments: