Due to personal commitments, I never got around to putting up a follow up post to this one.  Wade's, A Troublesome Inheritance book seems to have fallen off the radar but I've never been one to not to put a boot into an idiotic theory even if it isn't topical.

One of the problems with Wade's contention, that economic success is a result of genetic selection, is that in many instances he does not control for multiple variables which my also influence his observed results. Wade, for instance, does not control for religion, or political regime which, in my opinion are important confounding variables. Ideally the best way to test for the genetic component of wealth creation is to control for as many confounding variables you can  whilst allowing the genetic component to fully express itself.

Ideally, what you would want to do would be to put as many different genetic groups into the same political, religious and economic climate. Preferably, then, you would like to "acclimatise" them for a few generations to avoid legacy effects and then observe them for a few years and then stratify them upon their per capita wealth.

Fortunately, this data is quite readily available on Wiki, and a short scrutiny of the data pretty much demolishes Wade's claims. I know that the data is not perfect, and that there are other confounding variables, such as religion which aren't dealt with but Wiki has data which is much better than anything Wade presents.

Per Capita Income in the United States by Ancestry (i.e. genetic heritage)  makes for interesting reading. Clearly, if Wade's theory was correct you'd expect the genetic advantage bred into the Northern Europeans would be transferable to the the U.S. with their immigration to it, and that in the equal economic environment of the U.S. they would be able to out-compete with the untermensch from the other parts of the world. And yet the data illustrates that this is not the case. My own ancestors, Croatians, listed 58 on the IMF GDP per capita rankings are ranked 17th in the U.S., on per capita income, just under the English, but well above the Swedes, Scots-Irish, Germans, Danish, Finns and Dutch. Yet, Croatia was a backward frontier outpost of the Austro-Hungarian and Venetian empires with a very limited economy. Clearly, if Wade's was correct, then Nordic economic superiority should have evident, at least in the instance of the Croatians, the opposite effect is observed.

Yet, when you look at Per Capita Income by Country of Birth you see that the Croatians are ranked 48, much closer to the IMF world rankings. How is it then, that after spending only a few generations in the U.S., not enough time for natural selection to occur, that a Croatian's economic potential is so markedly improved?

It's the software stupid. It's culture.

Another  very powerful demonstration of the power of culture is shown by way of the example of Germany. Communism had its hold on Eastern Germany from 1945 to 1989, roughly about two generations worth of time, not enough for selection pressures to be significant. Additionally, most of East Germany was Protestant which had traditionally superior economic performance per captia when compared to Germany's Catholic areas. Yet, despite 2 trillion Euros worth of investment, subsidies by the government  and a new found economic freedom, the Eastern part of Germany is still lagging financially. What gives?  Why should 50 years of communism leave a lasting economic legacy 25 years after unification? 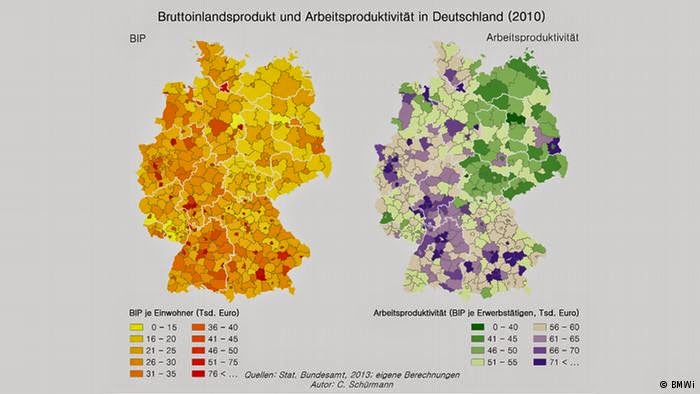 In this fascinating paper on the change in IQ of German military recruits by region of origin Roivanen makes the following point.


These results show a strong correlation between IQ, GDP, and education, confirming the observations made by Lynn and Vanhanen (2012). However, it is difficult to explain these correlations using biological or genetic factors because of the rapid changes occurring within a short time span. It is not reasonable to assume significant genetic or biological differences between East and West Germans in 1992 but not in 1998. [Ed] Instead, social and political factors offer a simpler explanation. Great  differences existed between East and West German societies before the unification in 1990 in terms of education, economics, politics, and religion. Due to political factors, such as lack of democracy and economic freedom, the East German economy did not perform as well as the West German one and offered fewer resources for education, which is known to have a strong effect on IQ. When the two societies started to merge in the 1990s, eastern Germany gained in GDP and the educational expenditure rose. The educational level of East German conscripts was significantly higher in 1998 than in 1992 resulting in robust IQ gains.

Buried in that paper is another gem:


Children from immigrant families had much lower mean scores in PISA 2006 than children with German parents (Prenzel et al., 2008). Ebenrett and Puzicha (1999) do not report the share of conscripts from immigrant families, but census data indicates that it was probably higher in 1998 than in 1992 and this may have affected the stagnant IQ scores in West German cities. On the other hand, 1.3 million Germans moved from East to West Germany from 1989 to 2006, half of them younger than 25 years of age (Lehmann, 2008). The education level of these migrants was higher than that of the general population, with roughly one third of the early 1990s migrants having at least a high school diploma. The east–west brain drain has been an important political issue in unified Germany (Ebenrett,Hansen, & Puzicha, 2003). Arguably, IQ gains in eastern states would have been larger without the migration.

Despite the brain drain from East Germany, German IQ continued to rise! In other words there was a positive effect on IQ despite negative genetic drift!

Now I'm not arguing that genetics don't matter; you can't put in what God's left out, but it's clear that cultural software is very important with regard to IQ and economic performance and reductionist explanations that are biased towards one or the other are false. Wade's theory is rubbish.

For those who are interested, here is an interesting paper discussing the cultural wedge that has been formed by the fifty years of Communist rule between East and West Germany, and why there will be differences between East/West performance for a long time to come.
Posted by The Social Pathologist at 11:01 am 5 comments: