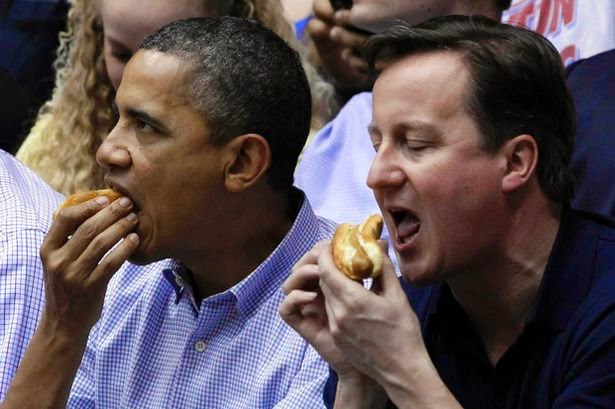 Deplorable as the events in Rotherham are, perhaps what's even more dispiriting is that nothing is being done to punish those who had failed in their duty of care.  Britain is currently led by a coalition government headed by a so called "Conservative". What is most galling in this entire sordid episode is the government's response, which seems to consist entirely in  asking calling for the negligent authorities to resign.

Is the government that impotent?  Here is a God given opportunity for the conservatives to rout the lunatic left from one of the branches of government and all they do is dither. It's a Chamberlain moment.

Much like the GOP's response to illegal immigration in the U.S., it seems conservatives everywhere seem impotent when it comes to trying to halt the Left's institutional march.

I mean, why not introduce legislation to punish those who are negligent?  Why not disband the council and put in a set of administrators? Why not launch an enquiry into the behaviour of child protection services (heavily staffed by left ideologues) and purge the system of its rottenness?  How about "compensating" the UKIP voting family that had its foster children taken off them? Or writing up exemplary legislation to allow them to sue officers who debase their office to such a degree. It's all low hanging fruit, just the there for the grabbing but "conservatives" in England, just like everywhere else, sit there twiddling their thumbs.

The fact is that many of the "conservative" governing elite are not conservative at all. What distinguishes the mainstream conservatives from the Left at the moment is perhaps a slightly less insane economic policy, but on social matters they seem in agreement.  The Right has now become the right wing of the Left. This terrible decline in conservative representation in government has meant that  religiously inspired/non-Marxist political policy has now been rapidly pushed outside of the Overton Window in most of the world.  The conservative Right and religious right is increasingly being seen as being extremist.

Not that the rank and file haven't noticed. Around the world the conservative bloc seems to be splitting in all directions, the level of disgust in "our" politicians rises. However as we fissure the left coalesces, and like ISIL, unites.

The failure on the part of the right ultimately stems from a failure to understand itself. What exactly is conservative? Who is conservative? The fatal error, I think, is in seeing conservatism as dispositional ideology; one of temperament and not rooted in particulary ontology. Philosophy matters as we of the true right are about to find out.

In group and outgroup limits have to be redefined, lest we find ourselves voting for crypto-Lefty's representing the Right.


Posted by The Social Pathologist at 7:39 pm 12 comments: