Secularisation in a Secular Age 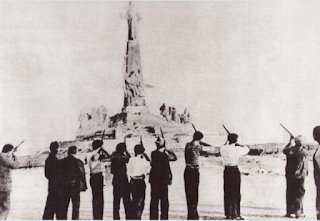 One of the other things I didn't like about Charles Taylor's book is his theory of secularisation. While he does not explicitly blame Protestantism for the phenomenon he does see it as being a significant factor.  But what if it he is right and Protestantism does lead to secularisation, how does that explain the precipitous decline of religion in Catholic countries?

The implication in Taylor's book is that Western culture as a whole has undergone the changes he describes--religion being transformed from a holistic thing into a mental one--and this phenomenon is equally applicable to Catholic as is to formerly Protestant cultures. Once again I don't buy it.

One of the interesting things to note is that secularism tends to be far more militant in formerly Catholic countries than it tends to be in Protestant ones.  Now while it's true that a dechristianising "protestant mindset" will result in a different atheism from a catholic one, a dechristianisation that is the result of protestantisation should produce a secular culture that is similar to the Northern European model of religious indifference instead of the observed hate. Protestantism does not appear the culprit here and some other mechanism is at play.

It's my contention here that Protestantism is not the primary mechanism of secularisation, rather that secularisation is the result of decline in Grace, and given the cultural differences between the two religions, the effects of secularisation will be culturally contingent. Reasons may change but old habits die hard.

Catholicism, with its strong sense of of party clerical hierarchy, and it's emphasis of the collective over the individual is going to drift towards secular models of the same. Hence the the much more prominent presence of militant socialistic parties in these countries.The more puritanical the Catholicism the more puritanical its secular equivalent. One of the disquieting things that struck me after reading Orwell was just how similar the pre-Vatican Two Catholic Church was to the Russian communist Party in ideological structure. If the clergy party said 2+2=5 it was the role of the proletariat to believe.  Part of the reason I believe that the Church as a whole may have lost some of God's grace is precisely because of the fact that it elevated clerical authority above the truth, not to mention other matters.

Mainline Protestantism, with its strong sense of individual autonomy and tolerance, on the other hand, will decay into milder, yet more sincerely held,  forms of socialism   But that really depends on the particular variant of Protestantism. The more puritanical branches are liable to morph into something particularly nasty. To put in in a more succinct way:

The point I want to make when it comes to Protestantism, I do think although it was separated from the Catholic Church, God did extend his Grace to some of the branches of it. Other branches were excluded from it. As a religious/epistemological system Protestantism is wide open to error but the same quality that makes error so easy, is also the faculty that makes legitimate Christian innovation possible and it was those branches which enjoyed God's grace and favour.  Where I think Taylor--and others-- make the error is in looking a Protestantism only though its errant, graceless branches: confusing the lack of Grace with Protestantism.

I've been struggling to find a term which accurately explains how Taylor got it wrong.  The omission of Grace in a book about secularisation is really an attempt to explain spiritual phenomenon in a non-spiritual way.  You see the same thing in Jordan Peterson's understanding of religion which was also strongly influenced by Jung. You also see it in books trying to understand the phenomenon through sociological analysis. There's something not quite right about it.

And I think the person who got this right was Owen Barfield,* who described the phenomenon as Residual Unresolved Positivism. (Thanks Bruce Charlton.) It's basically trying to understand religion as psychological phenomenon and not a spiritual one.  The problem with this approach is that you approach religion as a problem of psychology instead of seeing as a problem approached though the lens of Christian understanding.