De-Christianising Christmas is not a new concept. Back in the 1940's, Mustachio had the same idea. 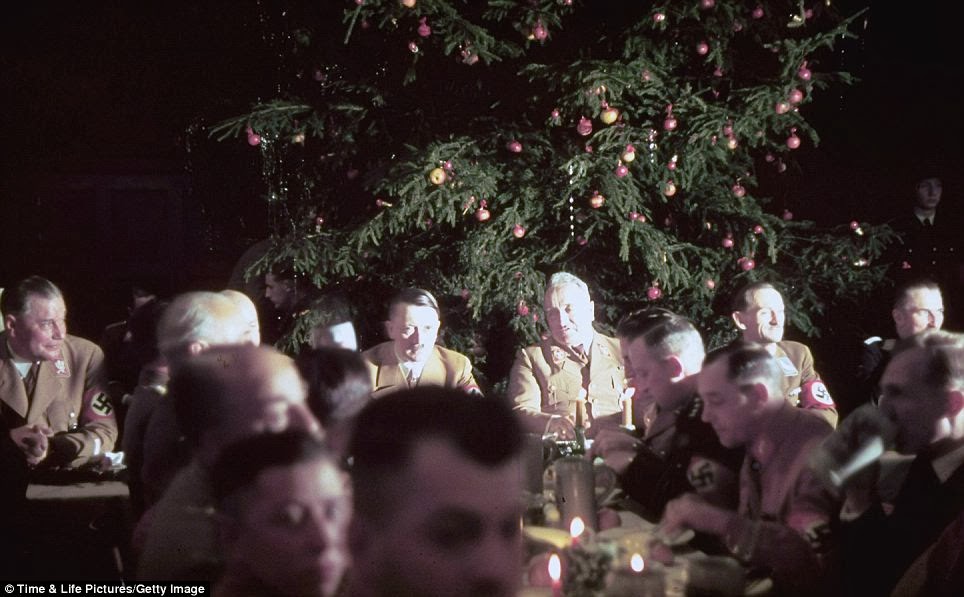 It didn't look like he was having much fun.

The Daily mail has run a couple of articles on the subject which are worth looking it.

How Hitler's Nazi propaganda machine tried to take the Christ out of Christmas.

The second article describes the Hitler's view on Christmas.


But the Nazi Christmas was far from traditional.
Hitler believed religion had no place in his 1,000-year Reich, so he replaced the Christian figure of Saint Nicholas with the Norse god Odin and urged Germans to celebrate the season as a holiday of the ‘winter solstice’, rather than Christmas.

Now Nazism, as I've shown before, is a left wing ideology tailor made for stupid right wing people genetically disposed System 1 thinkers. The Left has always waged a war against Christmas and whilst the Nazi ideology is almost dead, the other variants of Leftism still carry on with the project.

I''m of the opinion that we are living in times akin to the 1930's and how this ends I don't know. But Hitler is dead and from Stalin's Russia comes a new respect for religion. The thousand year Reich and the Gulag have gone to dust.  On the militant secularism of the West remains.

It too will pass.

Even so, normally, I'd be rather pessimistic, given the cultural triumph of the Left, but this Christmas there seemed to be a "disturbance in the Force". Perhaps its only in my little bit of the world, but the kids seemed to remember Jesus's birthday, the parents seemed to be less apologetic for going to Church and more people seemed sick of the blatant materialism. There's a whiff of something in the air. That's not to say that the secularisation project is being reversed, rather, there is a tangible sense of pushback, be it ever so mild.

I don't know what 2014 is going to bring,  but let's say I think it's going to be interesting.

To all my readers I want to wish you a Merry Christmas and happy New Year. May God bless you all.

Posted by The Social Pathologist at 12:10 am 5 comments: