Where Were the Men? 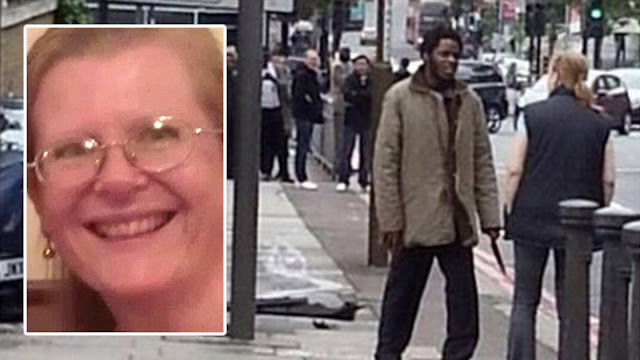 Interesting story in the local paper.

Sometimes there really aren't any marriagble guys out there.


"I said: 'Right, now it is only you versus many people, you are going to lose, what would you like to do?' He said: 'I would like to stay and fight.' "

The terrorist in the black hat then went to speak to someone else and Mrs Loyau-Kennett tried to engage with the other man in the light coat. She said: "The other one was much shyer and I went to him and I said: 'Well, what about you? Would you like to give me what you have in your hands?'
"I did not want to say weapons but I thought it was better having them aimed on one person like me rather than everybody there. Children were starting to leave school as well."

Mrs Loyau-Kennett was not the only woman to show extraordinary courage in the Woolwich street.
Others shielded the soldier's body as the killers stood over them.

Joe Tallant, 20, a van loader who lives near the scene, said a friend and her mother went over to help the soldier as he lay dying in the street.

"Her mother was so brave, she didn't care what happened to her," he said. "She knelt by his side and comforted him. She held his hand and put her other hand on his chest. I think she might have been praying." MPs last night praised the "extraordinary bravery" of the women and raised concerns about why it took armed police 20 minutes to arrive at the scene while people's lives were at risk.

And this one by myself.

Update from the Daily Telegraph. It appears that the murderers allowed women to tend to the victim and not men. Still, there was a whole bunch of guys standing in the background there that could have rushed them.

Posted by The Social Pathologist at 1:21 pm 24 comments: