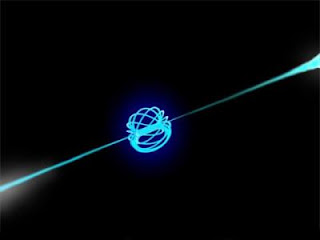 This is a post that draw on a few religious quotations. Normally I'd tell my atheist readers the heads up so they can avoid what they think is irrelevant babble.  But I think the problems bought to light by Houellebecq's novels have a direct relation to Christian Mysticism and it may be worthwhile to stick with the rest of the post.

It all hinges upon a word.

Modern translations of the Bible tend to tend to replace the word charity with love. So that the above passage becomes:

This is unfortunate since charity is not love, at least in the sense that it does not operate in the same way as the love mechanism does. The problem with conflating Charity with Love is that it misattributes some of the features of Love, such as the pleasant feelings, with the notion of Charity. Charity is something wholly different and in order to understand what Charity is we first begin by illustrating what it isn't.


You have heard that it hath been said, Thou shalt love thy neighbor, and hate thy enemy. But I say to you, Love your enemies: do good to them that hate you: and pray for them that persecute and calumniate you: That you may be the children of your Father who is in heaven, who maketh his sun to rise upon the good, and bad, and raineth upon the just and the unjust. For if you love them that love you, what reward shall you have? do not even the publicans this?  And if you salute your brethren only, what do you more? do not also the heathens this?  Be you therefore perfect, as also your heavenly Father is perfect.

Regardless what you think about the teaching, the psychology implied in this passage is profoundly counter intuitive. Jesus'  teaching here recognises the legitimacy of the natural love mechanism but sees it as being nothing special, what's really important to note here is that he wants us to do things in spite of our natural inclinations. There is an implicit command to do good to those who we don't love, in other words, to those with whom we associate no pleasant feelings with.  He is asking us to override our biological drives with our will.  He is asking as to be charitable to those who we don't naturally love.

Now unfortunately amongst the weaker minds of Christianity, this conflation of love and charity, and the counter intuitive imperative, has led to the notion amongst some Christians types that charitable love must be something unpleasant. So wedded is the notion of Charity and feeling that it's all about crosses and sacrifices. The Purtians and some of the hardline Trads exemplify this strand of thought. Any fun must somehow be evil, and therefore the only true Christian love is the love that sucks. Fun is banished in their world as a work of the Devil.

On the other hand, the conflation of charity with love in other individuals leads to a totally unhuman type of behaviour. That is, attempting to feel pleasant feelings for the repulsive. Here, the priority is once again is on the feelings, and what a good christian should do when faced with the repulsive is to try to will the love mechanism in operation. These type of Christians try to be "nice" to everyone whilst constantly suppressing their innate hatred of everyone's guts. The Liberal Christian Churches exemplify this strain of understanding.

In both variants, it's the hedonic understanding which strongly flavours their respective Christian interpretations. Both groups strive mightily yet both lack charity.

In order to understand what Charity is and how it binds, one must first disassociate it from any emotion. Christians like to illustrate charity by the example of the crucifixion but that only confuses things, given all the strength of feelings involved in the event. Charity is probably best illustrated by a curious odditty of the mystics, The Dark Night of the Soul.

Now, it appears that most people who chose the religious life do so because they get some form of psychological or hedonic benefit from their religious duties, however, over time, this zeal fades, and sticking to the faith and its concomitant duties becomes very, very hard. The Dark Night of the Soul is the time when the "hedonic juice" which powers the motor runs dry.  The interesting thing with these individuals is that, even though the tank is empty, the person continues to do objective good despite getting nothing for their efforts. No closeness to God, no joy, no intellectual pleasure, no emotion.....zero. Despite themselves, they are sustained by a force that impels them to do good. Their bodies have become vehicles of charity; the stuff of God. This is the operation of pure charity unsullied by the emotions of love.

A quite good example of this phenomenon is Mother Theresa. Her diaries have recently come to light, and in them she reveals that most of her missionary career was spent in this state of dry spirituality. She apparently did not get any "kicks" from helping the poor in Calcutta. Instead, she was God's cubicle drone. She got up in the morning, went to work and did good in the world; running on an empty tank for over 40 years;


Where is my faith? Even deep down ... there is nothing but emptiness and darkness ... If there be God—please forgive me. When I try to raise my thoughts to Heaven, there is such convicting emptiness that those very thoughts return like sharp knives and hurt my very soul ... How painful is this unknown pain—I have no Faith. Repulsed, empty, no faith, no love, no zeal, ... What do I labor for? If there be no God, there can be no soul. If there be no soul then, Jesus, You also are not true.

Yep, that was the mindset of a woman who did so much good and is likely to be canonised a Saint.

But it's not the possession of the property but it's actually nature that makes it the binding agent par excellence. Now, if we take the Aristotelian notion of evil as privation, and good, its opposite, we see that any good act will result in an improvement to whatever the act was directed. Charity, being the stuff of Goodness itself, will direct the will towards acts which both bring good and restore things to their rightful natures. But it's not only that. Its an expansive force that seeks things to fix, it doesn't passively wait;

Charity de-atomises. Unlike hedonism, which eventually alienates, charity connects us to all beings, institutions and things. By being beyond emotion and reason, it keeps bonds intact when they fail.  It is the strong force.

Houellebecq writing is permeated with the sense that the world has lost a capacity for permanent love. The characters in his novels are wounded and atomised as a result of it. The modern world, thoroughly materialistic, still has some Christian cultural capital or at least the memory of it. I think this what the ultimate thrust of his novels is that materialism has killed our capacity to love within a Christian context. And I think it is in the context of this memory that he writes:

Posted by The Social Pathologist at 12:01 am 24 comments: