Reflections on the Anniversary of Humanae Vitae 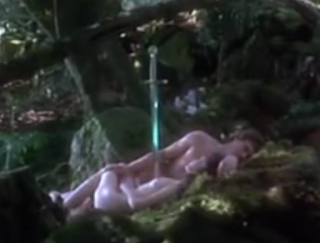 Almost since the day it was issued, Humanae vitae (HV) has been the signum cui contradicetur which Pope Paul VI anticipated it might become. The encyclical met with an opposition and dissent stronger and more public than any papal statement within memory, and the controversy that ensued quickly excited profound and even violent emotions and reactions.

If emotions are somewhat calmer today and a certain peace, or at least truce, now rules over the Church's pastoral practice, opinions have not ceased to be divided on the subject and authority of the encyclical. A recent survey claims that nearly 77% of Catholic wives were practicing birth control in 1975, 94% of whom were using methods condemned by the Church. It is reported elsewhere that only 29% of the lower clergy believe that artificial contraception is morally wrong, and that only 26% would deny absolution to those who practice it. A major study by the National Opinion Research Center concluded two years ago that Humanae Vitae was the chief factor responsible for the decline in religious practice among Roman Catholics, and its principal investigator was moved to remark: "I have no doubts that historians of the future will judge Humanae Vitae to be one of the worst mistakes in the history of Catholic Christianity."


"HUMANAE VITAE AND ITS RECEPTION: ECCLESIOLOGICAL REFLECTIONS
JOSEPH A. KOMONCHAK The Catholic University of America


One of my favourite movies is Excalibur, John Boorman's take on the Arthurian legend. I imagine that most people know the story so I'm not going to repeat it, however I do want to concentrate on one aspect of it. The power that lies behind Excalibur is meant to be used wisely and when it's put bad use everything goes to ruin. It's my opinion that Humanae Vitae was the Church's Excalibur moment.

No matter how you cut it, there is something profoundly wrong going on in the Catholic Church at the moment. Declining numbers, pozzification, lavender mafia, institutional inertia, etc. are all symptoms of some underlying malaise that is seriously weakening the Church. And for those of us who have been studying this for a while it's apparent that this malaise has been there for a long time, well before Vatican Two.

Statistics don't fully convey the picture. On paper, the Church was definitely stronger before Vatican Two, pretty much in the same way that the U.S. Army is stronger that the Taliban in Afghanistan.....on paper. Yet the Taliban have not lost, despite the mountain of treasure spent and rivers of blood spilled.

Numbers are sometimes incapable of conveying the complete story.  A healthy Church does not crumble as quickly as the Church did in the 1960's, it crumbled because it was rotting from the inside. The Trads will argue differently, stating that taking the screws of the people is what is responsible, but what this ultimately entails is a vision of Church that is like a gulag; as long as the lash is being applied people stay, as soon as it's taken off they run away: It really isn't the basis for a healthy religion. Yet the "gulag" model works in trying to understand why there was a mass exodus following the Council.

In many ways the pre Vatican Two Church resembled the Communist party.  The Politburo, much like the Magesterium, was inerrant and the role of the laity was to obey. Sure, the Workers could originate new ideas as long as the Politburo approved, if it didn't, the ideas were ruthlessly crushed. Implicit in this idea is the notion that laity/workers have no rights in judging the Politburo/Magesterium, they are simply beyond judgement.  The problem with this approach is that if the Politburo does go bad there is no error correcting mechanism. This has been a problem with Catholicism for a long time.

Vatican Two attempted to address this problem by giving more legitimacy to the laity, recognising that the Holy Spirit dwells in them as well. However the Politburo mindset is still strong with the clergy. If the Holy Spirit was trying to speak to the clergy through the laity, trying to censure it for some of its opinions, how would the clergy know? With the current Politburo mindset it would simply see criticism as rebellion and attempt to quash it. This is the Pharisaical  traditionalist opinion with regard to dissent generated by HV. From an organisational systems perspective, any form of error correction is thus stymied, the system continues on its path of self destruction.

I know that the Trads will balk at this but this Politburo mentality renders the clergy deaf to their other moral failings. Take for example the current migration crisis in Europe. In Italy, a populist party is being actively opposed by the clergy for it's "hate of refugees." The whole idea behind all of this is that unless you're pro open borders--like the clergy--your intention is sinful. The idea that the laity may actually more in-tune with the will of God is beyond them. The clergy are always right.

My take on Humanae Vitae is that the "disobedience of the laity" is a sign that Church got it wrong. It was a flawed document which promulgated an error and thereby violated the Church's explicit commission to teach the truth. And just like when Arthur lost Excalibur,  it left the kingdom in ruins.

Posted by The Social Pathologist at 12:09 pm 7 comments: