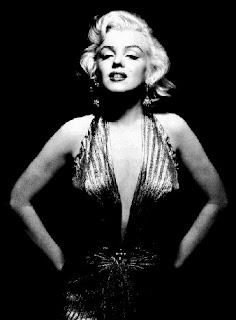 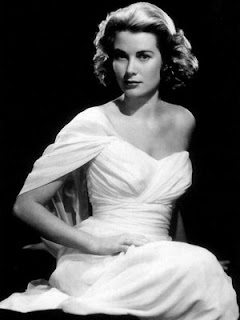 Both of these women are attractive and yet one is more beautiful than the other. Both were contemporaries and both were the object of much media speculation. Both met tragic ends. One died alone and unhappy by a barbiturate overdose, the other a princess in a car accident

I suppose the question to ask is, what makes these women attractive? Which of course leads to the question, what is attractiveness anyway?

Marilyn Monroe's attractiveness lay in her sexuality and in her ability to project it, and while she is physically attractive, I don't think one could call her beautiful. Her attractiveness lays in the potential for sexual satisfaction, which would appear to be in abundance. However she appears mono dimensional in having nothing else to offer. (Remember I'm only talking about her appearance)

Grace Kelly's attractiveness lay in feminine beauty. The is also a sense of sexuality in Grace Kelly but it seems subordinated to her overall femininity, her sexuality is more restrained and refined. There is a sense of "grace", in Grace Kelly which is absent in Marilyn Monroe. So while she does not appear as sexual a Marilyn Monroe, she satisfies on many different planes. The sum of her many attractive potentials are greater than Marilyn's superlative one.

Saying that though, I would not of married either. Both were promiscuous before they were married. Big turn off.
Posted by The Social Pathologist at 11:10 pm 1 comment: