Some Thoughts on Christmas. 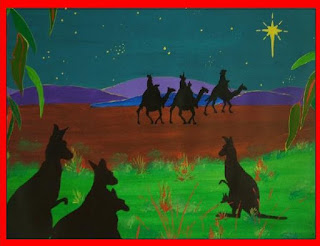 My view of Christmas has changed as I've gotten older. When I was a young child, Christmas truly was magical. However, as I've gotten older Christmas has become more and more a burden to cope with. People, instead of becoming happier and more friendly, actually become more agitated and angry as fight their way through mobs to get that last present or ingredient. Very few people wish each other a Merry Christmas anymore and I used to think it was sales staff not wanting to offend some politically correct bastard, but now I realise is because no one really cares and everyone is going through the motions and theirs no spirit in it.

When I used to work in the Emergency Dept Christmas day was always one of our busiest times of the year. Arguments, fights and stabbings amongst family members were quite common. But then again that's what happens when you bring together family members who otherwise go out of their way to avoid each other. The media like to constantly repeat that Christmas is about giving, about being with the family, about helping the poor and unfortunate and all that other shit. To a degree it is all these things and yet it isn't.

Because all that other stuff matters jack shit if you don't remember just why we celebrate it. And for you dumb bastards who want to forget I'm here to remind you that it is to celebrate the birth of Jesus. If you take this one trivial aspect away from the celebration then the day becomes another orgy of excess or sentimental banality. The Christmas magic come from the reason for the event. So instead of stuffing your face with food you don't need and giving presents to kids who have so much shit that they don't know what to do with it, how about you go to Church and bend your knee to the babe given to us by God and be thankful for His mercy. For the Master honours those who honour him.

And enough of the Seasons Greetings, Festive Tidings and especially Happy Holiday shit. All of which are an attempt to secularise an otherwise religious spirit. Grow a pair of balls and tell those who get offended by hearing Merry Christmas to fuck off. It's a time of peace and goodwill and if they can't get with the program then they can go to hell. I'm sick of the miserable bastards.

To the rest of you, a hearty Merry Christmas to you all.