Mencken on IQ Tests and Liberals. 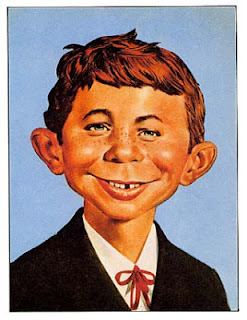 Menken here writes on his opinion of IQ tests and liberals. I've highlighted what I think are the important points.


Here, of course, I flirt with the so-called intelligence tests, and so bring down upon my head that acrid bile which they have set to flowing. My plea in avoidance is that I have surely done my share of damning them: they aroused, when they were first heard of, my most brutish passions, for pedagogues had them in hand. But I can only say that time and experience have won me to them, for the evidence in favor of them slowly piles up, pedagogues or no pedagogues. In other words, they actually work. What they teach is borne out by immense accumulations of empiric corroboration. It is safe, nine times out of ten, to give them credence, and so it seems to me to be safe to generalize from them. Is it only a coincidence that their most frantic critics are the Liberals, which is to say, the only surviving honest believers in democracy? I think not. These Liberals, whatever their defects otherwise, are themselves capable of learning, and so they quickly mastered the fact that MM. Simon and Binet offered the most dangerous menace to their vapourings ever heard of since the collapse of the Holy Alliance. Their dudgeon followed. In two ways the tests give aid and comfort to their enemies. First, they provide a more or less scientific means of demonstrating the difference in natural intelligence between man and man-a difference noted ages ago by common observation, and held to be real by all men save democrats, at all times and everywhere. Second, they provide a rational scale for measuring it and a rational explanation of it. Intelligence is reduced to levels, and so given a reasonable precision of meaning. An intelligent man is one who is capable of taking in knowledge until the natural limits of the species are reached. A stupid man is one whose progress is arrested at some specific time and place before then. There thus appears in psychology and the next instant in politics-the concept of the unteachable. Some men can learn almost indefinitely; their capacity goes on increasing until their bodies begin to wear out. Others stop in childhood, even in infancy. They reach, say, the mental age of ten or twelve, and then they develop no more. Physically, they become men, and sprout beards, political delusions, and the desire to propagate their kind. But mentally they remain on the level of schoolboys.

The fact here is challenged sharply by the democrats aforesaid, but certainly not with evidence. Their objection to it is rather of a metaphysical character, and involves gratuitous, transcendental assumptions as to what ought and what ought not to be true. They echo also, of course, the caveats of other and less romantic critics, some of them very ingenious; but always, when hard pressed, they fall back pathetically upon the argument that believing such things would be in contempt of the dignity of man, made in God's image. Is this argument sound? Is it, indeed, new? I seem to have heard it long ago, from the gentlemen of the sacred faculty. Don't they defend the rubbish of Genesis on the theory that rejecting it would leave the rabble without faith, and that without faith it would be one with the brutes, and very unhappy, and, what is worse, Immoral? I leave such contentions to the frequenters of Little Bethel and pause only to observe that if the progress of the human race had depended upon them we'd all believe in witches, ectoplasms and madstones today. Democracy, alas, is also a form of theology, and shows all the immemorial stigmata. Confronted by uncomfortable facts, it invariably tries to dispose of them by appeals to the highest sentiments of the human heart. An anti-democrat is not merely mistaken; he is also wicked, and the more plausible he is the more wicked he becomes. As I have said, the earliest of modern democrats were full of Christian juices. Their successors never get very far from Genesis 1, 27. They are Fundamentalists by instinct, however much they may pretend to a mellow scepticism.

One undoubted fact gives them a certain left-handed support, though they are far too discreet to make use of it. I allude to the fact that man on the lower levels, though he quickly reaches the limit of his capacity for taking in actual knowledge, remains capable for a long time thereafter of absorbing delusions. What is true daunts him, but what is not true finds lodgement in his cranium with so little resistance that there is only a trifling emission of heat. I shall go back to this singular and beautiful phenomenon later on. It lies at the heart of what is called religion, and at the heart of all democratic politics no less. The thinking of what Charles Richet calls Homo stultus' is almost entirely in terms of palpable nonsense. He has a dreadful capacity for embracing and cherishing impostures. His history since the first records is a history of successive victimizations-by priests, by politicians, by all sorts and conditions of quacks. His heroes are always frauds. In all ages he has hated bitterly the men who were labouring most honestly and effectively for the progress of the race. What such men teach is beyond his grasp. He believes in consequence that it is unsound, immoral and of the devil.

Mencken here notes the fundamental opposition between democratic ideology and metrics which demonstrate the falsity of the ideal. Mencken is also quite astute in recognising that when confronted with empirical confirmation of the falsity of democratic equality, the democrat will argue against the finding on non-empircal grounds.  Democracy is not just a method of government, it is a religion, especially amongst liberals. But if you think about it a bit more, radical democracy with its profound insistence on egalitarianism, is front loaded with moral relativism. Superiority of any kind is profoundly undemocratic, so in a democratic society there will be a relentless underlying pressure to "level" everything. Radical libertarianism complements this state of affairs, since the libertarian with his desire to "damn well what he pleases" frustrates any attempt at collective action which will result in a superior outcome for the common good. The problem really isn't with the intelligent libertarian, who can be persuaded with logical argument and factual evidence towards a course of action which clearly superior. But what if the libertarian is a democrat or an idiot? What then?  Unfortunately, libertarian ideology also seems to  assume that all men are created equal. They aren't.

The two ideologies feed each other.

Mencken also realises that empiricism and rationality are the enemies of universal Democracy which totally refute its underlying assumptions. This strain of thought goes against a large body of "romantic conservative opinion" which see's rationality as the enemy of conservatism.  Liberalism is founded on irrationality, conservatism is empiric, and conservatives who diss intelligence are sawing away at their own branch.

Unlike most of the HBD crowd, Mencken still seems to harbor some reservations with regard to IQ tests.  Whilst he recognises their validity, he seems to hint that there are limits to their usefulness. Mencken recognises that the problem with the liberal ideology is not stupidity but fantasy. The liberal prefers the world to be a certain way and ignores evidence which is contrary to his ideal. The liberal pathology does not rest on a deficiency of data processing but a deficiency of data recognition.  A philosophy which rests on ignoring data would appear to be manifestly stupid, but lots of people who embrace this ideology seem to do quite well these days and wield and inordinate amount of influence.

It's obvious most people that flying a plane by democratic vote is stupid, but moronic input into the running of the state is percieved as being benign.  The reason for this is that the consequence of bad decsion making in the air is immediate and usual fatal. The average mind is therefore able to appreciate the dangers. But when the danger is gradual and far away the danger is dismissed. It is the phenomenon of stenosophism at work.

Modern democratic ideology is profoundly hostile the conservative notion of the good running of a society. This does not mean that the alternative is to embrace a conservative dictatorship, rather, conservatives need to embrace a political ideology which limits the power of the moronic proles and yet protects the proles against the maliciousness and exploitative nature of the mainstream elites.
Posted by The Social Pathologist at 1:56 pm 31 comments: