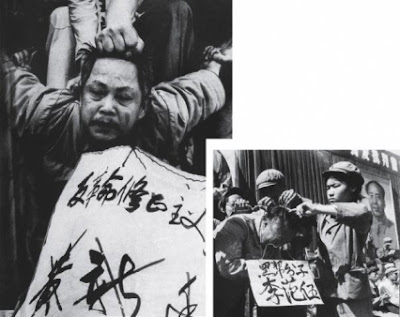 For this author, the response by most of the Alt-Right to Hillary's speech was one of naivete. Back in the "Old Days" of the Soviet Union, when Uncle Joe singled out an enemy, the astute recognised that that that person was about to receive a world of hurt. Looked in that context, Hillary's speech, if it really did represent the position of Communist Democratic Party of the United States, was pretty much both a declaration of war against the Alt-Right and public recognition that the GOP are it's "house pet".  Both parties agree that the Alt-Right is their common enemy and they are now, for all practical purposes ideologically indistinct.

Both parties are have shown that they are committed to the managerial state and its existence, and as the purpose of the managerial state is to fix "problems" for the common good, what Hillary (and the GOP) did is identify the Alt-Right as a "problem" and thereby declared war on it. What this means is, that should Trump not win,  in the next few years the state apparatus will be orientated towards the suppression and destruction of the Alt-Right. I also need to add that I'm not convinced that Trump is all that "Alt-Right" either, I hope I'm wrong, but any victory of his will simply be a stay of execution, till the political cycle restores the Democrats, unless there is a fundamental shift in the political culture of the U.S.

I hope I'm wrong, but by the time this is over I imagine that there will be persecutions against the Alt-Right done withing the Anglo-Saxon tradition. What this means is that whilst there won't be the Gulags in Alaska, people will lose their jobs, have their careers wrecked, be politically disenfranchised, economically crushed, publicly ridiculed and with the state turning a blind eye to their abuse by "socially just" criminal elements with the occasional lynching.

The people whom the Left will go after will be the people they consider Alt-Right and I think this is an important distinction which many of the Alt-Right fail to understand. The Left's definition of the Alt-Right includes everyone who is "right" of the GOP and is not a libertarian. That includes traditionalist Christians, Nazi's, NRx, nationalists etc. Everyone who's not with the program. This definition suits the Left, since by mixing Nazi's with Christians it conflates them in the minds of the sheeple, and it can punish one with the sins of the other, all with public approval.  It's a political tactic designed to conflate and by the Left's definition I fall into the Alt-Right.

Within the non-approved Left however, the alt-Right has a specific meaning which has developed over the last year or so. The stormfront-esqe entryist hordes have shifted its real world meaning to mean something akin to "soft Nazism" with an emphasis on; anti-Christianity, genetic Calvinism, blood and soil politics, Judaic obsession and mass-man political theory. From this perspective I'm explicitly NOT of the Alt-Right. These guys, have as their "tradition", the rejection of pre-Modernist European culture and the embrace of Right-Modernism. Anybody who wants to see how eerily similar the past was to the present should google up the political philosophy of Charles Maurras. His ideology was a dead end.

The "Right" I belong to is incompatible with the Alt-Right, primarily because it's anti-Christian and ultimately Modernist in foundation,therefore by its definition I'm a cuck. But it won't really matter. When Hillary sends in her Soros-troopers we're going down together.

Posted by The Social Pathologist at 11:16 am 28 comments: