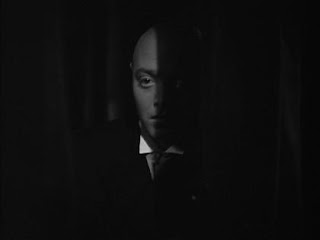 In the previous post, there was a very interesting segment where Jordan Peterson expounds on the relationship between dogma and innovation. I think this is a very important segment since it highlights a problem that many Rightists miss. While it is quite easy to recognise the errors of liberalism, a rigid Traditionalism is just as toxic.

It's this blogs' contention that Traditionalists were the midwifes of the modern world. By placing Tradition above Truth, the Traditionalists ensured that doctrinal developments which would have given the Faith the capacity to combat the modern world were left stillborn.  Notice how Peterson formulates the the need to be vigilant and observant, and to update Tradition in accordance with the Truth, not fashion or preference.

A good example of this tension between Tradition and Truth is currently at play in the Catholic Church. While I'm not an enthusiastic fan of Francis, and am fully aware of the indissolubility of marriage, there does appear to be at least some Biblical legitimacy for "non mortal" divorce. There is a predictable pushback from the Conservatives against the Pope which I find hilarious, as these same Conservatives were the ones who previously insisted on the need for the faithful to be obedient on the grounds of Papal Authority alone. As I've said before, the Liberals are the easy to identify villains, the less obvious ones are Conservatives, who stop any form of doctrinal development and regard the faith as complete.

The segment in question can be found here.
Posted by The Social Pathologist at 11:08 pm 18 comments: