Democratic Man Has No Balls.

They who can give up essential liberty to obtain a little temporary safety, deserve neither liberty nor safety. 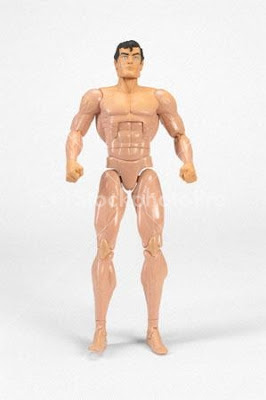 In my mind there is no doubt that Islamic terrorists are currently making attempts to cause harm to the U.S. and other countries in the West. I have no doubt, either, that should they obtain access to nuclear or biological weapons they would use them in an indiscriminate fashion for the maximum psychological effect.  The threat against the West is real and it is only a matter of time till the Radical Islamicists pull off another spectacular stunt. Many will die.

It is also true that the majority of mass shootings in the United States are committed by individuals with high powered semi-automatic weapons. The current attempts to ban them will, in my mind, significantly reduce the risk of mass shootings such as were seen in Colombine and Sandy Hook. The removal of these weapons in Australia has now meant that there have been none since the Port Arthur massacre.

Now the reason I bring these points up is with regard to the interplay, in democracy, between personal safety and individual liberty. I have no doubt that the recent PRISM revelations (and Echelon, Trailblazer, etc.) are all programs which have been implemented to protect American (and allied citizens). I have no doubt that they probably have saved peoples lives but the question I ask myself is, "at what expense?" The price, I think, is now too high.

Take the proposed semi-automatic firearm restrictions. This is very complex topic (Why is it that Americans are more trigger happy than other nationalities when it comes to mass shootings? But that's for a different time.) but any elemental reading of the U.S. constitution would lead to the conclusion that U.S. citizens have the right to bare arms. I'm no constitutional scholar, but it appears to me that the founding fathers intended for the citizens of the U.S. to fight back against their government if it became too uppity.  The U.S. constitution is front loaded with an ever present potential for war of the U.S. citizenry against the U.S. government.

The U.S. constitution was founded in a time where modern antibiotics, anaesthetics and surgical techniques were non-existent. War was horrible, yet, the fathers of the U.S. felt that the mass slaughter that wound entail should Americans choose to defend their liberty against the government was worthwhile price to pay. The founding fathers valued their liberty more than their security.

I can't imagine Ben Franklin, surveying the tragedy of Sandy Hook, suddenly proposing a semi-automatic ban. He too would have been moved by the horror, but accepted it as a consequence of having an armed citizenry.  The fact that some citizens misused their right to bear arms was no reason to take away the rights from those who didn't-- especially in the name of public safety. It would of been a trade-off he would have been unprepared to take.

Which brings me to the PRISM program. I have no doubts that it has bought benefits to the U.S. state and the West, but at the expense of having every electromagnetic enabled communication monitored. Nothing is private any more. The U.S. government's argument, that there is clear oversight of the program is of no comfort, especially to anyone who has any first hand knowledge of public servants or government officials. I mean, after all, wasn't the IRS mean to be impartial?* Most congressmen, not exactly examples of moral rectitude, have the vaguest idea of what is going on. How do they police the system? More importantly, what happens when these morally ambiguous beings take control of it.

PRISM, Echelon, the Gun control debate and nanny state rules are all enabled by a democracy which values safety over liberty. History has repeatedly shown that those who own the guns make the rules and those without the guns have to take it. Having everyone disarmed and having the government spy on everyone else is a great thing until the government becomes tyrannical, then it's too late.

The terrible tragedy here is that of Edward Snowden. He has given up friends, family, liberty and a hot girlfriend (who seems to be exploiting her situation with a lot of raunchy pics) in order to "inform the people." The problem is that the people are the problem and  seem quite happy with the situation as it is. His efforts were in vain; the people prefer safety to liberty. Democratic man has no balls.

*Just to show that this isn't a Left vs Right thing. Political opponents in the U.S have traditionally used the IRS to their persecute their opponents. Richard Nixon sent in the IRS to hound Curtis Le May after his failed attempt with Wallace in the 1968 elections.