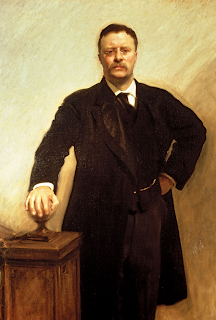 I think that it is a fairly standard trope in neoreactionary circles to lay the blame of modern Liberalism at the feet of Protestantism and I must admit that I'm in broad agreement with this position. Once you ditch the idea of an objective truth (as Catholicism understands it) you're left with subjective truth which results in every man being his own Pope.  Soon enough, in such society, serious differences of opinion will appear and in order to practically stop that society from tearing itself apart you have to allow some tolerance of opinion.

Now a common sense, or prima facie reading of the Bible does put some limits on what is tolerated, and a cursory reading of history will show that, by and large, until recently mainline Protestantism did not permit the degeneracy that is about us. i.e.  a simple "textual" reading of the Bible provided protections against excessive tolerance. However with the delegitimisation  of "traditional" interpretations of the Bible through modern biblical scholarship, democratic idealism and the progression of atheism , these "brakes" on tolerance evaporated.  Dechristianised Protestant society, while having the habit of tolerance, has lost its limiting mechanism----and we see the ruins about us.

I think that this brief sketch outlines the one of the main arguments against Protestantism as put forward by Catholic and reactionary authors, and an objective student of this subject will have to admit that they have a point.  However, I think that while this analysis is correct, it misses a proper understanding of the role that Protestantism has played in the development of Christianity. And I'm increasingly of the opinion that Christianity's survival in modernity may in large part due to its existence.

One of the things that strikes the observer of Catholicism is its strong sense of tradition and its resistance to change. Now, of course, a lot of this is due to the nature of Catholic theology but I think the institutional nature of the church plays a large role here as well. The lay observer, when reflecting on the current sexual abuse crisis, is struck by the fact of how the Church was unable to spontaneously institute the appropriate changes in governance and acknowledge fault, but rather had to be dragged "kicking and screaming" into recognising that it had a problem. The institution simply does not move.

It is said that God permits lesser evils so that greater ones will be avoided. When Luther nailed his thesis on the Church door he wasn't intending to break from the Church, but that's the way it turned out, and a large part of it was due to the institutional inertia of the Church in dealing with the problems of the time. Trent, when it finally came along, corrected many Protestant errors but it also honored may of its criticisms.  But its important to note that without Protestantism there would have been no Trent, and all of the reforms it instituted.   What I'm trying to say is that the institutional nature of the Church is reactive rather than proactive and without the Protestant push, it's unlikely that the Church would have spontaneously self corrected. God may have not wanted the Church to split but the clergy was incapable of self-generating reform, it needed Protestantism's dynamism to do that.

Scholars, looking at the relationship between modernity and Catholicism, have noted that Church's position was oppositional and other worldly, and until recently, it encouraged a culture apart from modernity. Catholicism's approach to modernity was literally defensive hoping for modernity to collapse and for medievalism to return.  Given that modernity did not fail and the fact that the Churhc did not have the "in house" skills to attack it meaningfully and it's no surprise that the Catholicism in the West collapsed suddenly with Vatican II, the Church pulled down the ramparts without going on the attack--it didn't know how to--and was simply overwhelmed.

Protestantism, unlike Catholicism,  did have a history of engaging with modernity.  England never went as feral as France and the Victorian Age was one of religious  piety with great social reform. Christianity in the Victorian Anglosphere was respectable and modern and it was able to achieve a successful transformative arrangement with modernity. Still, it ultimately suffered from the weakness of Protestantism and self-destructed because it could not filter the good ideas from the bad, it lacked a governing authority.

In my opinion, Christian Liberalism was the high point of the Protestant engagement with Modernity  and which gave us the marvelous Belle Epoque. However, Protestantism's inability to draw the line saw that liberalism degrade into the modern liberalism about us.

Staring at history from an Olympian perspective, one can think of Protestantism as an incubator of Christian ideas which served as an antidote to the institutional inertia of the Catholic Church which seemed to be happy to sit on the sidelines and complain. Some of these ideas;  like the abolition of slavery, religious tolerance, work ethic,  less reliance on the confessional, etc. were very good. The Catholic Church may have thundered anathemas at the Protestants but it was they who managed to achieve some kind of temporary workable synthesis with modernity, something the Catholics still can't do. The Church may have held the deposit of the faith but it was the "sound" Protestants who took it out to the field.

And there is no doubt that the success of Protestant culture had profound influence on Catholic culture which was able to absorb some of the ideas through cultural diffusion rather than explicit agreement. Newman's ideas on the freedom of conscience come straight from the Protestant playbook and have now become part of the "deposit of faith". When he converted he bought some of his Protestantism with him and the Church incorporated it. As I see it, the only way that Catholicism will be able to engage with modernism meaningfully is if it incorporates the "best bits" of Protestantism within it's body of faith.


What I'm trying to say is that from a big picture perspective, the "freedom" of Protestantism balanced the institutional inertia of Catholicism and gave Christianity--as a whole--the ability to adapt to the modern world in a way which would have been incapable had the Church remained in control: its institutional inertia--by the clergy and traditionalists-- being way too strong to overcome "in house." Protestantism provided the Christian space for innovation which produced both good and bad developments with the Catholic Church "filtering" and incorporating  the ideas when they were proven.

"In all probability, all that is best in Protestantism will only survive in Catholicism; and in that sense all Catholics will still be Puritans when all Puritans are Pagans."