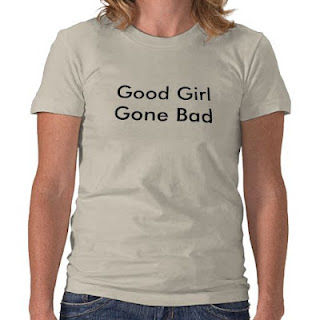 Back in 2010 Anthony Paik published a study which received widespread media attention at the time. The findings were "spun" in such a way to show that casual hookups could lead to successful long term relationships. Susan Walsh had a look at it and found that the media reporting was quite biased, but this is to be expected, as selective reading of the findings were supportive of the liberal social script.

He did manage to get another study published in 2011, however, the findings in this one could not be spun so easily and hence the media gave it only a nominal amount of  coverage.

Titled, Adolescent Sexuality and The Risk of Marital Dissolution, the study attempted to find out whether adolescent sex was a risk factor working against long term marital stability, and if it was, whether the effect was causal or selective. The paper is available from here. (You can get the .pdf at the site)

The science of Slutology is still in its infant stages and Paik acknowledges that there have been very few studies done.  He lists the previous work in the area and some of the mentioned papers have been presented on this blog previously.


Only four nationally representative studies have examined whether premarital sexual experiences are linked to divorce (Heaton, 2002; Kahn & London, 1991; Laumann et al., 1994; Teachman, 2003). Nevertheless, the core finding—the association between premarital sex and increased risks of divorce—is robust[Ed]. Teachman (2003) found that women who had sex only with their future husbands did not have higher risks of marital dissolution, which suggests that the premarital-sex effect on divorce is related primarily to having sex with multiple partners

Now the question that Paik wanted to answer is whether premarital sex made a good woman risk or whether risky women engaged in premarital sex.


Despite the many contributions of prior research, there is a need for an approach that distinguishes between selection and causation explanations and that focuses attention on whether the timing and unwantedness of adolescent sexuality are linked to divorce.

He looked at the sexual histories of approximately 3,800 women taken from the 2002 U.S. National Survey of Family Growth and crunched the numbers. You can read about the methodology in the paper but the important findings are as follows:


My results support the argument that observed linkages between adolescent sexual debut and marital disruption is one not of selectivity but of changes in beliefs and attitudes about marriage and relationships that result directly and indirectly from these [Ed: Multiple Sexual]experiences.

I have argued that these formative sexual experiences directly change attitudes toward marriage and sex or lead to these changes indirectly through later life-course transitions, such as the accumulation of sexual histories or
experiencing premarital fertility.

Now Paik cautiously advocates that this is only a tentative conclusion and that more work needs to be done. I personally think that Paik wasn't too happy with the findings either. Throughout the work there appears to be a grudging acknowledgment of the effect of multiple sexual partners on divorce risk. Most sociology professors are liberal but he is to be commended on letting the chips fall where they may.

No one, of course, has yet been able to explain the rock solid association between premarital virginity and decreased risk of divorce.  These women, either through partner choice or personal quality have "something" which protects them against life's vicissitudes. No "scientific" explanation is yet forthcoming. Yet for the non-virginal, the bulk of data available seems to indicate a positive correlation between partner count and divorce. I can't but help but think of GBFM, and wonder if promiscuity is a mechanism of desoulment . It's a good an explanation as any.

Note. I can hear the bleating of Left already.

I know that correlation is not causation but the whole point of looking for correlations is that there is a likelihood of finding causation as well. For years the risk of smoking was only correlated to the risk of lung cancer. Tobacco companies for years denied the link and it was only in the late 1990's that a direct mechanism was demonstrated.  Feminists and Leftists will, with same logic of tobacco company lawyers, attempt to do the same. I am not attempting to convince them. Logic and empirical evidence are no use to people who practice cognitive dissonance as a voluntary habit.

Posted by The Social Pathologist at 11:37 pm 19 comments: