Goldstein's Book was a Dictionary. 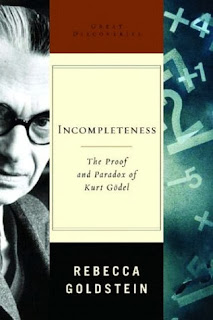 Following up on my previous post, it's important to note that while concept development may be hampered by a lack of word to explain a thought, a far more insidious mechanism by which the Cathedral stifles realthink is through word-concept manipulation. Ever wondered why the Cathedral prefers the term "undocumented immigrants" to illegal aliens. ( In Australia the preferred left term is "asylum seekers") or why "tolerance" means being unable to say no to anything you don't like? It isn't an accident.

Advertisers have long known that when it comes making a pitch for their product they have to appeal to the "gut instinct" more than the head.  When Ford or GM want to sell a product they try to associate the product with other stimuli that will generate positive feelings. They're doing this because it has long been recognised that a person's emotional state influences their cognitive thought patters and that decisions tend to be congruent with the induced emotional state. The important point to recognise here is that information is is processed at both an instinctive and cognitive level. The automakers want you to "bellyfeel" their product.

"Bellyfeel" is an important concept which modern political science has seemed to avoid (the philosophical implications would destroy democracy) but which most modern dictators have understood implicitly.   I've proposed the word autognosis for the phenomenon but I'll use the Orwellian version of it since most people prefer Anglo neologisms.  Bellyfeel is not gut-instinct, rather, it sits between gut instinct and rational thought. It is System1 thought.

System 1 "thinking" is not really thinking at all, more like a very high order reflex that seems to be triggered in response to wide range appropriate associated stimuli. The important point here to recognise is that System 1 thinking is emotionally driven and not strictly rational. By manipulating emotions and their associations, System 1 thought can be manipulated. A significant portion of Cathedral resources are devoted to "emotional association management."

A far more devilish Cathedral device is word redefinition. To illustrate just how powerful this effect is, consider the word gay.  The traditional definition was "lighthearted and carefree", but it's continual association with homosexuality has redefined its meaning to the extent that one cannot think of "gay event" without homosexual associations being formed. No one from the Left changed the word officially, the word was changed by a deliberate use of it outside its appropriate context.

Perhaps the most insidious and hence difficult to spot variant of this is word conflation, especially amongst concepts which are closely linked. Take "tolerance" and "acceptance" for example. Intuitively (System 1) the two concepts appear the same. It takes some higher order thought to recognise the difference. Tolerance is putting up with stuff that you don't like. Acceptance, is giving cognitive and moral assent to an action.

Words with closely related meanings are prime targets for Cathedral manipulation. The Cathedral does is by this by effectively (not explicitly) redefining the word through strict control of its practical usage. Uncritical thinkers (Conservatives and most Liberals) don't notice the difference in usage. By continually referring to those who uncritically accept its view as "tolerant", whilst brandishing those who oppose them as "intolerant", the System 1 thinker is conditioned into a new meaning of "tolerance". It never occurs to the System 1 thinker that the "tolerance" of Theodore Roosevelt is totally different to the "tolerance" of Barack Obama.  Thus the Left wing agenda of Obama is justified by the Right wing rhetoric of Washington.

It's horrifying to see how a bunch of Newspaper Editors (unelected and unaccountable), influenced by the Left wing arts/media faculties, are able to redefine words and so profoundly influence thought, especially amongst mass-man.   Whoever would have thought that dictionaries were so important?

Orwell's Newspeak is around you.

Posted by The Social Pathologist at 11:36 am 4 comments: