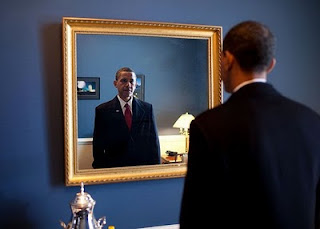 I no longer believe that political solutions are possible for us. I am baffled by the way people still speak of the West as if it were at least a cultural unity against Communism though it is divided not only by a political, but by an invisible cleavage. On one side are the voiceless masses with their own subdivisions and fractures. On the other side is the enlightened, articulate elite which, to one degree or other, has rejected the religious roots of the civilization-the roots without which it is no longer Western civilization, but a new order of beliefs, attitudes and mandates.[Ed]

In short, this is the order of which Communism is one logical expression, originating not in Russia, but in the culture capitals of the West, reaching Russia by clandestine delivery via the old underground centers in Cracow, Vienna, Berne, Zurich, and Geneva. It is a Western body of belief that now threatens the West from Russia. As a body of Western beliefs, secular and rationalistic, the intelligentsia of the West share it, and are therefore always committed to a secret emotional complicity with Communism of which they dislike, not the Communism, but only what, by the chances of history, Russia has specifically added to it-slave-labor camps, purges, MVD et al. And that, not because the Western intellectuals find them unjustifiable, but because they are afraid of being caught in them. If they could have Communism without the brutalities of ruling that the Russian experience bred, they have only marginal objections. Why should they object? What else is socialism but Communism with the claws retracted? And there is positivism. What is more, every garage mechanic in the West, insofar as he believes in nuts and bolts, but asks: "The Holy Ghost, what's that?" shares the substance of those same beliefs. Of course, the mechanic does not know, when he asks: "The Holy Ghost, what's that?" that he is simply echoing Stalin at Teheran: "The Pope how many divisions has the Pope?"

That is the real confrontation of forces. The enemy-he is ourselves. That is why it is idle to talk about preventing the wreck of Western civilization. It is already a wreck from within. That is why we can hope to do little more now than snatch a fingernail of a saint from the rack or a handful of ashes from the faggots, and bury them secretly in a flowerpot against the day, ages hence, when a few men begin again to dare to believe that there was once something else, that something else is thinkable, and need some evidence of what it was, and the fortifying knowledge that there were those who, at the great nightfall, took loving thought to preserve the tokens of hope and truth.

I feel that this is one of the most important passages in the book. Here Chambers clearly states that Western Civilisation is a Christian civilisation. It needs to be remembered that the philosophical changes embraced by the 19th Century intellectuals did not real gain traction amongst the greater body of "thinking' men till the 20's and 30's and finally percolated down to the mass of western humanity in the 60's with its resultant social upheaval.

Atheism is the enemy and the battle field is the mind of man. Solzhenitsyn, living a different experience to Chambers, came to the same conclusion. Just as the machine and modern economy transformed society, so does atheism transform morals. Thought precedes act.

Any renewal of Western Civilisation will not come from any political arrangement, or through some legislative process, but rather a religious renewal of the West. There is no other way. This is a hard fact to accept, since it would be far easier to sell a political solution than a Christian renewal. With the exception of the U.S. , in most countries, religious devotion is synonymous with mental instability and is political suicide.  Trying to legislate Christian morals onto an effectively irreligious world will lead to a backlash against Christianity. This isn't my opinion it's logic.

Men have to be converted first, before they will accept the political program. This is what I think is the thrust of Chamber's message.

Posted by The Social Pathologist at 9:56 am 17 comments: