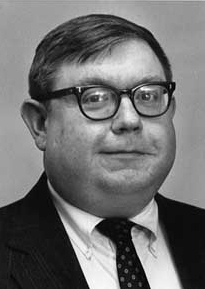 It's a shame that Sam Francis was not alive to see Donald Trump's victory. More than anyone else, he had discerned the hurt and pain which was being felt by America's yeomanry since the 1980's. In his small way, through pen, article and book, he  tried to educate Americans about their predicament and motivate them to resist. During his lifetime, his efforts were in vain. Rather, it took eight years of Communist  Democrat governance to final motivate them.  Trump's victory was  in effect, a vindication of his views, especially the belief that the Republican "Neo-Con" approach to politics was wrong. Trump's strategy, which was essentially textbook Francis, delivered spectacularly.

Trump by any considered deliberation is a flawed candidate, who in normal times would never have achieved what he did, except that these are not normal times. Middle America was looking for a saviour, the threat to its existence being palpable, that it was prepared to overcome his history and his all-to-clear faults and chose him, to the surprise of the World, in preference to the diabolical harridan. By appealing to middle America, Trump was able to defeat--against impossible odds--the combined media/establishment collusion.

As an Australian, U.S. politics affects me in an indirect, if real way. Yet, I've got to admit, this election has given me more anxiety than any here in Australia. Like many other commentators, I felt that this was America's--and therefore the West's--last chance. I think had the Harridan won, the U.S. would have crossed a precipice from which it would have been impossible to recover. Christian persecution would have ensured and a demographic flood that would have been unleashed that would have drowned what remained of the bourgeois, Middle American culture. America would have remained as a geographical entity but it would have transformed into something altogether unrecognizable. I think many Church leaders realised this as well and there was palpable sense of fear among some. For the first time ever in my memory, when the prayers of the faithful were being offered in my local Catholic church, a "non political" prayer was offered in support of Trump.

This election was THAT important.

Trump's victory was therefore not just a big f**k you to the establishment but a deliverance from what was sure to be a persecution of Christians, the beginning of which was started under the Obama administration. Still there needs to be pause. Whilst we were not pushed over the edge, both the U.S.--and Western Civilisation--still stands at that precipice, and unless the Trump administration actively goes out to destroy the institutional structures which turned against middle America and its cultural foundations, all this election amounts to is a stay of execution.

Sam Francis initially had great hopes for the Reagan Revolution but was dismayed as the enthusiasm and energy of that movement was co-opted and decapitated by the politics and machinations of the managerial state. By the time Reagan left office, the state was bigger, more intrusive and less accountable. Regan, in many ways, built the state structure which was co-opted by the Democratic Left and later used to crush middle America.

Francis recognised that in order for any Middle American Revolution to succeed it had to dismantle the managerial state--insofar as it was feasible--and deliver power back to America's traditional bourgeois class. Failing to do so would simply result in a resumption of persecution with the next turn of the political cycle. Unless the Trump presidency is led and guided, it too risks being a Reagan v2.0. What gives me a lot of hope is Trump's reputation of not forgetting his enemies. He has also been given control of Congress and the House of Representatives.

I say "led and guided" quite seriously because as a result of this election, official "Conservatism" is dead, and a new one needs to take its place. The internet, and not the mainstream media, is now the forum of ideas and it's quite surprising to see just how influential it has been, especially with regard to the "Right". Trump, also, seems to have grasped its influence.

Its not the purpose of this post to give a detailed program but "culture management" and "power limitation" are the keys to enduring victory.  Leviathan needs to be hacked to pieces and it should be the role of the dissident Right to push the Administration in the right direction. For example, some of the ways which the Administration could dismantle leviathan is by;


1)Stopping the Federal subsidy of the Left. Defund and Tax the Humanities departments. Move them physically into minority areas and only provide "conditional funding". Make Humanities degrees conditional on completion of a STEM qualification and so on.

2)Break up the media monopolies. Recognise that the internet is now a utility and needs to be regulated as such. Break up Google, Facebook, Twitter etc.

3) Make it a Federal offense to mislead in journalism.

5) Reverse the "Demographic Engineering" of the Left. Unchecked migration had the synergistic effect of dropping labour costs and turning the country "blue". It doesn't have to be done inhumanely. i.e. If your an undocumented immigrant you can stay but no citizenship rights and so on. Undocumented migrants should be housed in "Blue" areas since these people are more accepting of minorities.

6) Leave religion alone. Don't promote it, don't hinder it and so on.

This has been, in terms of political drama, THE. BEST. ELECTION. EVER.  But I have often felt that given the apparent insurmountable odds faced by Trump, there has been something of the Divine active in the affairs of men. To quote Roissy;


I’m not a religious man, but it seems to me the Hand of God is guiding this election, and that He has notarized The Trumpening. The tragedy that accompanies this view is that even with God handing them every reason to vote Trump, a large group of Americans sees fit to defy His magnanimity. Well, the unwoke are about to be smote.

In Catholic circles we are currently in the Year of Mercy. I think we have been given--what many intelligent non-believers also believe--is one last chance.  We can't afford to stuff this one up. The gloves are off, it's a grab for power.
Posted by The Social Pathologist at 11:35 pm 7 comments: