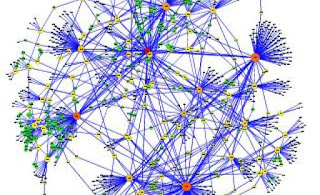 What was noted by E. J. hanger (1978) remains true today: that much of contemporary psychological research is based on the assumption that people are consciously and systematically processing incoming information in order to construe and interpret their world and to plan and engage in courses of action. As did E. J. hanger, the authors question this assumption. First, they review evidence that the ability to exercise such conscious, intentional control is actually quite limited, so that most of moment-to-moment psychological life must occur through nonconscious means if it is to occur at all. The authors then describe the different possible mechanisms that produce automatic, environmental control over these various phenomena and review evidence establishing both the existence of these mechanisms as well as their consequences for judgments, emotions, and behavior. Three major forms of automatic self-regulation are identified: an automatic effect of perception on action, automatic goal pursuit, and a continual automatic evaluation of one's experience. From the accumulating evidence, the authors conclude that these various nonconscious mental systems perform the lion's share of the self-regulatory burden, beneficently keeping the individual grounded in his or her current environment.

The Unbearable Automaticity of Being.

Of passing recent interest was the fact that the last known survivor of the Treblinka Concentration Camp, Samuel Willenberg, died last week.  He managed to escape the camp and not get recaptured on the basis that he had a "non-Jewish Look" which helped him avoid suspicion.  With this in mind, it's also ironic to think that some of the poster people for the Aryan Reich were later found out to be Jews or mischlings.

On the other hand, it's interesting to note that one of the greatest Germanic geniuses, Kurt Goedel, was beaten up by Nazi thugs because they thought he was Jewish on the basis of his looks.


After receiving his doctorate, Gödel became a privatdozent (unpaid lecturer) at the University of Vienna. Like many of the young scholars who later found their way to the Institute for Advanced Study from Europe in the 1930s, Kurt Gödel was brilliant. Unlike many, he was not Jewish, although he moved in circles of Jewish intellectuals and was sometimes thought to be Jewish. He had once been attacked as such by a gang of youths while walking with Adele on a street in Vienna.

The Alt-Right like to advance the notion that "race is real", on the other hand, the Left like to think  of it is a "social construct" both views, in my opinion are similar in that they contain a kernal of truth mixed with a large amount of error.

The notion of race is an interesting one. If we look at things from a biological perspective only, what constitutes the dividing line between one race an another. At what point does "white" stop and brown begin? While it is easy to recognise the extremes , it's the crossovers which are difficult. Stormfront tends to view as "White" as everything from continental Europe that is not Jewish. Strict Nordicists regard regard NW Europeans as the only true whites. Who is right? There really does appear to be a degree of arbitrariness in where the line gets drawn.

On the other hand, the notion that meaningful distinctions can't be made between different populations of peoples is only upheld by those who embrace a denial of reality. Pygmies are obviously different from Dutchmen, however,  Pygmies and Dutchmen, can, if they want, breed and despite clear empirical differences they are still of the same species.

If we define "race" as populations of individuals with characteristics which distinguish them from the rest of the species, its apparent that the dividing line is then contingent on the parameters of distinction. Race is real only insofar as distinctions can be made and therefore race is a sort of construct dependent upon the parameters of selection; change the parameters and the membership of the race changes. If you make you definition of white very strict only very few are white, have a broader view and more people become white. There is no intrinsic dividing line rather it is contingent on the arbitrariness of the distinctions.  It's this fact that gives the Left some quite significant legitimacy in the claim that race is simply a membership made on arbitrarily chose preferences.

The problem however, with this view, is that it rests upon the assumptions of traditional western anthropology which tended to view our actions as the consequence of deliberate choices, deliberatively made. Given this view, race was a deliberate cognitive strategy of inclusion and exclusion which was historically speaking, privileged on group over the other. Since the act was deliberative, it was fair game for moral consideration.  In the Christian context particularly, this form of moral action was viewed in the negative.

But what if the distinction between "us and them" wasn't deliberative, what if it were automatic, a product not of rational calculation but of "pre-wired" cognitive autonomous neurological processing, felt in the conscious state as intuition. Would it be morally wrong? What if we have "functional modules" in our brain which automatically classify everyone and impart onto them either a positive or negative association bias without our willing control. What if the perception of race is a product of the Human Operating System?

There is a large body of evidence out there which shows that sterotype activation and racial categorisation is an automatic process which is seen in both prejudiced and unprejudiced individuals.(  Unprejudiced individuals being better able to consciously suppress negative stereotypes however this fails under periods of stress or cognitive overload). Furthermore, the intuitive understanding of "us and them" seems to be present from relatively early on in our development and seems remarkably resistant to learned modification. Simply put, human beings seem to born with the innate capacity to self-assort on the basis of similarity and this selection operates unconsciously.

The phenomenon of racial awareness is not a will decision, it is a biocognitive response. Cognitive science research has shown that most men operate as cognitive misers, and it is at this level that the automaticity of thought exerts the most influence. System 2 and Reflective thought regulating the operation of System 1 when activated.  But it needs to be understood that that the regulation of System 1 thought requires constant effort.  A stable "multicultural society" is a society is a society that is only maintained by cognitive effort, since the default state is towards monocultural ones.

I  think it was Xenosystems who recently called for an NRx entropic theory of society and I think the one way to approach the subject is that by considering the congnitive miser as the "lowest energy state".

Societies which work against human nature, are "high energy" societies which are intrinsically unstable.  Multiculturalism is a "high energy state" which needs to be maintained with effort. If the effort becomes exhausted, the drift is to lower energy (system 1) tribalism and primitivism; where life is nasty, brutish and short. The trick at the moment is how to release the energy in a controlled state but all signs seems to point to uncontrolled fission in progress.
Posted by The Social Pathologist at 11:31 pm 4 comments: