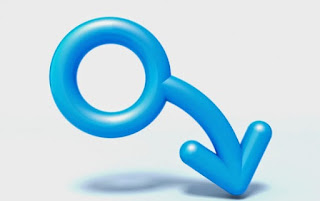 It is all very well to blame the politicians, managers, media wizards, and incumbents who profit from this system, but the truth is that it is the citizens themselves who permit it to flourish and endure. It is a universal characteristic of modern mass organizations that they encourage dependency and passivity, that most of the individuals who are members of these organizations cannot possibly understand or acquire the highly technical skills that enable the organizations to exist and function, and that the role of most of their members is entirely passive and subordinate while power and responsibility is centered in an elite that does understand and perform their technical operations. Lacking any real power or responsibility, the members merely do their jobs and behave as they are told to behave. This is why you usually receive such terrible service in government offices and larger stores (it's not the clerks' store, and it makes little difference to them whether the customer is satisfied or not), why so few customers complain about it (they are told not to expect courtesy or help because the store is "self-service"), and also why television sitcoms have to play recorded laughter to let the mass audience know when something funny has been said or done (the members of the audience are also passive and will respond to whatever signal is sent to them). In mass politics, the role of "citizenship" is largely confined merely to passive voting for whichever of the two organizational monoliths the citizen has been enticed to support. Comparatively few citizens even do that today, and the number who hand out petitions or work for candidates or run for office themselves is a minuscule part of the population.

The result of this inculcation of passivity is that even populist revolts such as that of the Perot movement last spring and summer cannot survive apart from manipulation and managed leadership. Despite all the enthusiastic support Mr. Perot's phantom candidacy attracted, no sooner had he withdrawn from the race than the whole bubble popped, usually in tears and whining at the "cowardice" and "betrayal" of the leader, and the only question asked of his followers, the only question they seem to have asked themselves, was which of the other two candidates would they support. It never occurred to any of them to assert active leadership of the movement themselves and fill the void that the Texas billionaire had pretended to create and fill. [ED]

Indeed, the inculcation of passivity by the managerial system and its elite is an essential foundation of its power, not only on the political level but also on the social, economic, and cultural levels as well. The entire structure of the system depends upon manipulating its members into believing (or not challenging the assumption) that they are not capable of performing the simple social functions that every human society in history has performed as a matter of routine. It is the constant instruction of the propagandists of the system that we are not capable of educating our own children, taking care of them without brutalizing them, providing for our own health or old age, enforcing our own laws, defending our own homes and neighborhoods, or earning our own livings. We are not capable of thinking our own thoughts without ubiquitous and self-appointed pundits to explain to us what we see and hear nor of forming our own tastes and opinions without advice from experts nor even of deciding when to laugh when we watch television.

What is really amazing about American society today is not that there is so much violence and resistance to authority but that there is so little[ED], that there is not or has not long since been a full-scale violent revolution in the country against the domination and exploitation of the mass of the population by its rulers. A people that once shot government officials because they taxed tea and stamps now receives the intrusions of the Internal Revenue Service politely; a society that once declared its independence on the grounds of states' rights now passively tolerates federal judges and civil servants who redraw the lines of electoral districts, decide where small children will go to school, let hardened criminals out of jail without punishment, and overturn local laws that are popularly passed and have long been enforced.

Is it any wonder that the two political parties and all their repulsive leaders, managers, speechwriters, image-makers, officials, fundraisers, vote-catchers, and candidates are frauds who are less convincing than street-corner card sharks? Why should they not be frauds? Who is there to expose their racket and hold them to account? "If God did not want them sheared," says the bandit leader in the movie "The Magnificent Seven" about the Mexican peasants he is robbing and killing, "he would not have made them sheep." The peasants in the movie prove they aren't sheep not by hiring the seven gunfighters to protect them but by finally taking up arms themselves. Sheep don't fight back; they wait for others to fight for them. If there remain today any Americans who are not sheep, they'll stop trying to hire phony populist gunfighters to save them from the wolfish bandits who run the country, and in the next four years they'll start learning how to shoot for themselves. [ED]*

Sam Francis, Revolution from the Middle.

Recently, whilst on holidays, I had the opportunity to read Sam Francis', Revolution from the Middle, and, Shot's Fired. Both are good books and have deepened my appreciation of Francis. I have some arguments with Francis, some of which I plan to expand on later on, but I'm in broad agreement with him on many matters. Reading though his works, I definitely got the impression that he was dismayed at the impotence of the socially corrective forces in the Anglosphere, an impotence which I believe he felt was due the the social conditioning bought about by "managerialism" but personally, I feel that it's malady lays much deeper.

Recent articles in the Web have noted that despite living in an age of sexual libertinism  the incidence of sexual activity amongst millennials is going down.  Religious types may celebrate but  Bacchus is not being displaced by the active belief in a Christian God. Logically, this would indicate that Eros is asleep on the job. Furthermore, recent strength tests show that millennials are physically weaker than their fathers and sperm counts are falling. What's going on?

I'm not sure, but all the "signs" seem to point towards a failure of "masculinity". A failure which I believe is due to multiple causes and therefore not really reducible to one overarching explanation. But it's a failure which I believe is going to have profound social and  political consequences for Western Civilisation unless it is rapidly repaired. Quite simply, the Left is winning because the Right lacks "Men".

Recently, Roissy made a call to the alt-Right (Riech) to reclaim game. I think NRx should take note. It's not simply about how to organise a society, but it's also about the type of people that form the constituency of that society. Any society, when faced will existential threat will wither, if its defence is based upon the bravery and motivation of eunuchs.

*(Disclaimer for the retarded and NSA) Francis wasn't did not advocate, nor do I, picking up a gun and shooting people. He felt the primary battle to be fought was cultural, not physical. The Right needs smart men, not Anime-Gun twitching-Eunuchs.

Posted by The Social Pathologist at 2:39 pm 2 comments: