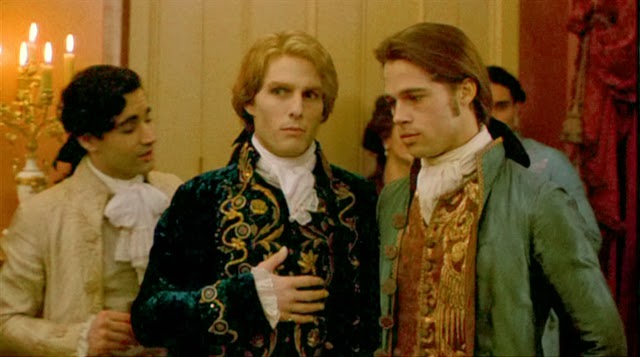 The manosphere, particularly its MRA component, likes to put the blame on our current sexual dysfunction squarely onto women. I've received a lot of criticism in the past for pointing out a lot of men are to blame for the current predicament as well. It's my contention that while feminism is a social poison, one of the other pathogens of the West is the failure of masculinity.


Our wedding night wasn’t horrible, but it wasn’t that great. As I said, neutral. I could work up a desire for him but it wasn’t there naturally. Immediately, our young marriage hit rocky shoals, because that’s just life. I immediately got pregnant and had difficult pregnancies which did nothing to help our sex life. He lost his job. We moved several times, across the country and in three different states. We ended up living with my parents. This did nothing to raise his sexual attractiveness to me. Hypergamy? What hypergamy?

Flash forward fifteen years or so. I had finally had it. I wanted to be the good Christian wife, and be submissive to my husband. But there was nothing to submit to. He didn’t lead. He drifted. It was like being on a ship, but with no captain to guide it. And the waters are full of icebergs, rocky shoals, submerged reefs, and vast stretches of the doldrums. It was terrifying to have my now large family on a ship with no one to navigate these waters.

He was passive, hesitant, didn’t lead as a father should, couldn’t discipline the children, and still couldn’t support his family. I was forced to make every decision, to consider our options with no input from him. I would wait for his input, request his input, but never got it.

One of the reasons why Augustina's comment resonated with me is because I've heard it all before.  After you've worked in a GP (family physician) for a while and accumulated a group of steady patients, people relax with you and like to talk about more personal details. Women love to complain about their husbands, however, the most frequently complaint I get is the one Augustina articulated. I rarely get complaints about all the other stuff. Sure, some complain about their husbands bad habits, snoring or excessive weight but what they most complain about is him "acting like a child". What's become more worrying though, as time has passed, it's not just the married women that are complaining about their husbands but increasingly, girlfriends are complaining of this type of dissatisfaction of their boyfriends as well.

The manosphere nearly all agree that there has been a contemporary deterioration in the "quality" of women, particularly with regard to their femininity, however what the mansophere, particularly the MRA types turn a blind eye to is that there has been a deterioration in the quality of masculinity as well. Our men have become women and women, men.

Augustina's complaints about her husband revolve around what the the medical profession calls a loss of "executive function" and it appears to me that as women mature it is this characteristic that becomes very desirable in a man. Now, in her case, the loss of function seemed to have an underlying medical basis, and I see quite a bit of this amongst the seriously depressed, however, what I'm seeing is an increasing number of younger males who, despite being healthy, have very poor executive function.

I grew up amongst men who were children and adolescents in the post-WW2 carnage of Eastern Europe. They literally had to have their wits about them in order to survive and it was apparent this "training" in their early lives did them well later on. They may not have had intellectual qualifications or social airs and graces but they had their shit together. They could do anything. Slaughtering an animal, fixing a car, disciplining children, home repairs, amateur metalwork, cooking if necessary and so on. They also loved a fair fight. Tough, resilient and "street smart" they had buckets of executive function and would look upon the younger men, raised in more comfortable times, as weak and unresourceful.

Executive function is itself composed of a collection of other human attributes. There needs to be some practical knowledge i.e "street smarts" in how to achieve goals, there has to be industriousness and ability to stick at a task, tenacity in order to face opposition and prudence in know when to act appropriately. Clearly, there are genetic components to these domains of human behaviour; some men are born natural leaders but it's also clear that environment plays an role, and the current cultural-social-political environment is profoundly hostile to it's development. Genetics may set limits on "leadership expression"and executive function but it' s environment which fosters its growth.

Executive function needs a Darwinian environment in which to thrive and develop but our society has become less Darwinian with time.  For example, the social welfare state, protects men from the consequences of their action, so failures (Aspy's, I don't mean the genuinely sick or incapable) just limp along without needing to put any effort into their life. (Big problem in Europe with its massive social welfare state) Men end up being grown "mummy's boys" protected by the state instead of their family.

Prolonged prosperity and wealth also poison its development. Firstly, by wealth providing a buffer between stupid action and consequence and secondly, by providing a secure environment in which thinking about survival becomes unnecessary and executive function thus atrophies.  Witness the effect that loss of employment has on unionised workers who "expect a job" to be there, never ever considering the fact that their job is due to the consequence of some evil capitalist's executive function.

Thirdly, the socialist/egalitarian cultural undercurrent in the West, manifest in so many law's and day to day cultural habits, push away at the man who legitimately tries to assert himself. As Mencken said, the worst crime in Democracy is not to assert your superiority but to prove it.  Thus mediocrity thrives and excellence is quashed.

Fourthly our society's excessive love of comfort and morbid fear of violence contributes to this atrophy.  Executive function is primarily involved with handling of life's adversities. The school bully is proof that evil exists in the world. The question is how to tackle it? Our current system is so aghast at violence that it tends to blame both aggressor and victim when he justly fights back, teaching them that violence doesn't work. Yet history shows that violence does work and passive kids tend to remain passive in the hope that the "system" will protect them.   The state wants to assert a monopoly of violence but it would appear to be that the state needs to leave some room for "limited private violence" in order to encourage the development of masculinity and executive function.

The bleating, by women, that there are "no good men left", should not be dismissed so easily by the manosphere or explained away by the "pickiness of women". Sexual attraction is a pre-wired response largely determined by genetics. If women are finding the average man repulsive it may be due to the fact that society has turned Joe Average into an aberration of nature.
Posted by The Social Pathologist at 9:51 am 78 comments: