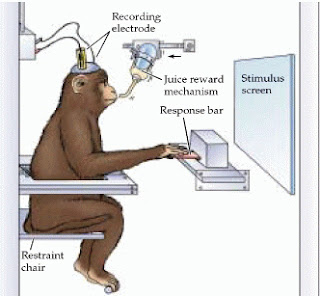 As mentioned in our previous post, most people tend to be Cognitive Misers. i.e. System 1 thinkers. It's important to point out, however, that it's a mistake however to think that System 1 responses  constitute actual thought.  Rather, they're pre-established cognitive solutions (heuristics)--both genetic and learned--which are summoned under the appropriate circumstances.  It's more a higher order reflex than actual cognition. The thing about System 1 thinking, though, is that it is not only a response mechanism but also an interpretive one; the brain tries to fit novel stimuli into "best fit" patterns that correspond to previous experience.

It is this type of thinking is also the cognitive basis for stereotypes. When President Obama bemoaned the fact that women would clutch their handbags when he entered a lift, he really was arguing against human nature. Women, who had previously had negative experiences with black males, will upon meeting an unfamiliar black man, take a defensive posture. It's not racism it's System 1 thought.  System 1 judges a book by its cover.

The whole thing about System 1 is that its operations tend to be pragmatic and its solutions "good enough". Understanding is less valued than just simply getting by. The problem is, though, that getting by is not good enough when you actually have to understand what is going on.

Take, for example, the phenomenon of stalling in flight.  The natural instinct of a pilot, in response to a failure of lift by the wings, is to pull the nose of the aircraft up. This, however, is precisely the wrong thing to do and pilots are therefore trained to act counter-intuitively (against System 1) and push the nose down in order to regain lift. System 1 thinking can thus lead to tragic situations where it is inappropriately applied and is inadequate in complex situations


Which brings us back to democracy and its constituent element; the voter. There is convincing sociological research to show that the average voter is factually clueless when it comes to being informed about politics.There is also  convincing evidence that he is a cognitive miser. So, how then does our basic unit of enlighten democracy make his decisions on the great questions of the day?

Emotion is the overriding influence in System 1 thought Action and interpretation is orientated around emotional congruence. If it feels intuitively right, it is right.  The party, or policy, that most aligns with the emotional state is the one that earns our miser's vote. The neuroscience of emotion is thus fundamental in understanding mass political orientation.

For instance, there is convincing evidence that political orientation has a strong heritable component.
Lots of studies have consistently demonstrated differences in personality between conservatives and liberals. Conservatives being more anxious prone and order focused whilst liberals tend to be more carefree and threat ignorant. Conservative cognitive misers will therefore find emotional congruence with strong definitive leaders with definite goals and plans, i.e authoritarian figures, liberals on the other hand, will find congruence in those whose policies push their neurobiological buttons.

For the cognitive miser, it is the superficial emotional appeal that determines his vote, not an analysis of the content of party policy and its long term effects. If we take a look at German voting patterns between the wars.

A huge amount of the Nazi vote is gained by taking it away from the conservative parties in Germany. Hitler, despite a manifestly left-wing political ideology, was able to dress up his policy in a convincingly right-wing cover. The cognitive misers who were "biologically wired conservatives" joined his party in droves. (Part of Hitler's success can also be attributed to the effects of the economic depression. Cognitive misers, when placed in stressful situations tend to adopt clear cut positions. Notice the rise in the communist vote --Left wing cognitive misers.)

When I put up my post on alpha socialism, some people may have thought that it was an interpretation of politics through the lens of "Game". It was nothing of the sort. Rather, the political phenomenon of Nazism ( and communism) could be be better explained by recognising it as being an ideology in biological synchronicity with the alpha cognitive miser. Note, even being a Nobel Laureate (paging Johannes Stark ) protected one from embracing its stupidity.  But it needs to be remembered for every Rudolf Hess there was an Alger Hiss.  Nazism appealed to conservative instinct just a communism appeals to the liberal, and the American liberals spying for Stalin were just as contemptible as their Nazi contemporaries.

The problem for the right, as illustrated by the Nazi experience, is that the many of the "biological righties" can be won over to the left through an appeal to their instinct rather than reason. Nice agreeable white people, embracing the sexual and political revolution slowly, still embrace the sexual and political revolution in the end. Biological conservatism is not conservatism, and in the end the only thing that stops us sliding towards Gommorah is faith, logic and fact---not feelings.
Posted by The Social Pathologist at 11:31 am 21 comments: