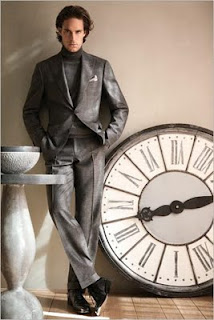 This post is inspired by a post last week over at The Obsidian Files. Obsidian, whom I've found to be a very perceptive social commentator, noted how hard it is for a woman to find a good man. Good men being definitely in short supply.

And I concur; I do think it is difficult for a woman to find a good man. As I alluded to in one of my very early posts on the subject, I've been quite amazed at the number of, what I would consider high quality women, who have presented to my rooms with reactive depression secondary to loneliness. I don't think many men realise just how crushing this is to a woman's self esteem and sense of self worth. Unlike the posse of misogynists that make up most of some of the less salubrious Game discussion forums, I don't think women are in general evil, misandric or hypersexual. Most of the girls that I met in life or in my professional capacity have seemed to me to be normal girls who want to find a good man and settle down. Now don't get me wrong, there are downright mean and nasty specimens of womanhood out there, but they probably in the same proportion as they are in men.

Now many men may think that women's expectations are too high, but I disagree. Women are hard wired to marry at least equal or up, so the higher up a woman is in the world, the higher the man she desires. And for a moment put yourself in the woman's perspective. Suppose you are an average guy, can you make yourself attracted to fat, classless, ho? A woman has to satisfy certain criteria before you start feeling attracted to her. As many of the game commentators have mentioned, many of the Anglo-cultured women have ceased to be attractive. Their manners, grooming, attitude and weight all repulse normal male nature. As men our "hard wiring" finds them unattractive.

I believe the the reason for the "good man shortage" is mainly due to the "success" of of several cultural factors. The widespread uptake of tertiary education by women, the prole drift of culture, particularly male culture and the change in the nature of our tertiary level education: The emphasis of this education shifting from a broad based knowledge, to a high degree of specialisation from the outset.

Now one of the unintended consequences of educating women is that we have raised the bar of what a female considers attractive in a man. In this post I discussed that triggers of sexual and emotional approval in a woman are displays of dominance in a male. Now dominance is a relative thing, for a man to be attractive he must be more dominant than the woman, hence the problem for the super alpha female is that there are actually very few men who are more dominant than her. Her dating pool is actually much smaller than that of her less dominant sister. Now dominance is a multifaceted things composed of what would would consider broadly as masculinity. It tends to encompass a whole concept of virtues, including perseverance, intelligence, strength and so on. Now a man may display levels of dominance but he needs to display them with intelligence, and if this is lacking, then he will be unattractive to an intelligent woman. Himbos are good for short term flings but are not long term committal material.

The "problem" is however, that at the moment, females outnumber males at college. We are doing a better job educating women than men and currently int the U.S. 43% of college students are males and 57% female. Assuming that women don't want to marry down, that means for every female college graduate there is only 0.75 males. Of course the picture is more complicated than this, but just on the basis of the difference in the numbers of the educated, there are going to be a lot of deeply unsatisfied and single female college graduates.

The other issue of course is not just the numbers enrolled but the quality of the education and the differing experiences the different sexes have through college. Universities have ceased to be places of generalised learning, instead they have become institutions of advanced trade, especially in the more scientific degrees. And it's in these courses that the men tend to congregate. On the other hand, the Arts degree's tend still encourage a wider range of learning(at least within the Arts) and the atmosphere of the Arts faculties tends to encourage at least the development of some kind of aesthetic sense. So what we get at graduation is extremely practically skilled but mono-dimensional males, and generally educated( but with limited practicality) women with a cultivated aesthetic sense: Skilled bores vs aesthetic belles; Nerdy/Jock Guy, Arty Chick. Of course, these are broad generalisations, but anyone who has been through the university system will recognise the stereotypes.

In our Westernised "Woman's Nations", our societies are now producing more broadly educated and smarter women than men. But given that women prefer to marry either equal or up due to their nature,it's obvious that there is going to be a severe shortage of men who will satisfy them at the psychosocial level. More and more women will assume power in our societies, but they will rule with lonely hearts. Good men will be hard to find for a long time to come.
Posted by The Social Pathologist at 10:00 pm 6 comments: