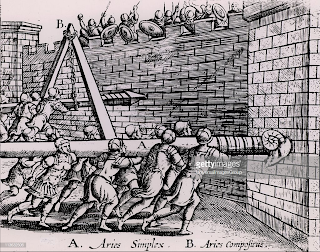 I have been in Italy one week, and have had countless rich, stimulating conversations with Italian Catholic friends. Yet I find that I struggle to convey the gravity of the scandal roiling the US Catholic Church. It doesn’t seem to make a lot of sense to many folks here. Some think it’s nothing more than a political attack on Pope Francis. Others agree that it’s bad, but they say the Church has always been corrupt to a certain degree, and don’t grasp why Americans are so worked up about it.Rod Dreher: The Very Big Deal Catholic Crisis


Massimo Faggioli and Rod Dreher have both been writing--and tweeting--extensively on the sexual abuse saga that seems to have thoroughly permeated the Catholic Church.  While both writers have polar opposite approaches to the issue one thing both can agree on is recognition that American Catholicism is different from it's European version..

Faggioli, particularly, seems to have grasped  just how vast the difference is between the two in mindset,  and recognises that the Europeans have underestimated the seriousness of the American angst--and desired response--to the situation as it is. The Europeans, on the other hand, perplexed as they are by the American response, don't seem particularly perturbed by the saga as their underlying attitude seems to combine both a recognition of the historical corruption of the Church hierarchy and a resignation to its permanence and inevitability.

The Italian response, in my mind, is probably a consequence of Italian culture and I'm not saying this pejoratively. Catholicism has had a long history of illiberality when it came to the rights and opinions of the common man. The laity were subjects to both clergy and nobles and were expected to do what they were told.  Pushback was not permitted, and if the elites or the clergy were corrupt there was nothing you could really do about it: it was a matter for elites to sort out among themselves. This attitude and the reality of life on the ground encultured among the people an attitude of resignation and adaptation.  The family, instead of the State, became the unit of social organisation Any new initiatives were strictly private affairs because assistance from above was likely to be counter productive. It had been this way for centuries and as a result,  a certain resignation cultural resignation within the Italian mindset. You learn to accept it and work around it because there's nothing you can do to change it. When you hear that the local bishop's a pedophile and not much is being done to remove him you've heard it all before; what's the big deal? The Church (clergy) is corrupt.  In a Darwinian manner, Italians have learned to forge a life in a manner which accommodates and accepts institutional corruption.**

This Italian attitude is prototypical of the Latin mindset. One of the things that European, particularly Latin, Catholic culture suffers from is its inability to deal with institutional corruption in any meaningful way. There are many reasons for this. Some are the result of traditional habit, others the result of certain theological biases and it's beyond the scope of this post to go into this deeper, however the overall effect is that corruption remains an entrenched endemic phenomenon.

Protestantism didn't have this problem. One of the main drivers of national development and wealth is institutional honesty and it's no surprise that until the advent of widespread secularisation the Catholic countries were Europe's most backward. Protestantism's apparent economic superiority wasn't just due to the work ethic but the superiority of its institutions, which relative to Catholic ones, were seen to be more honest and efficient.

Protestantism, on the other hand, gave the believer far more legitimacy in public affairs  and the theology of Protestantism expected the  believer to behave act as one of the elect. There was no reliance on the confessional to wipe away misdeeds and poor behaviour was an outward sign of perdition which rightly disqualified a man from institutional office. The net effect of this "theological bias" in Protestant culture was attitude towards institutions which demanded honesty and efficiency.

Which brings us to the phenomenon of American Catholicism. The United States was founded as a Protestant Enlightenment project: the institutional culture is Protestant. While the country was explicitly secular, Protestantism was the de-facto institutional religion of the country and within its theological framework established it's habits, ideas and cultural practices. It was into this culture that the waves of Catholic migrants flooded and eventually became assimilated. However, the assimilation wasn't one way, Catholicism too had to adapt to the culture with the overall result that American Catholicism became Protestantised. (The Church recognised the phenomenon early on issuing an encyclical.) The same phenomenon seems to have occurred in other countries where Catholics lived within a dominant Protestant culture. The Germans and Canadians seem to have been liberally Protestantised while the Americans have assumed more of the conservative faction. Australia seems split down the middle.

Years ago while reading G.K. Chesteron's, Why I am a Catholic, I was struck by this line.


In all probability, all that is best in Protestantism will only survive in Catholicism; and in that sense all Catholics will still be Puritans when all Puritans are Pagans.

What I think what I'm seeing now in American Catholicism, particularly, is the realisation of Chesterton's prophecy, in that it has incorporated the best bits of Protestantism and is now using it as a battering ram to reform the institutional corruption of the Church.  Unlike Latin Catholicism, American Catholicism won't put up with institutional corruption. Massimo Faggioli, in analysing the current situation, sees it as the  machinations of the "right wing" of the American church, using the sexual abuse crisis as an opportunity to dispose of the Pope and his process of reform,  and there is certainly an element of truth in this.  However,  I don't think he fully realises that the current revulsion by the American Church, particularly the laity, is less directed towards the Papacy per se, than the institutional corruption which he is seen to be upholding by failing to adequately deal with the issues at hand. The Catholic Church in America wants the Church leadership to live up to it's ideals. Acceptance of the fallen nature of man as an excuse to do nothing is not going to cut it.

I am generally supportive of Francis and his policy of reform, if not his liberal theology. However I do feel that he his management of the sexual abuse crisis, on the basis of the facts seen by me, hasn't been up to scratch. The Church has got some serious problems that need to be fixed and I'm getting the impression that Luther is going to get his second chance at instituting church reform.

*In other news, Brazilian Bishop Jose Ronaldo Ribeiro of Formosa resigned after he was arrested for stealing $606,000 of diocesan money. Apparently he'd done something similar before and was "transferred". The Church has got some serious problems.

**De Gasperi, one of the great Italian politicians following WW2 shocked Italians by his lack of corruption. To quote Wiki:


It is said that he had to be given a State funeral as he had died with almost no means of his own - a jaw-dropping fact in a country where, even then, politicians were expected to do well for themselves.


Posted by The Social Pathologist at 8:36 am 6 comments: