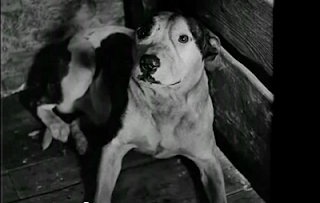 A case currently before the courts, rather unfortunately illustrates some of the points that I was trying to make in My last Post.

Donna Fitchett, murdered her two sons after drugging them. The sordid details can be found here. The usual insanity plea is being entered, though on my perusal of the available facts, there appears no evidence of insanity present. The appears to be no evidence of cognitive divorce from reality. Was is evident from the court reportage is that all the steps were deliberate and premeditated. Evil yes, but not insanity. In fact one bit of the testimony hinted at the diabolical nature of the evil:

Part-way through suffocating Matthew, the family dog became distressed and Fitchett had to take it outside so she could continue, the court has been told.

Nature horrified in the presence of unspeakable evil.

For the record, this woman was suffering from depression, not post-natal depression: An important distinction, though she had suffered from post natal depression before. And while she does appear to be a sick woman, from the facts available, I do not believe the illness an important factor in the crime. Reading a bit more on the case, I feel that its highly likely that her own personality factors were probably a likely cause of her depression and the murders, but that of course is speculation, since the Australian media have very hard time of reporting anything accurately.

Still, what struck me in the above linked article was this bit of testimony:

After strangling Thomas with a pillow and stocking, she then bathed him because she did not want people to think he was not looked after, the court heard.

Amongst all the turmoil that was going on in her mind; while cradling the dead body of her own child, murdered by her own hand, she was still concerned about the public opinion of her mothering skills. Her reputation mattered: Better be thought a murderess than a bad mother. And this is what you're up against sometimes as a doctor, a woman who would rather suffer and die rather than admit that she is having problems looking after her kids.

This is admittedly an very extreme case, but it does go to show just how important a woman's reputation is to her sense of self-worth. It also reveals why shaming is such a powerful mechanism in altering women's behaviour, it hits them where it hurts most; their reputation. We still live in a Victorian world.

Post-Natal Depression arises when the reality of motherhood conflicts with the expectations of motherhood. Now these expectations may be self inflicted--stupid ideas on how to raised children-- or peer pressured, but the reality is that a lot of women do not enjoy motherhood while at the same time strive to be good mothers. And motherhood is not enjoyable for these women because they are not designed to be mothers by temperament. Some women are better off leaving the care of their children to others; staying at home and looking after the kids is literally psychological torture for them. Leaving them at home to look after the kids is a recipe for disaster for the mother and the kids. The Traditionalist position--that the woman's natural place is in the home--is wrong: For some women it isn't. On the other hand, there are some women who absolutely love raising children and putting them into the workforce makes them miserable, they are not suited to it by temperament. The feminist position--that all women should work--is equally wrong. Catherine Hakim's findings confirm this.

The fallacy that many traditionalists, and indeed many women general make, is that a woman who does not want to physically care for her children obviously does not love her children. But there's a logic there that I can't see. After all, as the traditionalists assert, fathers love their children as much as the mothers even though they're away from the kids all day long ''at work". Proximity is a correlate and not a condition of love.

Indeed, the man who tried to save the murdered children was away at work whilst the woman who killed them was at home with them. Which one showed the greater love?
Posted by The Social Pathologist at 9:21 pm 3 comments: