I'm in a curmudgeonly mood tonight. I've had a bad day at work. Too many stupid people in the world.

I've been rather gloomy of late, reflecting on the decline of what was once the pre-eminent civilisation on this earth. And like others, I sense a profound unease about me. That something is wrong, that something malevolent lurks, and that our wealth, prosperity and comfort is all illusory. In the book of Ecclesiastes there is this comment:

5 There is an evil which I have seen under the sun, as an error which proceedeth from the ruler: 6 Folly is set in great dignity, and the rich sit in low place. 7 I have seen servants upon horses, and princes walking as servants upon the earth.

Today we had this article in the local paper; it reminded me of that passage. Typical union blackmail and thuggery. I know many professionals who have studied for years who will not be making that kind of money: ever. Scientists, engineers, teachers etc. It appears that in Australia at least, the benefits of an education certainly aren't material. The average "tradie" in Australia is apprenticed at 16 and on his own at 20. There is no educational debt and frequently much of the money they earn is undeclared.

Now it may appear that I'm just have a case of the sour grapes. Personally I couldn't care less how much these people earn. But in a society where this kind of thing happens it becomes a society that corrodes the value of an education. In the short term it really is no big deal but in the long term it kills the society. Taking a bigger picture view of things, across the board, our politicians have created a system of governance which rewards folly and in turn punishes virtue, not just here in Australia but in all of the West.

How did we get this way? The cause of the West's demise is multifactorial, but if I were to try to reduce it to its bare essence it would be as follows:

1)Bad philosophy or in other words the rejection of traditional morality and epistemology.
2)Uncritical Media: The transmission media of bad ideas. Philosphers influence the media which in turn influences the public.
3)Democracy: The granting of the vote to people by virtue of having a pulse. Take a look at this site. Although it mocks the average citizen who shops at Walmart it bears reflecting that each of these citizens (with such evident good judgement) is entitled to same share of political power as the most prudent and virtuous citizen. They vote like they dress. They are the voting block which bad philosophers rely on to bring their political ambitions to fruition. The left hand side of the Bell curve is the Devil's.

Thinking about it really gets a man down. I mean really down. So many stupid people It would appear that the odds of reversing the trend are insurmountable. Yet there is hope.

As Christopher Dawson once said, If we were to put ourselves in Ancient Rome and ask ourselves where the world's next big idea would come from, no one in their right mind would suggest that the next big thing was brewing in the far off province of Palestine. Still that's what happened. Everything was stacked up against the early Christians, and I mean everything.

Still in the end, they kicked arse. they took over Rome and produced the World's greatest civilisation. No one sane sitting in those Ancient Roman forums would have predicted it. I have this strange feeling, and though it is totally without any logical basis at all, that it will soon be time for round two of Christianity vs the world. And based on past performance I've got a pretty good hunch who s going to win. 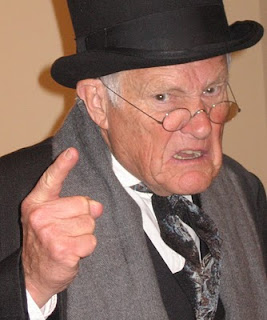 With that in mind. I'd like to wish all of my small band of readers a Merry Christmas. Notice, I did not say Happy Holidays, Seasons Greetings or any other crap. And note as well: Merry Christmas, not Xmas. I don't give a flying fig about the Greek Chi. Peace and Good Will to all men and if you get offended by these sentiments then piss off.

Posted by The Social Pathologist at 10:31 pm 16 comments: 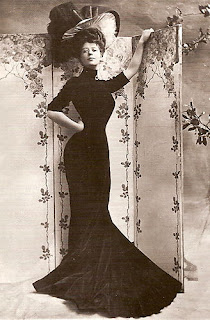 Now admittedly most of the women who did have premarital sex did so with their future fiancee, and sleeping around did not really gain societal traction till the 50's, but what really stands out is the change post WW1. Then as in now, it was the lower classes that lost their virginity first, whilst the better educated and higher classes kept chaste till later. Still the big changes seemed to have happened about the time of the First World War. It really was a different world back then.
Posted by The Social Pathologist at 10:38 pm 13 comments:

Unlike most people, I don't think the Sixties were a big deal. In my mind the great change in the West occurred with the First World War. In the intellectual sphere everything changed then. Central Europe died, Russia(Communism) was born, Tradition in the arts was put aside and modernity embraced. The rot of Western Civilisation set in.

Now whilst I agree that the Sixties were a period of great change, I always had the impression that it was more a time when the veil came off rather than anything new was dreamed up. People's habits did not change as a result of the Sixties, the habits had changed long before; rather a veneer of respectability covered everything and until the Sixties people still paid lip service to traditional ideals.

The profound changes in the Catholic Church were more probably a reflection on the fact that the faith was in reality for most a socially conditioned habit rather than the result of an active faith, and so when it became socially acceptable to leave, people did. Likewise the great sexual liberation of the Sixties was not so much a liberation as an acknowledgment of what was really going on behind the veneer of domestic respectability.

With that in mind this paper should make for interesting reading. This article is also of some worth.
Posted by The Social Pathologist at 10:49 pm 8 comments: