Following up on the previous post I thought I would link a few studies on the subject of homophily.

(I've decided not to provide an exhaustive list of references because this is a blog post and not a formal paper. People interested in pursuing the subject in more detail can try putting the term homophily into Google Scholar and more than enough references can be found)

Homophily is the preference for things which are similar to ourselves. Sociological studies looking at how humans form relationship networks show that humans, nearly always, prefer to associate with people who are similar to themselves. Be that in race, class or custom. Furthermore this preference is observed from a very early age and across all races, well before the affects of socialisation kick in.

An interesting review paper, Childrens Developemental Understanding of Ethnicity and Race is long but worthwhile reading. Paralleling their cognitive development from concrete to more abstract, it appears that children become aware of the differences between individuals from as young as three years of age, and as they mature they become more specific with their understanding of differences. With further cognitive maturity they are able to abstract and  generalise these differences upon groups. It appears that this process is natural, in that it is not the result of parental education or socialisation but rather something that is innate. Attempts to try to thwart this process by trying to de-emphasise the differences only seems to exert a paradoxical effect, in that it results in a greater awareness of them.

McPherson et al, performed a rather large review of the subject, and their findings indicated that:


Homophily in race and ethnicity creates the strongest divides in our personal environments, with age, religion, education, occupation, and gender following in roughly that order.

It therefore appears that when we compare other individuals to ourselves we compare them against some predetermined hierarchy of values. It seems that we seem more attuned to racial differences than we do to educational ones and the fact that differential traits can be stratified in their importance is intself an interesting fact. I imagine that evolutionary biologists would invent some explanation to account for the phenomenon. I myself, prefer to acknowledge its existence and leave unto others speculations as to why it exists.

It appears that we are genetically biased to prefer "similars" overs "differents" and whatever the mechanism involved, there must be some form of cognitive/biochemical imperative that drives this: The selection is favoured by "psychological entropy", in other words, there is some psychological benefit for these choices.

This does not mean that this psychological imperative cannot be overcome. Other studies have demonstrated that in small groups, where there is limited choice in friendship formation, there is less homophily than in large groups. In other words, given a small group of people, a fellow similar person may possess traits which are in the net repulsive, and hence the individuals repulsion may overcome any homophillic tendency towards them, while a different may posses multiple attractive traits which overcomes the homophillic bias. 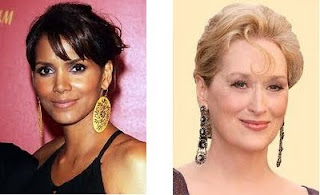 I'm white but Halle Berry possess more than enough positive traits for me to choose her over Meryl Streep: always.

However in large groups, where there are more homophillic "choices" available, statistical probability prevails and people tend to gravitate towards similar individuals

An anonymous commentator sent me a fascinating link to a "turtle and frog experiment";


The social implications of this model are easier to see than the zoological ones. And the most interesting observation to come out of it is that even a moderate preference for living among your own kind can give rise to a dramatic pattern of segregation. What starts out as a salt-and-pepper mixture gradually evolves, over a few hundred iterations, into large blobs of almost uniform composition. Even though none of the individuals insist on racial purity, most of them wind up living with a very high percentage of neighbors like themselves.

It is a human tendency to extrapolate from the particular to the universal, thinking what works locally will work globally, and I think this is source of many of the problems in the West. Because Bill (the Black man) is very good friends with Peter (the Asian) whom he met at work( where there is a limited pool of homophilic choices), we generalise from this particular instance to assume that Asians and Blacks will naturally want to live together.  But this generalisation is flawed because given more choices, Bill and Peter will as a group, chose similars over differents en masse. The natural psychic energy works towards differentiation, even though there may be local areas of mixing.


What these latter processes have in common is that they tend to minimize surface area (or the area of interface between phases). It's not implausible that racial segregation also shares this tendency, and the discovery of a connection between a social process and certain physical systems would be illuminating.

The minimisation of surface area is an attempt to minimise the "energy" of the system. Now I think that there is this analogous "psychological energy" in human beings and it affects human behaviour in such a way that humans drift towards the lowest energy state (Happiness, calmness, etc) I imagine that when people are grouped with other similars,  it results in a low psychological energy state and are hence happy, while when grouped with differents (all other things being held constant) they exist at a higher energy state. There being a psychological imperative towards a lower state which results in happiness and less anxiety.

Now while relationships with similars results in a lower energy state. a similar who has other disagreeable features may may result in a higher "psychological energy state" than a different with lots of agreeable features. In this instance, a relationship with a different is relatively favoured. But this relationship would be at a higher energy state than a relationship between two compatible similars and hence still more prone to separation. This is confirmed in the studies which show that mixed groups have higher rates of dissolution than similar groups. The worker and the capitalist may join forces against the Nazi, but once the Nazi threat disappears they separate into their " entropically favoured" groups.

Now dissimilar groups can be bought together, but it comes at a cost. Since the psychic energy required to live amongst similars is lower than with differents, there is a natural tendency of dissimilar groups of people to seperate and self-identify, the only way to bring differents together is by pushing them together. An overriding power has to push against their natural inclinations and furthermore, the greather the dissimilarity between the two groups, the greater the overriding power that needs to be applied. Take away that power and the groups will seperate again.

Contrary to popular belief, the Serbs and the Croats do not have a long history of bloodshed with each other. Nearly all of it happening in the 20th Century, when they were joined together as a result of a variety of cultural and political forces. Within the former Yugoslavia, the differences between the two groups became more marked as the result of a bloody history and it required the repressive communist state to keep the country together by the application of extremely harsh penalties. When the Communist Government failed and this force was removed, the society reverted to its "least psychic energy" state, it broke apart. Paradoxically, the "ethnic cleansing" may have contributed to some of the stability of the region by separating the dissimilar groups. The only area of the former Yugoslavia that is still relatively "tense" is Bosnia where the groups have been forced to live together.

A multicultural state will only survive as long as it is strong enough to overcome the natural tendency of its constituent members to seperate, the more diversity the stronger the government needs to be to "keep it all together". Should the government fail, the state fractures.

Conservative thinkers have for too long been looking at multiculturalism as a racial issue instead of a human nature one. Pitting race against race instead of the realities of human nature against the fantasy of Leftist thought. People are homophillc in the same way that women are hypergamic, it's a fact of life.
Posted by The Social Pathologist at 5:37 pm 5 comments: