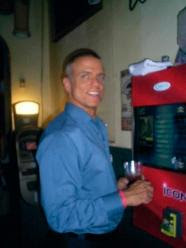 My sympathies and condolences to the victims and their families.
Posted by The Social Pathologist at 8:23 am 3 comments: