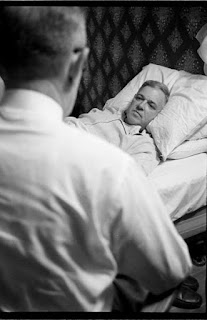 Recently,  Z-man put up a post, Learning from the Past, which I felt deserved some comment. I like Z-man, he's one of the sharpest tools in the shed but the post itself was intellectually incoherent and illustrates just how conceptually confused the Right is when it comes to an understanding of itself.


Similarly, paleos were prone to negotiating with themselves. The endless debating over principles is really just an excuse for not moving forward. It may not be intentional, but that is the result. When the conqueror sets out to sack a city, the one thing he never does is wait until he has a detailed administrative plan for managing the city after the siege. The winners of life never lose sight of this truth. Principles are the things you create after the victory to lock in your gains and give the people a reason to celebrate your dominance.

Another thing that all forms of conservatism in the democratic era have struggled to understand is the role of the pseudo-intellectual trimmer. These are the sorts of people who attach themselves to right-wing movements, and immediately begin working to turn them into useful losers. A good recent example of this is Ross Douthat, who thinks the goal of his tribe is to infiltrate populist movements and then purge them of anything useful, turning them into a uniform that poseurs like himself can wear in the morality play.

This is exactly what happened with the Tea Party. What started out as an authentic white middle-class revolt was quickly hijacked by charlatans. In fact, the grifters arrived so quickly it looked like the Normandy invasion. These types of people operate in the same way English pirates operated in the age of sail. That is, the people in charge give them a free pass, as long as they meddle in the affairs of dissidents. The Right has never figured out how to defend itself from this attack or even tried to understand it.

Now here's the problem; how do you pick who is the pseudo-intellectual trimmer, what's your metric?  What exactly makes Douthat so toxic? Z-man bemoans the influx of underminers but undercuts any corrective principles to identify them.

One of the big reasons why the Right has never been able to defend itself from undermining attacks is because the current definition of the Right seems to be simply "not Left", and that is a stupid definition. Defining yourself by the negation of your enemies principles doesn't exactly reality calibrate you. Being against stupid doesn't automatically mean smarts, because there is always the possibility of being stupid in another way.  And most for most of the 20th Century that exactly what the Right was doing, it was being stupid in its own way. Understand this and you'll understand why the Right has been on a century losing streak.

Because what exactly is "the Left". How does it differ from the Right? Once you start drilling down a bit deeper into the distinctions things aren't as they seem.

It's a shame that Whittaker Chambers doesn't get much love these days because he is deep, really deep. In fact I'd go as far to say that he really needs to be understood as the American Right's only ever political mystic.  Emerging from the cultural and spiritual abyss of the early part of the last century he saw what the shit-fight of the 20th Century was really all about:

What I had been fell from me like dirty rags. The rags that fell from me were not only Communism. What fell was the whole web of the materialist modern mind—the luminous shroud which it has spun about the spirit of man, paralyzing in the name of rationalism the instinct of his soul for God, denying in the name of knowledge the reality of the soul and its birthright in that mystery on which mere knowledge falters and shatters at every step. If I had rejected only Communism, I would have rejected only one political expression of the modern mind[Ed], the most logical because the most brutal in enforcing the myth of man's material perfectibility.

The important line here is "only one political expression" implying that there were other forms of materialist political expression.  This is the key insight.  Chambers recognised that modern materialism could morph into different political forms, different forms which would superficially appear to be mutually incompatible and yet on foundational principles ultimately the same.  Chambers understood that when a Communist fights a Fascist the outcome doesn't matter because materialism wins in the end.  This is why the Left never loses even when the "Right " wins, because the modern Right is merely a differently dressed version of the Left.

The average person doesn't see this is because he is a cognitive miser and judges political ideologies on superficialities instead of foundational principles. They judge on gut instinct instead of reasoned principle.  The sad fact of life is that most conservatives are cognitive misers of a conservative temperament. As long as someone waves the flag, kicks out the wogs and keeps taxes low he becomes part of their club, never mind the fact that the managerial state continues to expand and his freedom becomes slowly diminished. Better managerialism does not get you out of this trap.

Chambers understood perfectly well how to defend the Right from being undermined because chambers understood what this battle was all about. He could not, for instance, ever ally with the Libertarians because he knew that they were selling the same progressivist rubbish, albeit in a different packaging.  His evisceration of Ayn Rand comes from a deep understanding of the philosophical principles from which her ideology arouse. They were the same principles which underpinned Communism, Fascism and  Radical Liberalism. He would have loathed the Neocons.

Unfortunately for Chambers, he was one of the very few people who saw this and that's why he was so despondent, famously stating that he was joining the "losing side" after defecting from Communism. He was literally a lone voice in the Right intellectual wilderness of the mid 20th C.  The key principle that Chambers, Solzhenitsyn and Dostoevsky  had discerned was the 20th Century was going to be a fight between those who saw man as a child of God and those who had cast God out.

The other guy who has a lot to teach us is George Orwell. My impression of Orwell is that while he was not the smartest of men he had that great, but rare, virtue of being intellectually honest and would modify his beliefs in light of the facts. While he, temperamentally, always remained a socialist his intellectual honesty led him to repudiate the contemporary expressions of political Socialism/Communism.  He recognised the other great principle that separates the Left from the Right was Truth.

When Chambers left the National Review he famously told Buckley that he "was not a conservative but a man of the Right."  Chambers understood that the conservative movement had it own pretty lies and he wanted no part of it. From Z-Man again:


They spend a lot of time rehashing old fights and discussing the things they fought, like the Civil Rights Act or the Reagan amnesty, but they always seem to stop at the water’s edge when analyzing these things. It’s almost as if they agree with the Left that these policies were inevitable, due to the tides of history. Part of it, of course, is the losing side never wants to spend a lot of time dwelling on their own failures. Even the humbling experience of being hurled into the void is not enough to overcome ego. We see that on our side of the great divide, where some alt-right figures simply cannot come to terms with the fact that they screw up a lot.

I think there are many people on the Conservative/Dissident/Alt-Right who prefer their pretty lies to the Truth. Belief in "Race Realism" requires one ignore a fair chunk of reality.  IQ fetishists have to explain away why Hi IQ people do dumb things.  Push some of the stupid ideas out there to the limit and they become self-repudiating and start resembling those of the Left.  Hence the stepping back from the brink and the gradual acquiescence. Many of the Right are really crypto Leftists.

Still, I'd give the Paleo's some respect. They were given a bum deal.  The American Constitution, as a stand alone document, was a product of radical Enlightenment thinking with all the errors that entailed, and the only reason why it "worked" was because of the legislative "correctives" that were enacted soon after, and the relatively homogeneous cultural outlook that the U.S. had until the 1960's.  The Paleos who in the whole were reality-calibrated were tasked with defending the indefensible. No wonder that they couldn't real-think to the limit while defending American founding principles.

The "principles" are incompatible.
Posted by The Social Pathologist at 11:59 pm 11 comments: