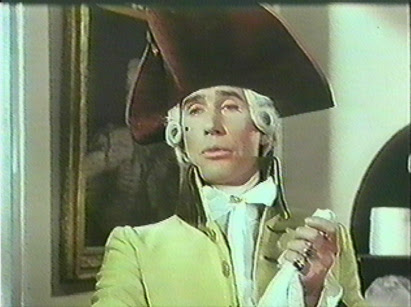 I like to visit Alias Clio's blog from time to time. Recently she has been running a series of "Nice Guy" posts. There well worth a visit and worthy of some contemplation. As I understand it, she was writing about the "nice guy" from the feminine perspective.

I thought I would like to write my own nice guy story.

Several months ago a young man in his 20's--engaged in a creative profession--presented himself to my rooms with his mother.
He was having difficulty sleeping and had lost his appetite and weight His mother stated that he was moody and irritable, and would lock himself up in his room for hours at a time. She was concerned about his behaviour and was concerned that he may have been taking drugs. She was aware that he has was having problems with his long term girlfriend and that their relationship had recently been shaky. I asked him what the matter was:

"My girlfriend wants to break up"

He started sobbing. "It all began after she went to Europe. When she came back she had changed. She started wanting to go out more by herself. She wouldn't call as often and has been cold. I can't live without her(Gasping sobs), I bought her presents, roses and have done everything she wants me to do. I've even written poetry for her. If she leaves I don't know what I'll do". I asked him if he thought about suicide. He nodded his head and sobbed loudly. His mother looked at me grimly.

"How do I get her back? I'll do anything. I've tried talking to her mother to convince her to stay. Her mother is upset at her because she feels we are a good couple. "

Tears were rolling down his cheeks in a small torrent. I empathised with his situation. I too knew of spurned love and how deeply it hurt. But staring at him I felt nothing but contempt. Here was a man who was in his early 20's and had to be bought in by his mother because he was not coping, he was crying in a whining sort of way because his girl was leaving him, here was a man who was prepared to sacrifice his dignity for the affections of a woman who lost affection for him. In short, crying before me was a mummy's boy who had lost out in love. My response was calculated and said in low growling voice;

My words struck him as if slapped on his cheek, his mother nodded approvingly. I continued;

"You've have lost her already, she's staying with you because she feels guilty about dumping you but wants to break up the relationship without feeling bad about herself. She's not comfortable about hurting you, but she has lost all respect for you. She has probably got the hots for another man. If she calls you up, you respond in a measured tone. No anger, but let her know that she has let you down, do not whine. Find yourself another woman. If you get the chance, flirt with other women in front of her. Act like a man." His mother continued nodding approvingly.

I counseled him for a while and suggested that the best strategy to deal with his sorrows would be to find a new object for his affections. At the end of the consultation his mood improved considerably. As he was leaving my room he pulled a reflective expression and said:

" You know Doc, You're right. Just before she went to Europe she kept complaining that I was too nice to her and that she wanted me to be a bit rougher with her, I didn't know what she meant then but I guess I now understand."

I have seen him again. He has another girlfriend. He is happier and is now going to the gym.
Posted by The Social Pathologist at 10:04 pm 3 comments:

Breaking up is hard to do.

A former Greenpeace founder gives his opinion on some of his former mates and thir policy ideas. I especially like the comment about policy being made by people who have no idea about what they are talking about. Makes for good reading.